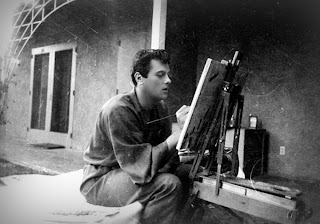 It was great to see Tony Curtis living out his final years. He was the friendly artist--often in a white sweater, shorts and a cowboy hat--active, content and open to the many questions of his fans. I think I will remember him as much for those graceful years as I will for his Hollywood heyday. I found lots of great links paying tribute to this fascinating man:

Some tributes from friends and family— The Guardian

Another nice tribute-- The Sheila Variations

And then of course there’s the TCM marathon. The schedule is at the end of this lovely tribute-- Movie Morlocks/TCM