Guest Classic Links: A Mythical Monkey Writes About the Movies 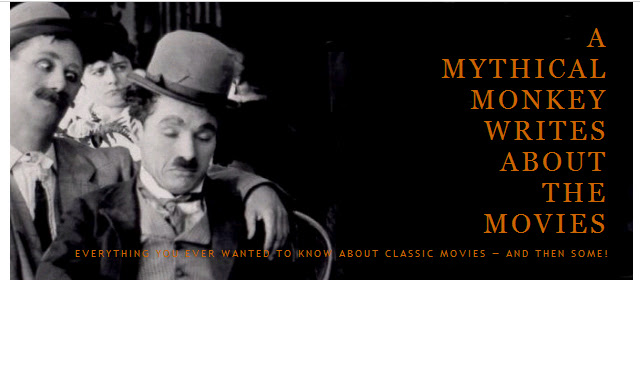 A review of the avant garde short Manhatta (1921) which featured fascinating views of New York in the years after World War I. By whistlingypsy at Distant Voices and Flickering Shadows.

Photographs of famous actresses on boats. By Dsata at Pictures.

A biography of Ramon Novarro with lots of pictures. By Page at My Love of Old Hollywood.

A review of The Killer is Loose (1956), one of the hundreds of great and not-so-great noirs reviewed at Film Noir of the Week, an indispensible blog for film noir fans, hosted by Steve-O.
Posted by KC