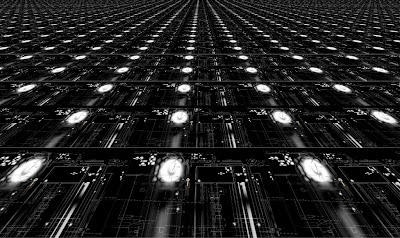 It’s hard to describe the way Thingy blogs at Pondering Life. She’s brilliant in so many ways. Thingy mostly writes about her thoughts on the news of the day, and she does this with equal parts passion and wit, but she might also share an interesting fact she’s picked up or post a few pictures from the on-site cameras she loves to follow. It is lovely to see a national park on a sunny day, or to pick out the shapes of angels in cloud formations, so I appreciate that. She’s also a riveting poet. This woman can write the crap out of a haiku (I apologize for the visual that might have brought up). You can tell in the comments she gets that her writing really moves her readers. Thank you for agreeing to guest link Thingy!

Thank-you, KC, for this wonderful honor. April 20th is an interesting day in history. The birth of Adolph. The senseless killings at Columbine. It also happens to be, smoke a toke day.

These events have left an indelible image in our psyches, and on film. (Unless you smoke- then you might not recall a thing) But, I digress... I have decided to link to some interesting articles that might give more insight about people involved in the craft of illusion, who were born on this day.

Harold Lloyd was born on this day, waaaaay back in 1893. I found an unusual post (new to me) about his glasses. They were his signature prop, and a prop they were. -The Glasses

I don't recall ever hearing about Elena Verdugo, but she sure had some interesting parts in movies. Ghoulskool can tell you more.

I doubt Andy Warhol's movies will ever be considered classics, yet, he certainly was one creative individual. Edie Sedgwick was one of his 'factory' workers, and starred in several of his films. She Was Too Hip for the Room

And then we have, Adolph. Documentaries have always fascinated me. In the hands of the right person, we can learn so much. In the hands of someone blinded by an ideology that did not value human life, we are subjected to a distorted and dangerous viewpoint. I think many would agree, Leni Riefenstahl was good at what she did. Very, very good. Unfortunately, she used her great talent to panegyrize a madman. She was a unique and likable person. Almost. Roger Ebert reviewed the documentary, The Wonderful Horrible Life of Leni Reifenstahl.

Happy Birthday to Abigal Breslin and George Takei! Ooooooh my.