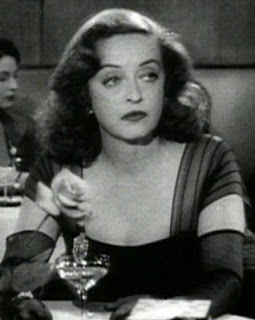 I've got a lot of new things I want to try and not enough time to do them, so it's time for me to do some trimming. This means that I will be putting Classic Links on hold for a while. I'll probably start posting only on Fridays eventually, but I'm not sure yet.

In the meantime, I have a lot of random links in the Classic Movies archives, and I will be sharing those over the next few months. I have some book reviews and Q&As coming up as well, but for the most part, things are going to be different around here and a bit slower over the summer.

I'm looking forward to it. Change can be exciting!

Here's my last regular links post before I switch things up: I've never thought about Bette Davis' eyelid control before. Now I'm obsessed with it-- Observations on Film Art

Marilyn Monroe set for hologram return. Of course she is-- IMDB

Stars on the radio, with radios--this is such an adorable gallery. I love this site!-- Pictures

Book Excerpt: Richard Gregson's heart-wrenching memories of receiving the devastating news that his ex-wife Natalie Wood had died-- The Guardian

Check out all the Hollywood marriage-themed posts for Raquelle's 5th anniversary extravaganza. She's featured some great pairs so far. There's also a great contest to enter. And why the marriage theme? Because she will soon be blissfully wed herself. Congratulations Ms. Quelle!-- Out of the Past

Five Biopics I'd Like to See: this is a good conversation starter. Harlow has been at the top of my list for a while as well-- The Cinementals

I see glimpses of Elizabeth Taylor in these shots of Lindsay Lohan in costume, but that pic of her in the white and green dress just screams Joan Crawford. Oh please let her do that next!-- /Film , Daily Mail