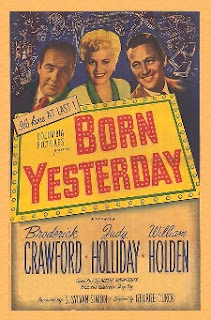 It's always exciting to hear the new selections for the National Film Registry. This year, I'm particularly excited to see Born Yesterday (1950), Kodachrome Color Motion Picture Tests (1922) and Two-Lane Blacktop (1971) on the list. The diversity of the selections always impresses me.--/Film

I love this: Leonardo DiCaprio bought the Casablanca piano with a friend so that they could donate it to the Los Angeles County Museum of Art--About.com

I've never seen any of these classic holiday pics before. They're so charming--Pictures

Shirley Maclaine amazes me. She's led such an intriguing life. This article about the real life subjects of Bernie (2011), which stars Maclaine, is interesting in many ways, but I was particularly struck by how this versatile star has continued to play strong roles, and how much life seems to fascinate her. I can't wait to watch her with Dame Maggie in Downton Abbey--The Telegraph

Frank Langella has interesting ideas about human relationships and technology. He comes off a bit more considerate here than he does in his autobiography Dropped Names, which I recommend.--The Guardian