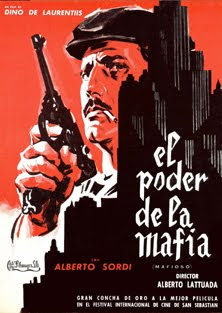 Mafioso (1962) was a surprise for me. I thought it would be a goofy comedy, but it was much darker and more complex than that. This review captures its unusual tone--Criterion Reflections

Here's a list of the 25 films selected for the National Film Registry in 2012 with helpful descriptions. It goes into the perfect amount of detail for those who simply want to know the basics about less familiar titles--
Mental Floss


I can't believe the Up series has gone to 8 installments! Now the group is 56-years-old. Wow--NPR

If you're feeling Kickstarter-ish, here's a worthy project: a documentary about director Dorothy Arzner--
Kickstarter