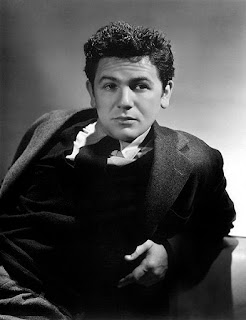 There's going to be a John Garfield blogathon in March. What a great idea!--They Don't Make 'Em Like They Used To

Grace Kelly's children don't approve of the new biopic being made about their mother. I just can't get past the casting. I think I've said it before: Nicole Kidman is just too Nicole Kidman-y to be able to play anyone else--The Guardian

I can't remember how I came upon this interview with Celeste Holm, but I almost wish I hadn't. I had no idea she'd had so much trouble with her sons late in life. And that she had such a young husband!--NY Times

Did you know that Marlo Thomas is Loretta Young's goddaughter? It sounds like they had a charming, but powerful relationship--Movie Star Makeover

Raquel has shared a bunch of links to 1930s movies that you can watch for free on TCM. I remember watching Double Harness (1933) on the site years ago, so I have the feeling they'll be up for while--Out of the Past

I love Laura's review of Les Demoiselles de Rochefort (1967), and only just a tiny bit because I agree with everything she says--Who Can Turn the World Off With Her Smile

Natalie Wood's death has been reclassified. I know I don't really want to know what happened to her, but I still can't stop wondering. I'm sad that such a lovely person had to go that way--The Guardian

Clark Gable's fancy sportscar is going to be auctioned. I don't consider myself a car person, but wow, this one is gorgeous. The kind of ride you wouldn't want to set foot in unless you had a long flowy scarf around your neck--Fox News