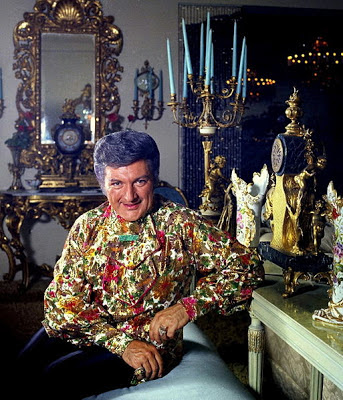 There's been a lot out there about Liberace lately, due of course to the new Stephen Soderbergh TV biopic. Here are a couple that I especially enjoyed:

Lou Lumenick finds a lot of similarities between the Behind the Candelabara (2013) biopic and Liberace's only film, Sincerely Yours (1955)-- NY Post

Hmmm, a new James Dean biopic. I'm so curious to see who they'll cast in the lead--/Film

King Kong the stage musical? I hope this goes on a world tour. I'm not sure about their Kong though. Its head looks like a large, angry prune--The Guardian

Leonard Maltin on a screening he presented of Lady for a Day (1933), an unsung Capra movie that deserves greater attention. The cast is just marvelous. All movies should have Warren William and Glenda Farrell in them-- Leonard Maltin's Movie Crazy