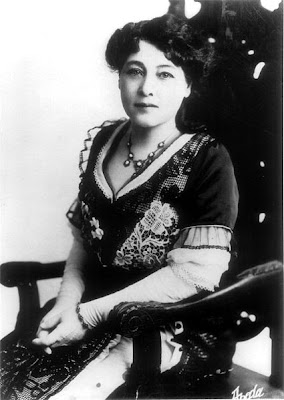 I'm thrilled that the Kickstarter for Be Natural, a documentary about pioneering director Alice Guy-Blache, which has been two years in the making, has been fully funded, and then some! Here is a chance for yet another talented woman to take her rightful place in history. The project got lots of media attention, including a nod from CNN. I'm fascinated by the possibilities of crowdfunding. It may be the only way some important voices can be heard. Aurora has written a wonderful post about the campaign and Alice--Once Upon a Screen

RIP Julie Harris, an actress who was versatile, and yet consistently aroused empathy with her performances. I first enjoyed her in East of Eden (1955) and I think I liked her best in Member of the Wedding (1952), where she really made me feel the loneliness of not fitting in. Tom of Motion Picture Gems was lucky enough to get a signed photo from Harris, which he shares here--Motion Picture Gems

Torchy Blane: the fast-talking inspiration for Lois Lane--Comet Over Hollywood

This is beautifully-written review of that pre-codiest of the pre-codes, Mandalay (1934), with Kay Francis--
Let's Misbehave: A Tribute to Pre-code Hollywood

Another pre-code-themed delight: this is a fascinating post about Gable in his early career, when he evolved from a mean-spirited villain into a new kind of male screen idol--Mondo 70