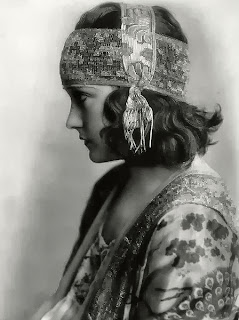 This is an interesting review of Manhandled (1924), starring Gloria Swanson. I like the idea that photos could not capture her greatness, you have to see her in motion--Movies Silently

I can't wait to see the new Errol Flynn biopic. Kevin Kline is a good fit to play the star in his later years--About.com

Speaking of Flynn, his boots from The Adventures of Robin Hood (1938) are going to be auctioned this month--Daily Mail

The Grace of Monaco trailer looks like a perfume ad. Are they afraid for us to hear Kidman speak as Kelly?--/Film

Don't forget to check out the Journalism in Film blogathon this weekend. Looks like a fantastic line-up--Comet Over Hollywood

Elektro is one funky looking robot. How have I not heard of him before?--Warner Archive Tumblr

Here he is in action. I had no idea I was saying "rabat" wrong all these years: