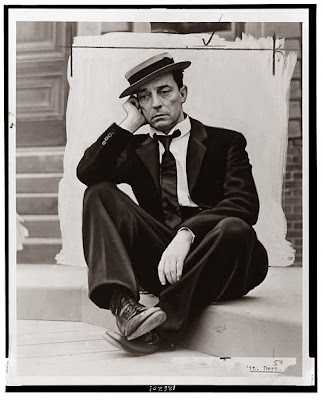 Missing footage from Samuel Beckett's Film (1965) has been found, a discovery that is exciting because this short flick features Buster Keaton. I hear making the movie was an unpleasant experience for Keaton and that he and Beckett didn't really get each other, but I'm dying to see what this collaboration produced--via Silent London

This post interested me beause I just watched Incubus (1966), the William Shatner horror movie filmed in Esperanto, but I ended up loving it because Erich explains perfectly why we go to the movies. I never thought about it before, but he nails it--Acidemic


Two amazing interviews were posted on Backlots this week, one with Joan Fontaine, in celebration of her 96th birthday and the other with Victoria Wilson, author of a new, epic biography of Barbara Stanwyck.

This new set of John Ford films sounds interesting. Three of the titles have never been released on DVD--Movie Crazy/Leonard Maltin