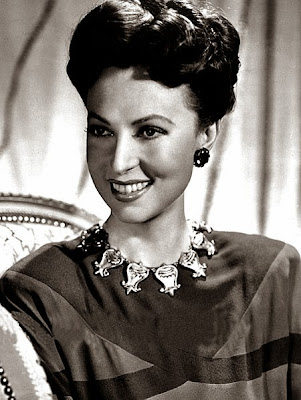 This epic profile of Agnes Moorehead is delightful in so many ways. What a versatile actress. She was also an unusual beauty, something she didn't seem to find that important, which is probably part of the reason why she had such a varied career--Movie Star Makeover

I love this interview with Christina Rice, author of the Ann Dvorak book I reviewed yesterday, because she's so honest about how difficult it is to write a biography, and books in general. She had a particularly challenging task in researching this elusive actress and she managed it beautifully--Dear Old Hollywood

A peek at the Warner Studios VIP tour, which sounds like classic movie nerd heaven--Backlots


Jean Darling of the Little Rascals performs again! She's as charming as ever in this short film directed by René Riva: