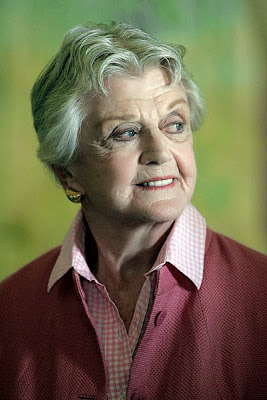 Angela Lansburgy has her Oscar. It's about time--Motion Picture Gems


Love this post about pre-code exploitation films. I'm pretty sure I will giggle every time I see the title, Elysia, Valley of the Nude (1934)--Let's Misbehave: A Tribute to Pre-Code Hollywood


The recently published Hollywood in Kodachrome, by photographic preservationist David Wills and designer Stephen Schmidt sounds like a gorgeous book. Well, I can't review them all (I've been trying), but check out this gallery of shots from the book. Stunning--The Guardian

Hard to believe that Backlots is having its third annual Dualing Divas blogathon! Check it out, or sign up to participate, December 22--Backlots

Despite rumors of a low budget sequel being made to It's a Wonderful Life (1946), with Zuzu actress Karolyn Grimes playing an angel, it is unlikely to happen. Paramount owns the rights to the story and appears to be determined to hold on to them.(There's a dead trailer in the post. I think they were trying to link to this.) Grimes is a sweet lady, but thank heaven they're not making this--
The Film Stage