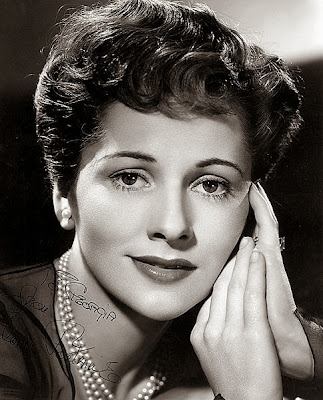 Sheesh, what a week for classic film fans. Audrey Totter, Peter O'Toole, Joan Fontaine and Tom Laughlin, all gone. Though they lived long, fulfilling lives, I think these particular stars had the reputation of seeming more sturdy than your typical mortal. With Fontaine in particular, fans seemed shocked that it was even possible she could leave us. Of course, we care because all of them were brave enough to share their unique and formidable talents with a grateful public. It may also be particularly painful to lose this crowd because they were all known for being deeply appreciative of their fans.

I'm sure the tribute post by Fontaine super-fan Farran Smith Nehme has already made the rounds, but I wanted to give it yet another puff of attention, because it says so much about why the death of a star we have never met can still cause us to grieve.

I like this gallery of Fontaine shots. They even included Born to Be Bad (1950)! I still can't believe she looked like this nearly 50 years after winning her Oscar.

It appears that Lara of Backlots conducted Fontaine's last interview; an especially meaningful honor, as she did not conduct many interviews after her retirement.


Audrey Totter is the least well known of this quartet, but she holds a special place in the shadowy world of noir. She was best known for playing the bad, or at least troubled, girl in flicks like Alias Nick Beal (1949) and Tension (1949) (Totter was super mean in that one, but I was on her side because she was so much more interesting than Cyd Charisse.) In flicks like The Set-Up (1949), she proved to also be deeply effective as a kinder soul. I like a lot of films better simply because she was in them.

If you want to learn more about Totter, you can do no better than Eddie Mueller's excellent interview with her in Dark City Dames. I enthusiastically recommend this book to anyone who adores film noir. 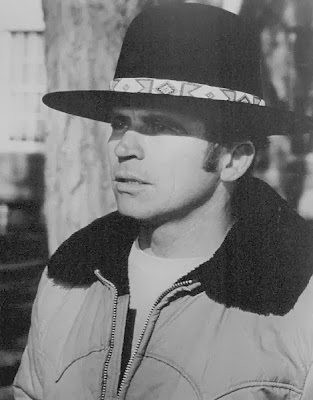 I have to admit I've never enjoyed the films of Tom Laughlin. I guess I don't have the sense of humor to appreciate the idea of a pacifist who doles out karate kicks. I'm still traumatized by the hideous villains in his The Born Losers (1967), which is a tribute of sorts, because he really brought out the evil in those characters. That doesn't mean I don't admire Laughlin though. He was passionate about his beliefs and he had the talent and savvy to build a huge audience for his films, which were in essence a personal platform. I hope his determination and courage inspire a new generation of filmmakers.

This brief, but effective tribute from NPR describes Laughlin's appeal and impact beautifully. You can also listen to a snippet of One Tin Soldier, the opening tune from his biggest hit, Billy Jack (1971), and a song that remained closely associated with the star.

If you're interested in learning more about the Billy Jack phenomena, this post at Mental Floss is a great start. 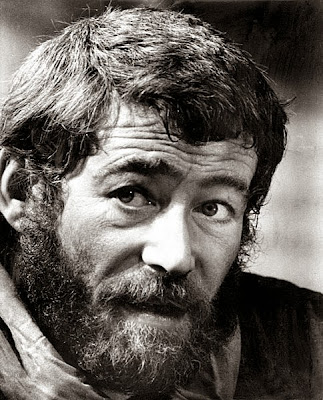 I'm stunned that Peter O'Toole lived as long as he did. Despite a wild youth, he seemed to buy himself some time when he stopped drinking in the seventies. He certainly packed a lot into those years, and while I'm sure he left quite a bit of damage in his wake, he definitely lived life to the fullest. I don't know if O'Toole's remarkable talent will ever be fully appreciated. He was just so darn sexy, even when he was no longer beautiful. You could get so wrapped up in the force of his charisma that you would forget how impeccable he was as a performer.

I love this list of 10 remarkable things about O'Toole. I wonder if anyone could get away with those eccentricities today?

This tribute from Dlisted is one of my favorites, partly because he mentions How to Steal a Million (1966)!

And of course all of this means that TCM had to make a few additions to TCM Remembers. Get the tissues out.

Don't forget to try my holiday movie screenshot quiz! I know these are busy times, but I'm dying to see how you all do. I think I'll share the answers on Monday, 12/23. Check it out!