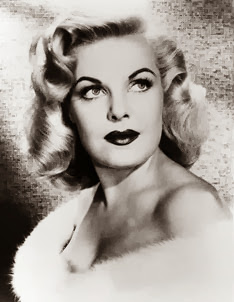 I adore Cleo Moore, so it was great fun to read this post about her role in The Other Woman (1954) and her long working relationship with director Hugo Hass. Mark doesn't think as highly of Moore as I do, but I think he's fair in his assessment of her--Where Danger Lives


Joan Fontaine and Olivia de Havilland may not have been able to get along, but that doesn't mean there wasn't a bond between them --UPI


There are so many must reads on Thomas Gladysz' list of the best film books of 2013. It was an amazing year for readers who are also classic movie fans. As those of you who come by regularly know, I found many of these title irresistible. If only I could have read them all!--Huffington Post


This is a great list of 100 essential films from Alamo Drafthouse. It seems to cover just about a little bit of everything, but alas, no Bollywood--/Film


If you aren't already following this photo blog, take a look. It has the most beautifully-curated theme posts. A wonderful appreciation of classic Hollywood--Pictures


Whether or not you've read the recent Ann Dvorak book, if you're a fan of Dvorak, check out this lecture presented by her biographer Christina Rice. I started it expecting to watch for about ten minutes and ended up being so fascinated that I stuck around until the end--Ann Dvorak:
Hollywood's Forgotten Rebel


Alicia Meyer confronts Ben Urwand during the Q&A portion of one of his lectures. This woman has ovaries of steel!--Hollywood Essays


Silly me! I almost forgot to share the answers of the Holiday Movie Screenshot Quiz. I've posted them in the comments of the original post. Thanks to those of you who participated.