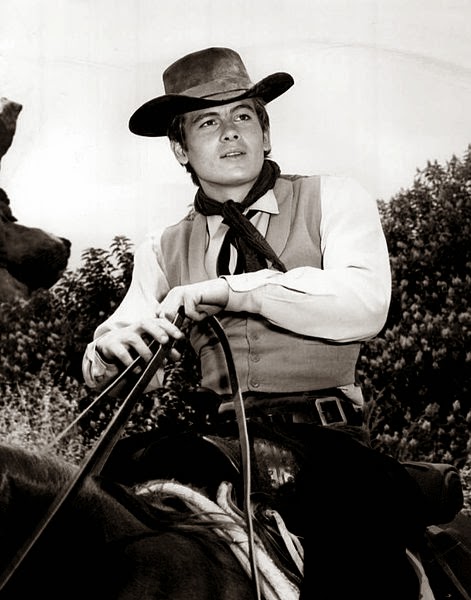 RIP Christopher Jones, 72. He's best known for his  role in Ryan's Daughter (1970). I've only seen him play a counterculture anti-hero in Wild in the Streets (1968), a great hippy dippy rock 'n roll flick that isn't terribly good, but has enough great moments to have drawn me back to it several times. I was saddened to learned he quit acting because he had a nervous breakdown, partly due to Sharon Tate's death--Alt Film Guide

Goodbye also to Ann Carter, 77, most famous for playing the troubled little girl in The Curse of the Cat People (1944) who is helped by the ghost of Simone Simon. A sweet performance in a tender film that belies the doom of its title. Her career as a child actor was cut short by polio--Variety

I love that TCM has selected 20 super fans to be guest programmers. The winning entry is impressive; very polished--Zap2It

When I saw the title When Buster Crabbe Taught Me to Swim, I expected a fun little story. Instead, I ended up thinking he was kind of an ass, though I'm sure his methods were very much of his time--Do You Remember

I had no idea Chaplin wrote a novella, but it doesn't surprise me. It seems like he tried to do a little bit of everything. He never meant for it to be made public, but his family has finally consented to having it published--The Guardian

Here's an excerpt from Chaplin's book, called Footlights. It would form the basis for his last American movie, Limelight (1952)--The Guardian