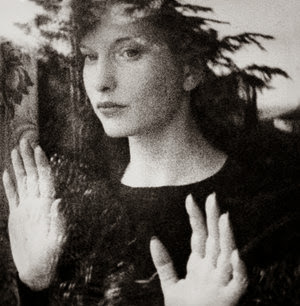 I've always felt a sense of dread watching Maya Deren's films. Even something as simple as a group of dancers moving in front of a starry sky can be nerve-wracking. That's why I love this post, which directly connects this experimental filmmaker to horror flicks past and present. It isn't certain that all the directors mentioned here were influenced by Deren, or she by film pioneers, but I can see how it would be possible--Movie Morlocks/TCM

Laura has posted a great review of the Los Angeles version of the TCM Locations bus tour. A bus full of people who love classic movies. That sounds fantastic--Laura's Miscellaneous Musings

Once again Kay has posted a fabulous piece on dressing for TCM Film Festival. Check out her essential guide festival fashion guide from last year as well--Movie Star Makeover

I just learned that Věra Chytilová, Czech director of the wonderfully strange and strangely lucid Daisies (1966) died earlier this month. This is a great post about the film. It made me want to see it again immediately--Cinema Fanatic

What an amazing idea: Vintage Movie Classics is a new imprint that will bring back into print several novels that were made into beloved films--Out of the Past

I love Leonard Maltin's commitment to writing regular reviews of movie books. His latest is of a novel which imagines the relationship between Mack Sennett and Mabel Normand. This is the perfect way to approach a story where the facts are so difficult to determine--Movie Crazy