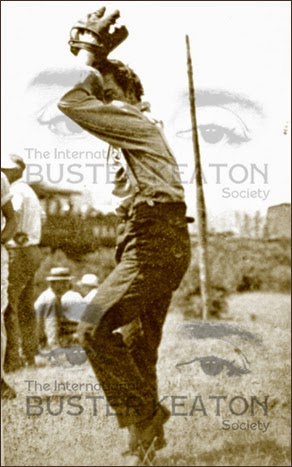 This is amazing: a box of photos taken on the set of Buster Keaton's The General (1927) was recently found by a descendent of the photographer. In a separate discovery, an annotated version of the only known script from the movie was found at auction. Both of these finds will be featured in a new book, along with other rare and unpublished material, to be published by the Buster Keaton Society. I can't wait to see this book!--Leonard Maltin/Movie Crazy


I love the Guardian's series of articles about how classic films were made, though their quality varies, depending on what the people interviewed share about the movie. This piece about Disney's Sleeping Beauty (1959) is especially entertaining because the actress who voiced Princess Aurora has such great stories. I love how multiple women in the cast had a crush on the shy actor who voiced the prince--The Guardian


Aurora has put together the most amazing Judy Garland gallery to commemorate the 45th anniversary of her passing. It covers every phase of her life and career--though were those two ever truly separated?--Once Upon a Film


Why Betamax lost out to VHS. There's a lot of great information in this 3 1/2 minute film. I loved being able to see what a videotape looks like when its playing inside the machine--Mental Floss


I've been loving the underrated detective/mystery movie series at Rupert Pupkin Speaks. This recent list by Aubyn Eli of The Girl With the White Parasol gave me so many ideas for things to see. I've got to see that killer mermaid movie--Rupert Pupkin Speaks

Supposedly, the oldest working film professional is 105-year-old Portuguese filmmaker Manoel de Oliveira. This is an interesting post about him and other centenarians who have worked in the movies--Alt Film Guide