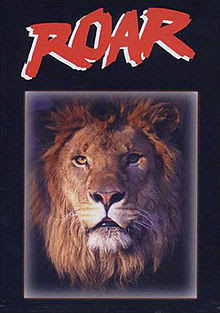 These shots of Tippi Hedren, daughter Melanie Griffith and family at home with their lion are both sweet and frightening. I wonder what that maid thought of it all?--Mashable

There have been lots of different viewpoints about the recent Turner Broadcasting Network layoffs, which unfortunately affected several TCM employees. Check out these thoughts from Once Upon a Screen, Cinematically Insane and Forget the Talkies

James Spader has a glum outlook on the future of classic films. Since I've had better access to the classics with each year, I can't quite understand his cynicism, but he does make some good points about the future of film--The Guardian

A copy of a 1916 film version of Sherlock Holmes has been rediscovered. A print will be shown at the 2015 San Francisco Silent Film Festival. Can't wait to get a chance to see this!--TCM/Movie Morlocks

I was sorry to hear of the death of Geoffrey Holder, most famous for his role as Baron Samedi in Live and Let Die (1973), but beloved to me because he was Punjab in John Huston's Annie (1982), which I adored as a child. He had such a marvelous voice. It hasn't been a good couple of months for Bond villains--The Guardian
Posted by KC