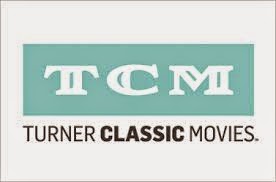 Great news about TCMFF 2015 this week. Restorations of Apollo 13 (1995), Spartacus (1960), The Hunchback of Notre Dame (1939) and Steamboat Bill, Jr. (1928) are the first schedule announcements. That last flick will also feature the debut of a live score by Carl Davis. Watching Why Worry? while enjoying Davis' score was one of the highlights of last year's festival, so I'm especially excited about that one. Passes go on sale November 13th. There's a presale the day before for Citicard holders.

In keeping with the great relationship it has with its fans, TCM is launching a series of TCM Fan Favorites spots, featuring a handful of names that will be very familiar to classic film lovers who frequent Twitter. Aurora of Once Upon a Film was one of the selected and she shares her story about how it all unfolded and the names of the other fans to be included in the serires--Once Upon a Film

I didn't think I could love Sophia Loren more, but after seeing this story make the rounds this week...--Pajiba

I enjoyed reading this thoughtfully executed post about Audrey Hepburn's career. It's a good assessment of her strengths, limitations and often underrated intelligence--The Dissolve

Alfred Hitchcock's long thought lost silent Mountain Eagle (1926) has been rediscovered and it sounds like an interesting flick. Even better, it's going to be made available on Blu-ray and DVD--
Alfred Hitchcock Geek


It's been a tough couple of week for home entertainment. Warner Bros Studio is expected to cut 1000 jobs, some of which are in the home entertainment department and the TNT (and TCM) blackout on DISH continues as things appear to get increasingly bitter.

So many good new books coming out. Wish I could read them all. Here's a couple that stood out this week: