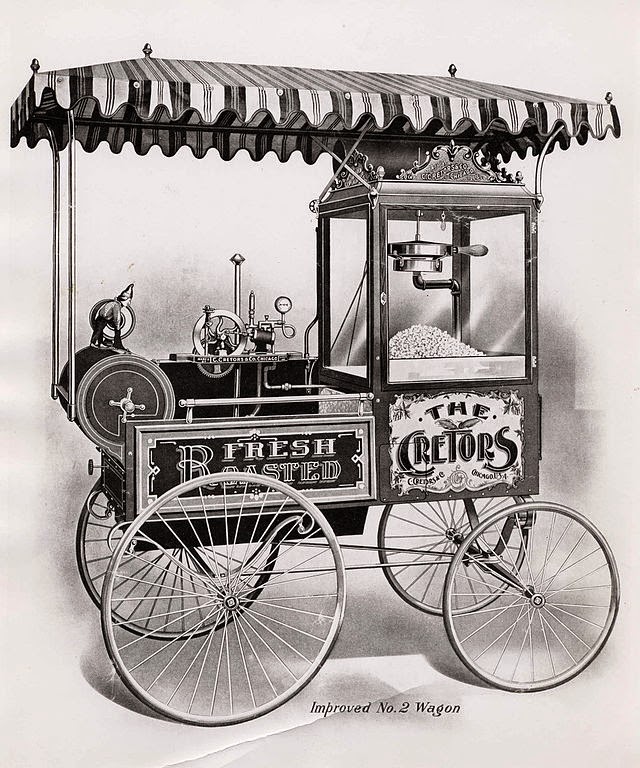 There's a lot more to the history of popcorn in movie theaters than I realized. Very interesting post--
Mental Floss


Overstock.com is going to offer a streaming service? When things The Onion predicts happen in real life, we're all in trouble! I'm very curious to see what they might have to offer classic movie fans. I'm guessing not much, but I've found some good things on Amazon Prime, so who knows? (I love the commenter who suggested Etsy start their own service with "homemade" versions of movies)--/Film

This book about the very early days of Technicolor (1915-1935) sounds fascinating. It's amazing to think that there were even color silents!--The Black Maria

We didn't need an academic study to know The Wizard of Oz (1939) is the most influential Hollywood film, but it's amusing that someone made the effort to find out for sure--The Guardian

I've been curious about classic Mexican movies for a long time, and really enjoyed this review of Las Abanonadas (1945), starring Dolores Del Rio and Pedro Armendariz, who both made Hollywood films as well--Once Upon a Screen

There are all sorts of ways the 50th anniversary of The Sound of Music (1965) will be celebrated, including that it will be the opening night film at TCM Classic Film Festival, with special guests Julie Andrews and Christopher Plummer--The Dissolve

And as was mentioned in the article above, a restored version of the film will show in theaters nationwide on April 19 and 22--Variety
Posted by KC