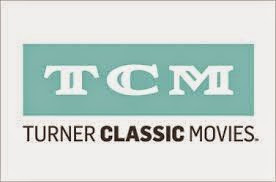 I am delighted to announce that for the second year in a row I will be providing coverage of the TCM Classic Film Festival as an official member of the media.

Now that I've had a taste of it, nothing could have kept me away from the festival, or prevented me from sharing my experiences, but with credentials, I am able to share so much more. I'm grateful for the opportunity!

At the top of my festival list: seeing Sophia Loren and Ann-Margret, and hopefully covering this year's handprint ceremony (which I hear will honor festival guest Christopher Plummer). I'd also love to attend the screenings with newly-added guests Shirley MacLaine and single-time Bond George Lazenby, as reported in The Hollywood Reporter.

More films I'd like to see: 42nd Street, Pinocchio, hand-cranked films from 1902-1913 (including my beloved Melies), Buster Keaton in Steamboat Bill Jr. and of course Calamity Jane, one of my favorite Doris Day films.

The list of offerings at the festival gets better every day and I am so excited! This year I will also give a heads up on Twitter as to the screenings I am attending, so if you are flying solo and need a seatmate, just tweet at me at @classicmovieblg and come join me.

On to more links:

Can you name all the one-word Oscar best picture winners? Apparently I can't, which wouldn't bother me so much if I didn't practically ace the quiz on almonds.

If you covet those funky Lego Oscars featured on the ceremony this past Sunday, never fear, here are instructions for making one of your own.

This exhibit featuring costumes from classic movies looks stunning. One of these days I'm going to make it to one of these events, even if it is across the world.

Alfred Hitchcock's Rear Window (1954) will return to theaters on March 22 and 25 as part of another fantastic Fathom/TCM event. This time Ben Manckiewicz will be introducing the film.
Posted by KC