I love this Gloria Grahame gallery. She seems like she was truly a tough dame-- Film Noir Photos

I’ve been enjoying this blog lately. Here’s a nice tribute to Myrna Loy-- My Love of Old Hollywood

Part I of the greatest posters of film noir. This is going to be a fantastic series-- Where Danger Lives

Joan Fontaine in Flight to Tangier (1953) Olivia and Joan: Sisters of the Silver Screen
Posted by KC 2 comments: 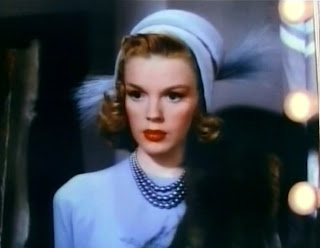 If I'm such a legend, then why am I so lonely?

This is a lovely tribute to Fay Wray. She doesn’t get nearly enough attention— My Love of Old Hollwyood

1920s wedding dresses were so cool. I often wish I would have gone with that style for my own wedding— Perpetual Flapper

I love this short, but effective review of The Lodger (1944)— Persblanc's Classic B-Movie Reviews
Posted by KC No comments:

The film preservation blog-a-thon returns! This time we know what we are saving—and it’s film noir-- Self-Styled Siren

Ida Lupino as a spinster-type in Jennifer (1953)-- Where Danger Lives
Posted by KC No comments:

I’ve been wanting to see Make Way For Tomorrow (1938), but it sounds so like such a bummer. I know it sounds shallow, but I don’t want to be sad!-- The Guardian

I love these pics of movie stars on the set, especially the shot of Liz Taylor and James Dean horsing around. It looks like they had a lot of fun together.-- Vintage Stardust
Posted by KC 2 comments: 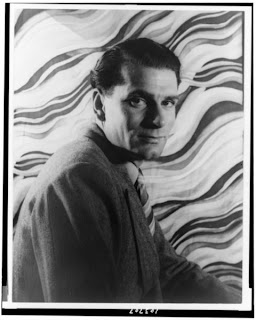 I have to act to live.

The complete new version of Metropolis (1927) is now on Netflix instant play.— The Criterion Cast

The Jimmy Stewart Museum is in danger of closing—WJACTV.com

Brother Orchid (1940) Edward G. Robinson is remarkable in this flick— Out of the Past

Warner Bros. Wants Robert Zemeckis to Direct Wizard of Oz Remake Based on the Original (Remember Psycho (1998)? Yikes. Want to bet it this Oz will be in 3D?)-- /Film

These promo pics of Jane Greer are racy for 1947! They’re actually pretty cute, because she looks like she’s being Jane—not Out of the Past Kathy— Film Noir Photos
Posted by KC No comments:

I wish I had time to listen to these radio programs starring classic stars. They look wonderful— Java's Journey

Jean-Luc Godard and charges of antisemitism The Guardian
Posted by KC 3 comments: 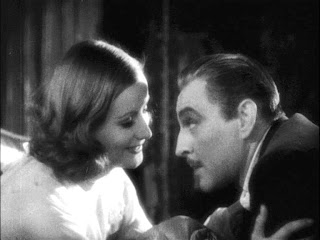 So many beautiful women and so little time.

The devastating Heroes For Sale (1933)— Another Old Movie Blog

The rare Something to Live For (1952) with Joan Fontaine, Ray Milland and Teresa Wright is on YouTube, for now. Catch it while you can!— Self-Styled Siren

The Night of the Hunter (1955) gets a Criterion Collection release.-- Slate
Posted by KC 2 comments:

If you didn’t catch this over the weekend, Doris Day recently gave a rare interview. I first saw this on Java’s Journey—Raquelle at Out of the Past also posted about it. I haven’t had a chance to listen yet!--
Java's Journey
Out of the Past

I like these reviews of strangler pictures. I didn’t realize how many there were!— Lazslos on Lex

These shots of the locations from Union Station (1950) are great because the station looks so much like it did 60 years ago. What a gorgeous building-- Dear Old Hollywood

Thank you to Raquelle for letting us media-reviewing bloggers know about the FTC rules about disclosure of review copies received. This ruling bugs me. I don’t make endorsements; I write reviews—and getting a book—or more often a PDF of a book isn’t going to sway my opinion any more than that of a professional reviewer. I don’t want you all to spend money on something that isn’t good—so I stay on the up and up! But disclose I will.-- Out of the Past
Posted by KC 3 comments: 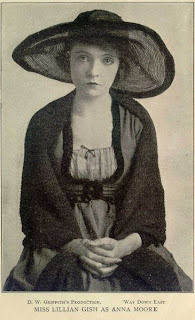 It was a dedicated life then. You had no social life. You had to have lunch or dinner, but it was always spent talking over work—talking over stories or cutting or titles.

Alain Delon will be 75 soon. I love having an excuse to mention him— Movie Morlocks/TCM

Bette Davis was dishy when she was young. Maybe the Girl From 10th Avenue (1935) wasn’t one of her best, but she looked fantastic— She Blogged By Night

George Lazenby, my favorite Bond (He got Diana Rigg—how could there be a better Bond than that?), is writing his autobiography.— IMDB
Posted by KC No comments:

A couple of dreamy Burt Lancaster pics and a good viewing list of his best flicks— Art, Movies, Wood and Whatnot

A nice tribute to Glenda Farrell, lots of screenshots— Allure

The results of the TCM survey that compared today’s stars with the stars of the past. The result: there is no comparsion!— TCM
Posted by KC No comments: 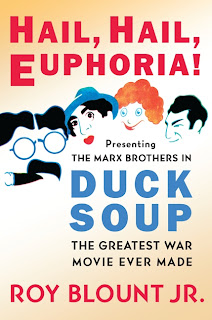 If you want to know the definition of a “gookie”*, then you must read Hail! Hail! Euphoria! Roy Blount Jr. approaches his history of the Marx Brothers classic Duck Soup (1933) as a well-read fan, and he gleefully geeks out on bits of trivia like this one.

Hail! Hail! Euphoria! weaves a buoyant shot-by-shot analysis of the anarchic comedy with anecdotes, history and gossip about the Marx clan. There’s a nice history of the brothers, including a revealing tribute their devoted and determined mother Minnie (she sounds like a character. I would have liked to have seen her in the movies). Blount also pays tribute to matronly straight woman Margaret Dumont and director Leo McCarey, who was out of his element with the Marx boys, but directed a masterpiece nevertheless.

Blount’s research is extensive, and there are footnotes on nearly every page. Sometimes the footnotes take up most of the page. This often drove me crazy; I even threw the book down a couple of times because I was tired of constantly switching gears.

Despite my little fits, I couldn’t think of a bit of information that I didn’t want in the book or of a better way that it could have been presented. The movie is crazy, and the Marx Brothers are crazy, so a decent book about them has got to be crazy as well. I realized I was like one of the Marx's dupes—this book was kicking me in the butt, cutting the pockets out of my trousers, and destroying my hat, but it was brilliant, so I had to take it.

*The Gookie is one of Harpo Marx’s most familiar crazy expressions—he bugs out his eyes, puffs out his cheeks and makes a fish face with his lips.
Posted by KC 2 comments:

Was anyone a classic movie star or character for Halloween? I just realized last night that I’ve never done that for a costume. I’ll have to think of something for next year.

Lizzie (1957), with the underrated Eleanor Parker and the always-welcome Joan Blondell— And Then I Watched

Peter Pan (1924), with the perfectly-suited Betty Bronson and a much too brief appearance by Anna Mae Wong as Princess Tiger Lily— Silent Volume
Posted by KC 2 comments: