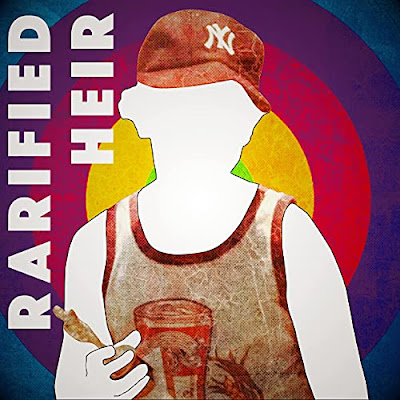 I loved the variety of my listening this month and completing another season of my podcast, which gets more interesting to do all the time. Episode titles link to the show:
Rarified Heir Podcast
James Coburn Jr.
November 8, 2022 (repost)
I was stunned to hear how much James Coburn IV sounds like his father. The similarity was so strong that I never quite had it out of my mind as I listened to this episode. Coburn has also been working in the industry, in sound design, so he has a lot of understanding of his father’s business in addition to many fascinating memories about a man who he admits freely was more about acting than parenting by a long shot. 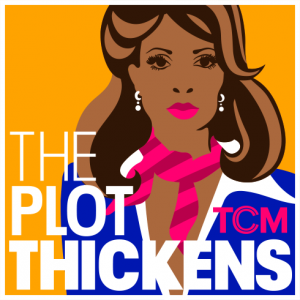 The Plot Thickens: Pam Grier
The Black West
October 25, 2022
Action heroine Pam Grier shares her life story in her typically candid way. It is as wild, rough, and moving as I would expect, though there are plenty of surprises. TCM has improved exponentially with each season of its podcast and this one has the most heart so far. 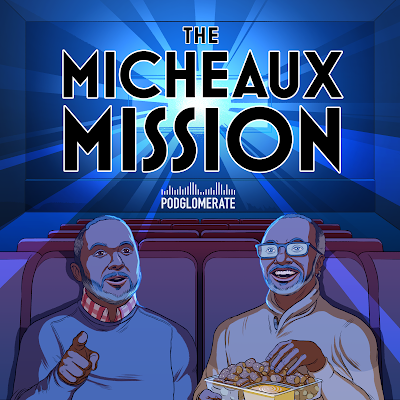 Micheaux Mission
Salt and Pepper (1968)
September 27, 2022
I caught up with this old episode of Micheaux Mission because I wondered what they would think of this Peter Lawford and Sammy Davis Jr. movie that I recalled being awful. Turns out they feel the same way, but Len and Vince have great insight into Davis, his relationship with the Rat Pack members, the way he presented himself, and what a big talent he was compared to his peers. Movie talk starts about 58 minutes in. 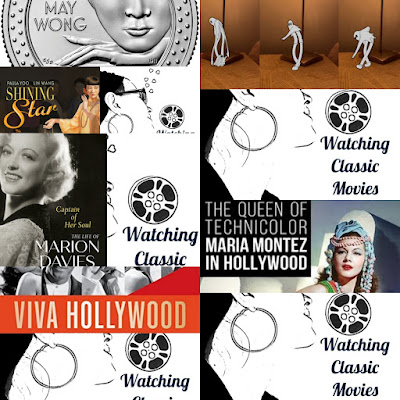 Watching Classic Movies Podcast: Season Five
I just finished an extra fun season of my own podcast. Loved the variety this time around: Latin/Hispanic artists, Maria Montez, Anna May Wong, Marion Davies, and Max Flesicher cartoons. It was a lot of fun and I invite you to listen and let me know what kinds of interviews you would like to hear in future episodes.
Posted by KC No comments:


It’s been a delight to see the steady trickle of Argentinian noir flicks coming out from Flicker Alley, thanks to the preservation efforts of UCLA Film & Television Archive and the Film Noir Foundation. Every film has been worthy of classic status and I’ve appreciated the additional insight in the DVD/Blu-ray special features for each set. Now joining the label’s The Bitter Stems (1956) and The Beast Must Die (1952) releases is the stylistically exciting El Vampiro Negro (1953).
The film is an interpretation of M (1931), the Fritz Lang film about a child murderer that launched the career of Peter Lorre. Carryovers include the killer’s penchant for whistling Grieg and the basic plot of the tortured criminal who eludes the police, but faces street justice. Otherwise it is dramatically different as far as style and notable for the inclusion of a strong female point of view.
Director Román Viñoly Barreto sets a surreal, nightmarish scene from the beginning, showing the tortured imaginings of professor, and killer Professor Ulber (Nathán Pinzón) as he takes a Rorschach test. Unexpectedly, that strange, dreamlike menace isn’t just a stylistic choice for the opening scene. The mood and style of these first moments carry over to a nightclub, the shadowy and unsettling world where Amalia (Olga Zubarry) sings so that she may pay for her daughter’s private school tuition.
Barreto arranges the nightclub in tight tableaus, set in suffocating closeness. You feel the oppression of this night world; a place for escape that can also be a prison. It is adjacent to this setting that Amalia witnesses a man throwing a dead girl into a sewer.
Traumatized, and wishing to keep her child away from scandal, Amalia attempts to stay out of the investigation, but is eventually drawn in with the same uncomfortable closeness of her professional world. This is due in part to the meddlesome concerns of inspector Dr. Bernard (Roberto Escalada), who scolds her for her profession without showing any empathy for the difficulty of her position. His attitude is in part because he is unable to have children with his wife (Gloria Castilla) who is dealing with her own limitations which are revealed gradually. While Bernard is not the killer, he is in many ways less sympathetic than Ulber, because of his selfishness and power to change his behavior.
As the killer, Pinzón is less creepy than Lorre, and more a fearful, awkward man. The viewer is put in the position of feeling empathy for someone who has destroyed lives and thrust a community into terror. In the end, Amalia understands him better than Bernard, because the latter is not capable of understanding the Professor’s helplessness.
It’s a fascinating film, gorgeous to look at, uncomfortable if intriguing to experience, and an even mix of straight suspense and the doom-laden feel of film noir.
There’s a special feature in which film experts discuss the differences between the original M, the version filmed in Hollywood in 1951, and El Vampiro Negro. I agree with the consensus that each of these films are remarkable. While M stands above the other two in several ways, the Argentinian take on the story is outstanding and deeply satisfying if disturbing.
Other special features on the disc include an introduction by Eddie Muller, audio commentary by archivist/historian Fernando Martin Pena, a booklet with photographs and an essay by Imogen Sara Smith, and a charming interview with Daniel Viñoly, son of the director.
Many thanks to Flicker Alley for providing a copy of the film for review.
Posted by KC No comments: 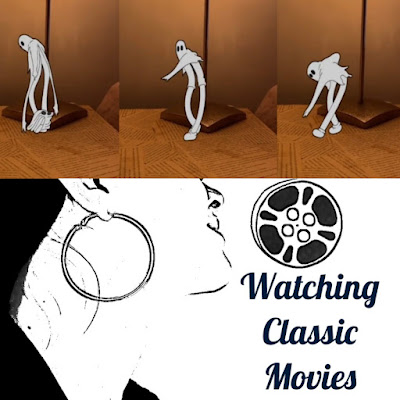 When I saw that a social media filter featuring the dancing ghost of Koko the Clown had gone viral, I had to know the story behind it. What I found was a great team that is working to preserve the timeless ‘toons of Max Fleischer, which featured Betty Boop, Popeye, Koko the Clown, and consisted of hundreds of fascinating animated shorts. This is my first dual interview on the show. Ray Pointer has been a Fleischer scholar for decades. He is the author of the essential Fleischer Studios tome The Art and Inventions of Max Fleischer: American Animation Pioneer. Mauricio Alvarado is the owner of Rockin’ Pins, a merchandising company with licenses for several entertainment properties, including many Fleischer ‘toons characters, including Koko the Clown Ghost. The pair have worked in partnership with Jane Fleischer Reid, granddaughter of Max, to bring new attention these timeless ‘toons by funding restorations, hosting screenings, and spreading the word at conventions and other special events. I was deeply impressed with the knowledge and passion these two shared in our conversation.
To support the Fleischer Cartoon Restoration Project, you can become a patron at Patreon
Find all of the Fleischer 'Toons social media accounts at their LinkTree
You can buy official Fleischer Studios merchandise (which helps support the restoration) and Ray Pointer's book at Rockin' Pins.
This is a great interview with Ray Pointer, conducted by Jane Fleischer Reid, which goes into more detail about his book and Fleischer research.
Official Fabulous Fleischer Cartoons Restored! YouTube Channel
Ray Pointer's YouTube Channel
You can purchase Ray Pointer's DVD releases of Fleischer 'toons on his website.

Watching Classic Movies Podcast--Author of Captain of Her Soul: The Life of Marion Davies Lara Gabrielle 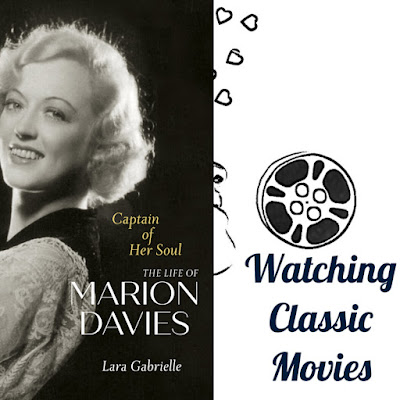 My guest, Lara Gabrielle is the author of Captain of Her Soul: The Life of Marion Davies. We talked about Davies career, which was more successful than rumor would have it, her unique and mysterious long-term relationship with William Randolph Hearst, the enormous good she did for friends, family, and the community, and how unraveling the myths about her is a crucial part of telling her story.
You can learn more about Lara’s book and how to buy it at University of California Press.
Films discussed:
Show People (1928)
The Patsy (1928)
The Cardboard Lover (1928)
Five and Ten (1931)
Blondie of the Follies (1932)
The Bachelor Father (1931)
Little Old New York (1923)
When Knighthood Was in Flower (1922) 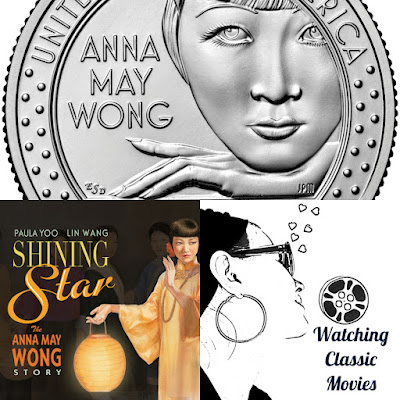 My guest, Paula Yoo is a screenwriter, producer, violinist and author of several books for young readers including the gorgeous picture book Shining Star: The Anna May Wong Story, with illustrations by Lin Wang. We talked about the significance of the new quarter featuring Wong, the first Asian American to be on US currency, her difficult, but fruitful career as a movie actress and how her story relates to the challenges we face as a society today.
Learn more about Paula Yoo’s books on her official site
The official US Mint page for the Anna May Wong Quarter
Films discussed:
Picadilly (1929)
The Toll of the Sea (1922)
Other recommended films featuring Anna May Wong:
Drifting (1923)
The Thief of Bagdad (1924)
Shanghai Express (1932)
A Study in Scarlet (1933)
Dangerous to Know (1938)
Lady from Chungking (1942)
Watching Classic Movies Reels featuring Asian American stars from Classic Hollywood:
Nancy Kwan in The Wrecking Crew (1968)
Nancy Kwan in The Wild Affair (1965)
Anna May Wong in Shanghai Express (1932)
Toshia Mori in Blondie Johnson (1933)
Reiko Sato and James Shige ta in Flower Drum Song (1961)