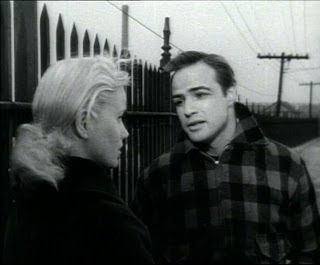 Acting is the expression of a neurotic impulse. It's a bum's life. The principal benefit acting has afforded me is the money to pay for my psychoanalysis.
-Marlon Brando

Forgotten but not gone: more archival gems on DVD (including the amazing works of early animator Lotte Reiniger)-- David Bordwell 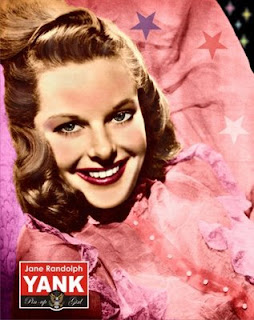 Goodbye to Jane Randolph, the husky-voiced actress who appeared in several ‘B’ movies as a Warner Bros. contract player in the 1940s. She is best remembered for her portrayal of an intelligent damsel in distress in Cat People (1942) [she reprised the role again in the more benign Curse of the Cat People (1944)] and for film noir flicks such as Railroaded (1947) and Jealousy (1945). After marrying for the second time in 1949, Randolph retired to the high life in Spain. She died in Switzerland, where she maintained a home, due to complications after hip surgery. Randolph is best known for this classic scene in Cat People (1942), where she is menaced in a gloomy indoor pool. Decades later, her terror-striken performance remains quite chilling.
Image Source
Posted by KC

Email ThisBlogThis!Share to TwitterShare to FacebookShare to Pinterest
Labels: In Memory of, Jane Randolph 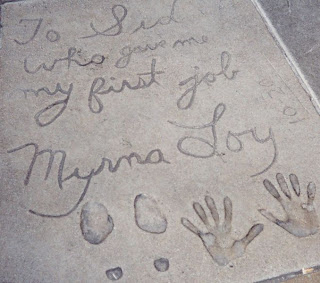 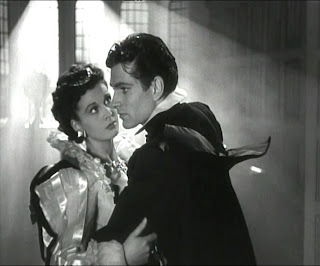 Great gallery of stars in the outdoors-- Life

The Pre-Code View of World War I 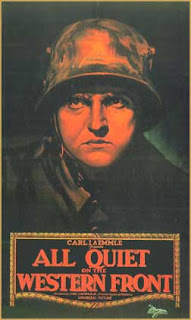 Early Depression-era Hollywood made a fortune uplifting downtrodden audiences with upbeat musicals and racy comedies--before the enforcement of the production code put a damper on some of the fun--but the period was not all sweetness and light. Some of the most effective movies that touch on World War I came from this period, before Hollywood put a gloss on war, and while the Lost Generation was still fresh in the collective memory. I decided to share some of these titles in observance of Memorial Day. These are solemn, downbeat movies, but they are also inspiring in their gritty honesty and emotional power.

All Quiet on the Western Front (1930) One of the most famous World War I movies is an epic, but also intimate story of young soldiers who lose their patriotic enthusiasm when faced with the horror, mayhem and boredom of trench warfare. All Quite on the Western Front has retained its power for generations, partly because it does not soften its bleak world view.

The Eagle and the Hawk (1932) A smaller scale, but potent WWI drama about a pilot who collapses under the strain of the war. This fast, dark story is as much about camaraderie and loyalty as it is about the emotional distress caused by war.

Heroes for Sale (1933) This is one of the most powerful pre-code examinations of post-war life for traumatized veterans. In its cynical world view, soldiers are not even necessarily loyal to each other, making the transition to civilian life even more lonely and confusing. One of the hugely underrated Richard Barthelmess’ best performances.

I Am a Fugitive From a Chain Gang (1932) Paul Muni stars in another gritty drama of a veteran’s struggle to return to society. Desperate for money, he tries to pawn his medals, only to find that the shop owner already has accepted more than he can sell. He shows him a pile of medals, and with that one image shows the struggles of many men.

Gold Diggers of 1933 (1933) This is above all a musical of the depression. While accepting the reality of empty stomachs and unpaid rent, it also uplifts with silly songs, romance and elaborate production numbers. It touches on World War I in its final number My Forgotten Man. The darkly beautiful, expressionistic sets and emotional plea for struggling veterans so impressed studio head Jack Warner that he moved it from the middle of the movie to the end, where its passionate drive gave the closing scenes a powerful edge. 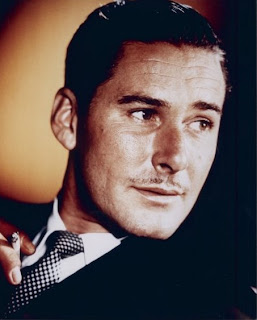 I was inspired by the list Netflix just posted to come up with my own top ten list of vacation movies, but I could only think of four that I really like:

Monsieur Hulot’s Holiday (1953) This is my favorite vacation movie. In the midst of elegant slapstick and accompanied by a jaunty soundtrack, there is a group of vacationers working like crazy to have a good time. It’s fun, but also brings to light how seriously we take our free time.

Summertime (1955) In her role as a schoolteacher on holiday, Katharine Hepburn has many painfully awkward moments, but the innocent, adventurous manner which brings her so much trouble is also what makes her, and the movie, so appealing.

Weekend in Havana (1941) There is hardly a serious moment in this goofy, glossy musical about a single gal who lucks into an exotic weekend in Havana. Mellow-voiced Alice Faye and sparkling Carmen Miranda are perfect counterparts.

Dodsworth (1936) I’m not sure this one counts. Can you call it a vacation if you never plan to work again? In any case, this is a story of a vacation from not only day-to-day life, but an entire culture. Walter Huston is a retired automobile company head who loses his wife, but finds a whole new world as he travels Europe in this bittersweet romance.
Posted by KC

Novelty Shorts: A Doggie in Distress

Drunken dogs in a speakeasy, an unwanted paw on the knee and a doggy damsel in distress. It’s best not to think too much about what’s going on here. This clip is from the short Dogway Melody (1930), which can be found on the Broadway Melody (1929) DVD. Love that doggy slap to the face around the one minute mark!
Posted by KC

A new soundtrack for The Cabinet of Dr. Caligari-- The Independent

L’Avventura at Cannes-- Film in Focus

Sidney Poitier: Striving for a Life of Excellence-- NPR Online

The Names of W.C. Fields 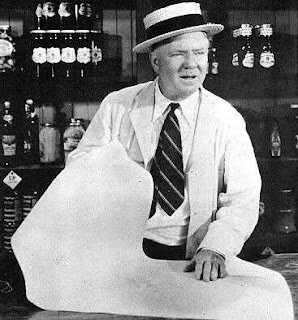 No one could find humor in a name the way W.C. Fields did. Besides his aliases: Mahatma Kane Jeeves and Otis Criblecoblis, and the less hilarious Charles Bogle, there are the goofy names he made up for his characters. They seem almost too silly when you read them, but in his universe, they made perfect sense. Check out this list of his best names. Read them out loud for the full effect:

How on earth did he think them up? 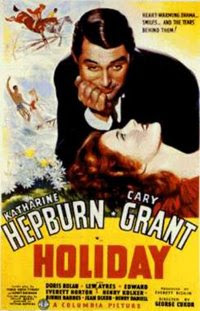 Hepburn was so good, so often, that even her less popular movies have a lot to recommend them. Here are five worth seeing:

Christopher Strong (1932)
This pre-code romance is the only time that Hepburn played the other woman. In an early, more sensual version of her “independent woman” roles, she is less brisk, more brooding.

Holiday (1938)
Hepburn and Cary Grant in the same year they appeared together in Bringing up Baby. Though it has its madcap moments, this is a more tender, moving romance about a socialite who falls for her sister’s freethinking fiancée.

Keeper of the Flame (1942)
We’re so used to seeing Spencer Tracy and Hepburn trade witty barbs as they fall in (or more deeply in) love, it is no wonder that this somber, dark drama is one of the lesser-known Tracy-Hepburn movies. Though it is slow going, their solid performances, and the horror of the unfolding mystery, cast a potent spell.

Undercurrent (1946)
Robert Mitchum (and for that matter, Robert Taylor) was an odd match for Hepburn, but the novelty of seeing their only pairing, in her only film noir, glosses over some of the awkwardness. It is moody, mysterious and slightly unsettling, because it shows Hepburn so uncharacteristically vulnerable.

Pat and Mike (1952)
The chemistry between Hepburn and Tracy in this lesser-known comedy is so intense that you almost feel like you are intruding on a private moment. It's also a great showcase for Hepburn's strong athleticism.