The poolside screening of Neptune’s Daughter (1949) at the TCM film fest-- What Makes Jeffy Run?

How many TV Batman villains can you name in eight minutes? (I cheated w/ my Batman post and I still only guessed 20)-- Mental Floss

This is a great clip of Robert Osborne getting his star on the Hollywood Walk of Fame. (I think it’s way more impressive that he was friends with Bette Davis) I love the interview; he’s such a nice guy. And look at all the stars that came out to celebrate with him. Jane Powell looks great!-- Classic Film Addict

Fair use, and how to prevent wrongful YouTube take-downs-- Mental Floss
Posted by KC 5 comments:

More from the TCM Film Fest: the screening of Joan Crawford’s home movies, presented by her grandson, and a bit about the Temple Drake screening/restoration (I love the name of this blog.)-- What Makes Jeffy Run?

A review of the Torrid Zone (1940). Ann Sheridan and James Cagney are hilarious in this movie; I don’t know why it isn’t better known.-- And Then I Watched
Posted by KC 5 comments:

An interview with Anjelica and Danny Huston at the screening of the Treasure of the Sierra Madre (1948) at the TCM festival. I think it’s touching that they both miss their father’s voice— Dear Old Hollywood Marilyn Monroe’s writings to be published in Fragments— Alt Film Guide

Look at all these Audrey Hepburn cartoons on Flickr! It's interesting to see the different ways she has inspired people-- Flickr (thank you to Clara of Via Marguta 51 for letting me know about Christine Norrie. A search for her art led me to the Audrey pics.)

I love this pic of Gary Cooper and Clara Bow— Vintage Images
Posted by KC 2 comments:

Tony Curtis has a blog! He has posted a lot of pics from the TCM festival. (I think it’s cute how attached he is to his cowboy hat) Thanks to Tom from Motion Picture Gems for the tip-- Tony Curtis: The Art of Hollywood

The TCM Classic Film Fest is returning in 2011— Cinematical

So much delightful pic spam this week! Here’s another nice gallery— It'll Take the Snap Out of Your Garters!

Hmm, this Audrey Hepburn cartoon doesn’t look as charming as I would have expected. Something is a bit off about it.-- Comic Book Resources
Posted by KC 2 comments:

I can’t believe Clint Eastwood is 80!— The Guardian

I love this fantastic audio quiz! Guess the actor voice. (some of them are really hard)-- Sidewalk Crossings

I can’t remember if I’ve shared a link from this blog before. Lots of nice reviews here: brief, snappy, and delightfully honest.-- Persblancs Classic B-Movie Reviews
Posted by KC 3 comments:

It has been a year since Bea Arthur left us. Let's remember the great lady with a song about drugs and alcohol! Arthur may not have been a big movie star, but she had her moments (she's the only thing in Mame (1974) that I found remotely entertaining). Rock Hudson adds Hollywood mojo to their duet of Sniff, Swig, Puff on Arthur's 1980 television special.
Posted by KC 4 comments:

Black and white are the most ravishing colors of all in film.

A tribute to the genius of costume designer Glibert Adrian— GlamourSplash

Sophia Loren’s words of wisdom always inspire me— The Life, Times and Thoughts of a Classic Filmfan

Hulu is going to start charging $9.95/month for portions of the site (so far, it appears that movies will remain free)-- Cinematical

A new collection of Deanna Durbin flicks is coming to DVD! (including one of my favorites Because of Him (1946), with her best costar, Charles Laughton)-- The Amazing Deanna Durbin

Here are some dispatches from the TCM Classic Film Festival:

Ronald Reagan and James Dean on television, together— On the Marquee

A rant against the use of the word “Hitchockian”— Cinematical

A nice pic. of Gable and Lombard— Vintage Photos

The Lammys are coming up soon. I haven’t thought much about who to vote for, but I’ve got a perfect suggestion for “most prolific”  ;-) Get well soon Ivan!
Posted by KC No comments:

It is the second anniversary of this awesome quote from Lizabeth Scott (I like to picture her saying that last line.)— IMDB

The Stranger (1946): how one actor can elevate a good film to great-- Riku Writes

Pics of Grace Kelly in pretty dresses. That’s all well and good, but I think she looks adorable in glasses, a headscarf and pedal pushers. Could we get a gallery of those kinds of pics?— Vogue UK
Posted by KC No comments:

I love this pic. of William Wyler and Audrey Hepburn. Each of them is charming in their own way— If Charlie Parker Was a Gunslinger, There'd Be a Whole Lot of Dead Copycats

Holy cow, this is an epic review of Interrupted Melody (1955)-- And Then I Watched

A review of Manpower (1941), with Marlene Dietrich and George Raft-- Noir and Chick Flicks
Posted by KC No comments:

How have I never heard of this commercial? What a find! Gene Kelly and Fred Astaire are charming in this 1985 ad for Western Airlines, though it is a shame they don't dance. I love how Astaire always wore those fancy scarves around his neck; he had such a relaxed, but sophisticated style. And check out those shoes!
Posted by KC 2 comments:

A talk with Ray Harryhausen. He’s not only brilliant, but a nice guy— The Telegraph

A wonderful story about Myrna Loy and Betty Grable visiting soldiers in the hospital, from Loy’s auotobiography— Self-Styled Siren

I love this rendition of Who's Your Little Who-Zis? from the pre-code drama, Night World (1932). The chorus girls carelessly prance through their routine as if they are working on an assembly line. They know they're not on Broadway, and they're not going to work any harder than their pay grade. Still, it's a lively number, and the sassy between-lyrics chatter of Mae Clarke and company gives it extra zing.
Posted by KC No comments: 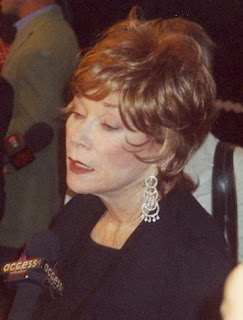 This is actually just part of the Hollywood on Parade newsreel. A doorman scrambles to get movie star autographs for a star-struck little boy. The glamorous stars--all decked out for a costume party--include Charlie Chaplin, Paulette Goddard, Jeanette Macdonald,George Raft, Jean Harlow, and Miriam Hopkins.
Posted by KC 4 comments:

Email ThisBlogThis!Share to TwitterShare to FacebookShare to Pinterest
Labels: Newsreel

I haven’t seen a lot of these classic actress photos. There’s some great shots here— Digs Frocks and Books

There's lots of nice detail in this post about A Woman's Face (1941) with Joan Crawford, but I would have posted it just for the great quote in the beginning-- Movie Morlocks/TCM

A nice collection of capsule reviews of the entire Thin Man series-- All Good Things
Posted by KC 2 comments:

Hollywood Walk of Fame 101: take a virtual tour of the famous sidewalk-- The Kitty Packard Pictorial

Check out this Robert Mitchum documentary. It’s free on Hulu-- Out of the Past

More info. about the return of the Myrna Loy statue to Venice High School-- Cinematical

Dean Martin in The Silencers (1966)-- She Blogged By Night
Posted by KC 2 comments:

Meeting the cast of West Side Story (1961)— Motion Picture Gems

Elizabeth Taylor is not getting married— IMDB

George Raft and his mini heart attacks-- And. . .Scene

A blogger is working to collect the available radio broadcasts and recorded works of Orson Welles. There’s a lot of great material here.-- Museum of Orson Welles(via The Moving Pictures)

Marilyn Monroe’s x-ray to be auctioned. She had a lot of health issues; I hope this isn't the start of a trend.-- IMDB
Posted by KC No comments:

I’m curious about this new book: Inside the Hollywood Fan Magazine, by Anthony Slide-- TCM

Martha, Connie and Vet Boswell sing Crazy People in this clip from The Big Broadcast (1932). Billed as The Boswell Sisters, the family act from New Orleans was primarily a 1930s radio sensation, though they did appear in a few Hollywood musicals and short features. Though the trio’s style was wild, with unpredictable changes in key and tempo, they were always sharply in-sync. In performance, they often even moved in unison, as if they were a single body. Connie, who was wheelchair-bound due to a childhood bout with Polio, would change her name to Connee, and go on to a successful solo career career. Her style was a major influence on Ella Fitzgerald.

Check out Bozzies.com for more information about the Boswell Sisters
Posted by KC No comments: 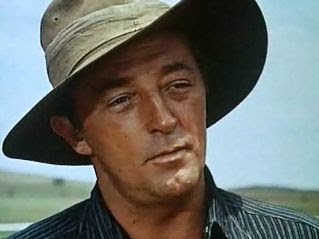 This is not a tough job. You read a script. If you like the part and the money is O.K., you do it. Then you remember your lines. You show up on time. You do what the director tells you to do. When you finish, you rest and then go on to the next part. That's it.

Making money off Marlon Brando. This makes me sad-- Variety

A great interview with "The Ambassador of Noir" Eddie Muller-- Parallax View(via Laura's Miscellaneous Musings)
Posted by KC No comments:

This Marlene Dietrich quote is funny. I’ve heard that she was quite the hausfrau-- Lazlos on Lex

A review of Lady of the Tropics (1939), with Hedy Lamarr-- Noir and Chick Flicks

The delightfully bad Kitten With a Whip (1964)— Twenty-four Frames
Posted by KC No comments:

Oh to have all day to watch Warner Archives titles— ClassicFlix

The Guilty Pleasure Syndrome or: How I Learned to Not Care If People Know I'm a Mickey Rooney Fan-- Hollywood Dreamland

The opening credits to Alice in Wonderland (1933). That’s a lot of stars! I must see this-- Classic Film Addict

Yet another classic movie fan succumbs to the allure of George Sanders!-- Cinema OCD
Posted by KC No comments:

I received this e-mail from Jazz musician Jim Martinez this morning. I thought you all would find it interesting:

I wouldn't be surprised if this were true. She was certainly not the first young woman to lie about her age in order to get a job in show business!

I need to move to Maryland-- The Night Editor
Posted by KC No comments:

Behold--the glorious horror of Bette Davis singing Hush Hush Sweet Charlotte on a 1965 episode of the quiz show, I've Got a Secret. Love her. A perfect way to celebrate the birthday of the gutsy, unique actress who sparked my interest in classic Hollywood--and who I still deeply admire.
Posted by KC 2 comments:

In those days, young stars, male and female, were all virgins until married, and if divorced, they returned magically to that condition.

Happy 88th Birthday to Doris Day! I hope that you are happy and enjoying your special day.

The clip is Ms. Day being charming while accepting her Cecil B. De Mille award at the 1989 Golden Globe ceremony. I love that brief shot of Robert Mitchum in the crowd. (There's a 10 second ad before the clip starts.)
Posted by KC 4 comments:

A lovely tribute to Norma Shearer-- Out of the Past

A great shot of Stanwyck, Cooper and Flynn-- If Charlie Parker Was a Gunslinger, There'd Be a Whole Lot of Dead Copycats

Another great story about the TCM showing of North by Northwest in Chicago— Spectacular Cinema
Posted by KC 3 comments:

Even if you don’t know Marni Nixon’s name, you probably know her singing voice--Ottawa Citizen

This interview with Olivia de Havilland has been out for a while, but I wanted to make sure you all saw it--London Evening Standard