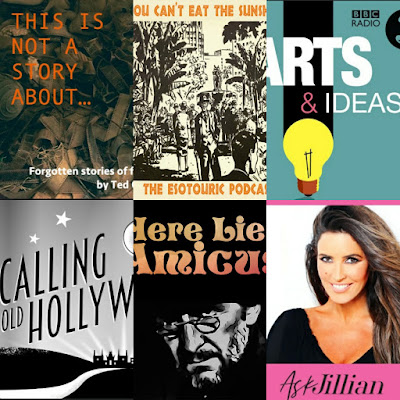 The more time I spend at home, the more meaningful podcasts have been for me as a way to connect to the outside world. This is the first time in a while that every podcast in my roundup has been new to me. I'm expecting to find many more in the months to come. The episode titles link to the shows: 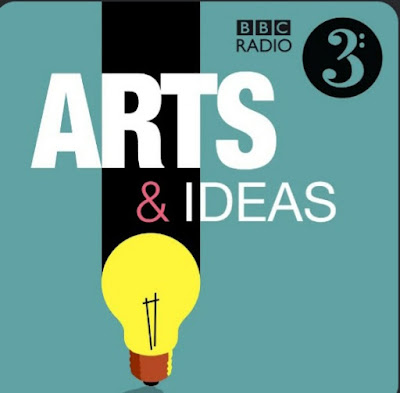 BBC Radio 3: Arts & Ideas
Cary Grant
April 29, 2020
Host Matthew Sweet speaks with guests Pamela Hutchinson, Charlotte Croft, and Mark Glancy about Cary Grant, with a focus on how he crafted his image and the way his pre-Hollywood life affected that process. The episode also delves into interesting aspects of his career, such as how he was rare among male stars in that he was often pursued by women in his films, rather than filling the typical role of seducer. 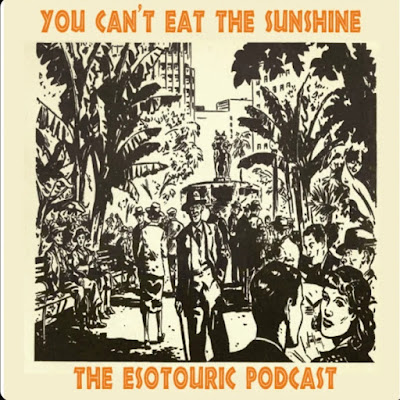 You Can’t Eat the Sunshine
The Larry Edmunds Bookshop & the (Nearly) Lost World of Hollywood Book & Memorabilia Dealers
May 8, 2020
Rare book dealer Howard Prouty, Vintage Los Angeles curator Alison Martino and Jeff Mantor of the Larry Edmunds Bookshop talk about the history and decline of film bookshops in Hollywood in this illuminating episode that is also a call to action: Mantor has started a GoFundMe in order to keep his historic bookstore afloat at a time when he has lost all foot traffic and must rely solely on mail order. As a loyal customer of the store, at first on my yearly visits during the TCM Classic Film Festival, and now via mail, it was interesting to learn more about the history of the store, in addition to how it was included in Quentin Tarantino’s Once Upon a Time in Hollywood (2019). 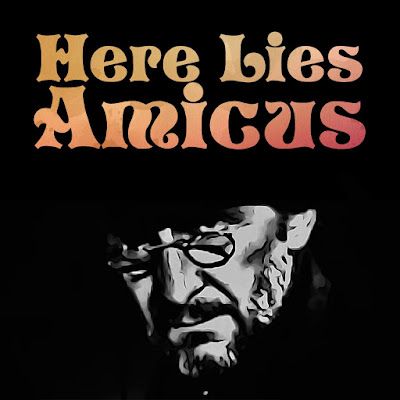 Here Lies Amicus
City of the Dead (1960)
May 5, 2020
The best part of this podcast dedicated to the productions of UK-based Amicus Studios is its charming hosts Gabriela Masson and Cev Moore. Here they discuss the horrors of the witchcraft flick City of the Dead (aka Horror Hotel) and yet the episode leaves you feeling cheerful because they so frequently get the giggles as they discuss the depravity of Christopher Lee and company. I look forward to hearing more from this well-informed and high-spirited duo. 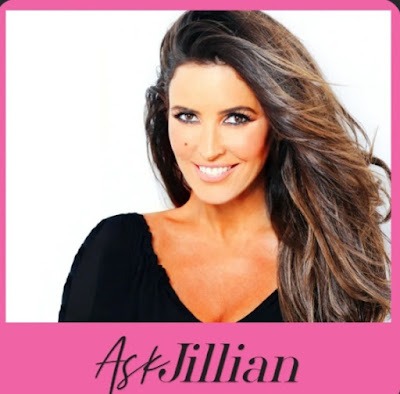 Ask Jillian
Debra Tate is a Warrior Woman!
February 18, 2020
This was an unusual find: it turns out Jillian Barberie has been a friend of Debra Tate, sister of Sharon, for over 20 years. More a chat between friends than an interview, the two discuss many aspects of the life of Sharon Tate, the Tate family’s long fight to keep her murderers in prison, and how Quentin Tarantino and Margot Robbie worked with Debra to bring her sister back to life in Once Upon a Time in Hollywood (2019). It was a fascinating conversation: Tate is smart, tough, and compassionate and as sad as it could be, it was good to hear her side of the story. 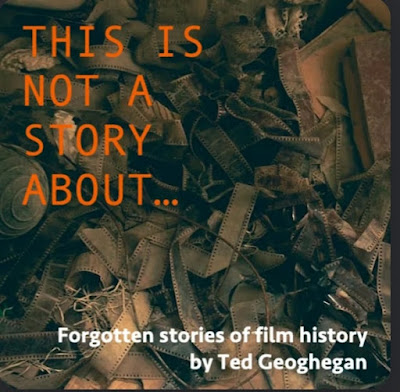 This is Not a Story About…
MGM
May 7, 2020
Filmmaker Ted Geoghegan’s new podcast explores classic Hollywood stories that take an unusual turn. This episode about Jackie, the MGM lion is as nail-biting and emotionally stirring as an old-time serial. I was riveted. Geoghegan’s friendly, well-informed storytelling reminds me a bit of Phoebe Judge from the Criminal podcast, with the difference that this is a one-man show and thus more intimate. A beautifully-produced show. 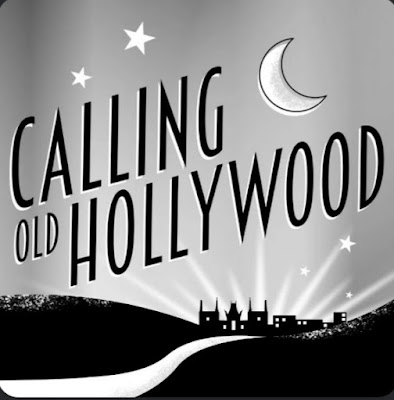 Calling Old Hollywood
"She wrote the books on Old Hollywood, Married aChild Star, Rehearsed at the improv with Robin Williams & John Ritter, andshe has a new book!" w/ guest Laurie Jacobson
May 1, 2020
Host Kat Lively has a delightfully dishy conversation with Laurie Jacobson, writer, wife of a former child star, and a long-time Hollywood resident who shares her insights on James Dean, Natalie Wood, and other actors from the classic age of movies. Jacobson is one of those Tinseltown regulars who has been there and seen it all. She’s also the first podcast guest I’ve encountered who has contracted and recovered from the Coronavirus. 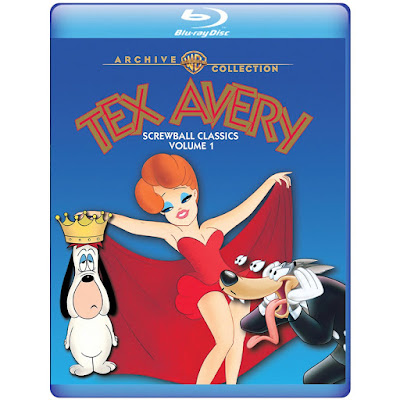 There’s no better balm for tense times than the rowdy, absurd slapstick of Tex Avery. Made for a general audience, these 'toons aren’t always appropriate for the kids, though they aren’t likely to destroy their innocence either.

Newly released on Blu-ray from Warner Archive, Tex Avery: Screwball Classics Volume 1 is an eclectic, eccentric collection of his shorts. Though Big Heel-Watha is cringe worthy in its approach to Native Americans, for the most part the collection has timeless appeal. From a racy retelling of Red Riding Hood to a fast-paced, goofy take on murder mysteries, the common thread among them is that everyone and everything is a little off-center. In some respects, the concept is not that absurd.

My favorite short of the collection was Symphony in Slang, which features a hep cat at the gates of heaven trying to explain himself to heavenly hosts who don’t understand his hip language. They envision his story in strictly literal terms, which results in a lot of silly, but amusing visuals.

Also amusing: the sprightly elves of The Peachy Cobbler who create magical shoes for their owner, including a pair of heels that do a striptease.

The set also features a couple of recurring characters. Screwball Squirrel is a more sociopathic less charming version of Bugs Bunny; you actually feel sorry for the gallery of doofuses he destroys with glee. Droopy Dog is more loveable, defeating his enemies by keeping his chill and waiting for the fools to bring themselves down.

This disc was a wild ride: laugh-out-loud funny and a treat for the eyes. I’m looking forward to volume II.

Book Review--Black Oscars: From Mammy to Minny, What the Academy Awards Tell Us About African Americans 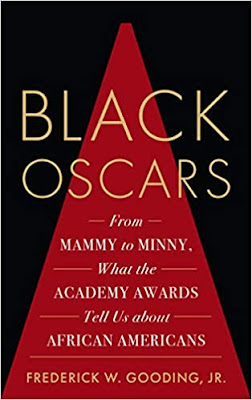 The story of black victory at the Oscars is complicated: a saga of small steps forward, but often uneasy circumstances surrounding those gains. Winning isn’t just a matter of earning recognition, but also a reflection of what kinds of stories, roles, and stars get rewarded. In a new book, Black Oscars: From Mammy to Minny, What the Academy Awards Tell Us About African Americans, Frederick Gooding, Jr. approaches the subject with clarity and compassion, acknowledging progress, while analyzing the quality of those advancements.

Gooding creates a solid framework upon which to lay his examination of the history of Black performers at the Oscars. He has chosen to focus on the acting category because it receives the most attention and thus tends to have the strongest cultural impact. For each nomination, he considers the nationality, primary profession, frequency of individual nomination among performers, and the subject matter and tone of the films and performances for which they are nominated.

The theory Gooding presents is that there is an essential template for the black Oscar nominee which favors foreign-born actors over African Americans, a small pool of nominees who are nominated multiple times, performers who are already established in other fields such as music and sports, and stories that focus on biography and racial struggles. He concludes that Hollywood denies audiences and performers varied stories and roles or hiring fresh black talent because studios find it too risky. As a result, the same names appear year after year on nomination lists, and from films and for roles with limited range, denying cinematic expression of the full black experience.

Gooding approaches his subject with kindness, refusing to judge ambitious performers for accepting roles as mammies and slaves or branching out from other fields into acting, while acknowledging that the prevalence of these characterizations and the failure of studios to hire trained black actors causes harm. He not only understands the complexity of the matter, but is able to pick apart the various elements and present them in a compelling matter. His thinking is academic, but he writes with fluidity, making the subject accessible.

As he applies his theories to each nominee, moving through them chronologically, Gooding’s text is often repetitive, but the resulting tedium is the point. African American actors and filmmakers have exponentially more to offer than they have been given the opportunity to do. With this incisive and detailed study, it is clear where change needs to happen. It is only a matter of heeding the lessons of the past.


Many thanks to Rownman & Littlefield for providing a copy of the book for review.
Posted by KC No comments: 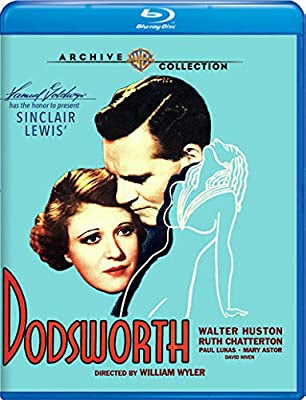 I have revisited director William Wyler’s Dodsworth (1936), a film based on a Sinclair Lewis novel, many times over the years and the older I get, the richer it becomes. While any movie can change meaning with repeat viewings, this is a production that particularly reveals new facets with time. Now beautifully restored and available on Blu-ray from Warner Archive, I recently enjoyed this drama of aging, love, and loneliness anew.

Walter Huston stars as Sam Dodsworth, a small-town auto magnate who sells his factory and plans to settle into retirement with his wife Fran (Ruth Chatterton). His significant other is much younger than he is and not so eager to sink into old age. After years of provincial boredom in the proper social circles, she is ready for some excitement.

The pair embarks on a cruise to Europe, where Fran struggles with the politics of shipboard flirtations (David Niven is sleek and charming as her shipboard suitor) and Sam meets a friendly and frank divorcee named Edith (Mary Astor), who has been living on the cheap in Italy. Life on the Continent strains the already weakening bond between the Dodsworths. Fran wants to sow her oats, but she doesn’t fully understand her needs, nor does she live in a society that supports her desires. Sam is eager to explore the local culture and can’t understand his wife’s frantic behavior.

Though Sam initially tries to force Fran to return home to meet her new grandchild and accept the reality of her age, he eventually realizes that she must have her freedom. While she embarks on a shallow adventure among posh, but cash-poor hangers on, he tries to keep busy at home and abroad. A chance meeting with Edith starts to point him on the right track, but his sense of marital duty complicates matters.

When I first saw Dodsworth, I viewed Fran as the villain of the piece. I focused on the vain, snobbish, disloyal aspects of this woman who could so easily discard her husband at the first opportunity. In subsequent viewings I have developed more empathy for this unhappy character. Even as a wealthy white woman, she is limited by societal expectations that are at odds with her desire for a vibrant life. You can sense her feelings of imprisonment in the requirements of convention.

In a way it is understandable that the Dodsworths were once drawn to each other. Each of them possesses a big spirit; they’re both hungry for adventure. It’s just that their concept of what that means has changed over time. Sam loves his wife, but in his refusal to try to truly understand her perspective, he is as toxic for Fran as she is for him. Edith sees this relationship for what it is, and tries to coax both the Dodsworths to see themselves with more clarity.

It was, and still is rare for a film to so thoroughly and effectively explore these adult, existential matters. In an industry so often focused on youthful adventure and romance, there’s something deeply satisfying about looking at what happens after marriage, parenthood, and retirement. It is a process of facing the truth and finding it devastating, beautiful, and full of the complexities that make life fascinating.

The Blu-ray includes a Lux Radio Theater production of Dodsworth from 1937, co-starring Huston and his wife Ninetta “Nan” Sunderland.