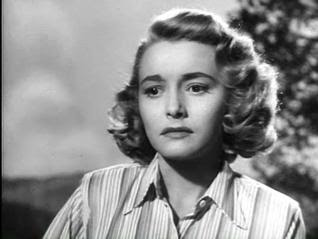 Goodbye to Patricia Neal. I couldn’t stand her the first time I saw her—as a sophisticated sugar mama in Breakfast at Tiffanys (1961). That voice drove me crazy. Then, it grew on me, and it became the thing I like most about her. I realized she had been so darn good in Tiffanys that I hadn’t been able to separate her from her character, and that voice was the most distinctive thing about her.

I know Hud (1963) was her big award-winning role, but I loved her in The Fountainhead (1949); it was satisfying to watch her play that wild-eyed over-the-top character. Not that she was ever capable of fading into the woodwork. Even in a movie like The Day the Earth Stood Still (1951), where she is only meant to prop up a host of sci-fi wonders, she grabs your attention. She projected such intelligence and strength that she could never be simply a damsel in distress. And I can’t forget A Face in the Crowd (1957)—she was the soul of that movie, an increasingly lucid force for good in a swirl of rottenness.

Here are some tributes I grabbed from my feed:

I'm sure there will be many more fine tributes as the day progresses.

Email ThisBlogThis!Share to TwitterShare to FacebookShare to Pinterest
Labels: In Memory of, Patricia Neal