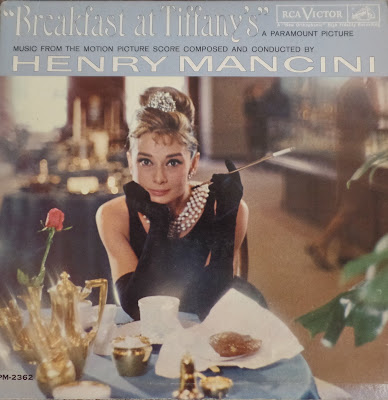 My dad has always been a big music fan. He grew up in a somewhat musical family; his mom was a music teacher and, much to her distress, his father was a big Lawrence Welk fan. Fortunately, dad got the maternal musical genes, and in addition to becoming a solid jazz pianist in his spare time, he built a fascinating collection of records.

Now I have his record player, and most of the records. I've added quite a few of my own over the years as well, most of them purchased at thrift stores for a few dollars.

The other day, while I was digging around for a Gary McFarland LP, I realized how many classic movie soundtracks I had. Shocking, I know.

They're good looking albums, so I thought I'd share the covers.

Though I've never specifically collected them, I've got a lot of Henry Mancini records. The Breakfast at Tiffany's record at the top of the post is my own buy. I've actually got two copies. When I found it the second time, I couldn't bear to leave it at the store.

When I was a kid, I always listened to this Pink Panther album. I had it completely memorized way before I saw the film. When I finally watched it, it was so weird to hear the music in situations so different from what I'd envisioned. My five-year-old imagination was vivid, but not sophisticated: 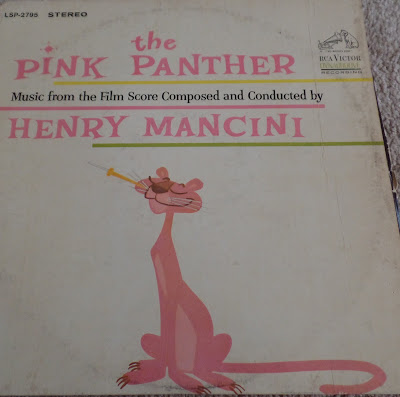 Though the cover is beat up, the record is still in amazingly good condition. At some point I must have gotten a good lesson in LP care.
My favorite Henry Mancini find was the Charade soundtrack, one the few I bought after seeing the movie: 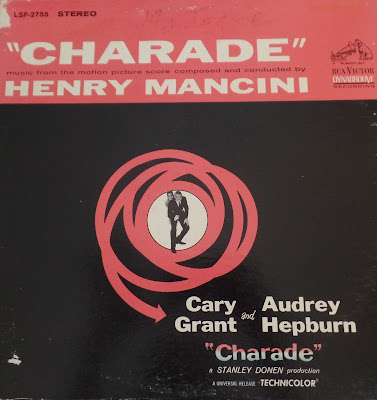 The Two for the Road soundtrack completed my Hepburn/Mancini trilogy. Great melancholy music: 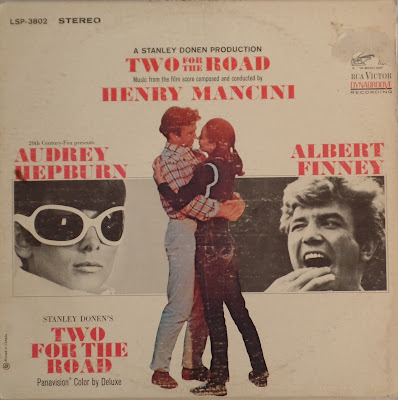 My Hepburn/Mancini covers used to hang in a row on my apartment wall. I felt kind of guilty for messing up the corners with all that tape, but it was great to see them all the time.

I also picked up the Mr. Lucky soundtrack, but mostly because I liked the giraffe cat cover art. I'm not sure I've ever listened to it: 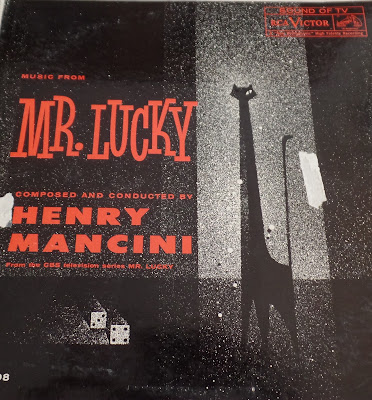 My parents were huge Beatles fans, was there anyone who wasn't in that generation? (Was there? I'm actually curious to know.) They owned almost all of their records, including the soundtracks for A Hard Day's Night and Help! 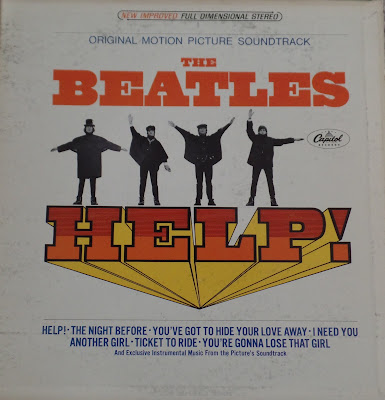 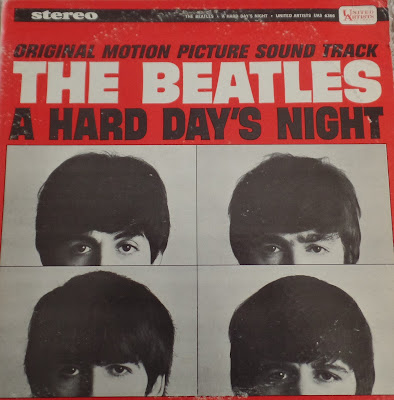 The covers of these 1960s soundtracks were so mysterious to me as a kid: 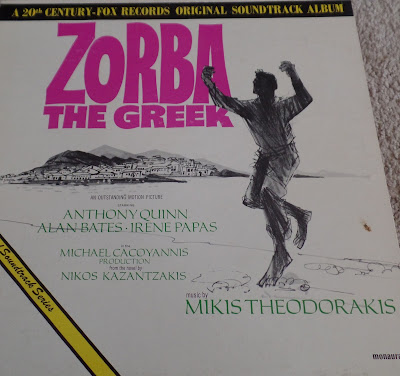 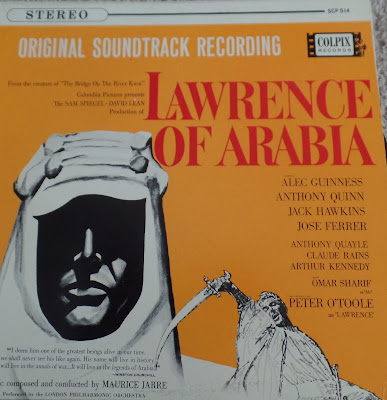 The Doctor Zhivago art is like a big swoon: 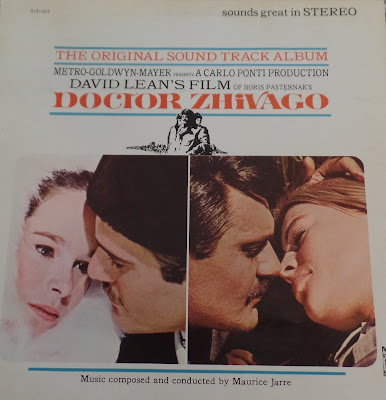 Even the back is beautiful, with appropriately sweeping dramatic text: 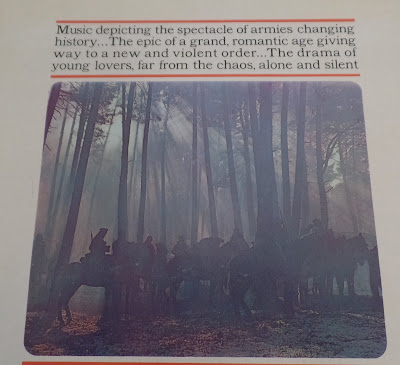 As much as I love A Man and a Woman, it could never live up to the romantic dreams inspired by this cover art: 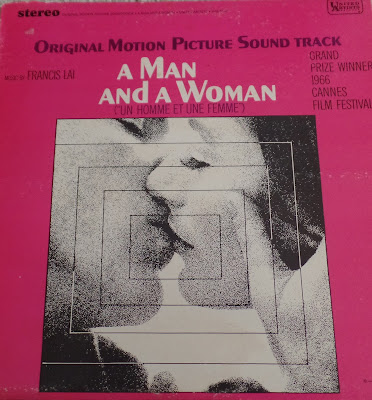 The 10 Victim soundtrack is the most unusual disc of the bunch. It's the music of the future, as imagined in the 60s. How excited I was when I finally got to see this crazy Italian movie fifteen years after first hearing the soundtrack. It was just as bizarre and sexy as I'd hoped: 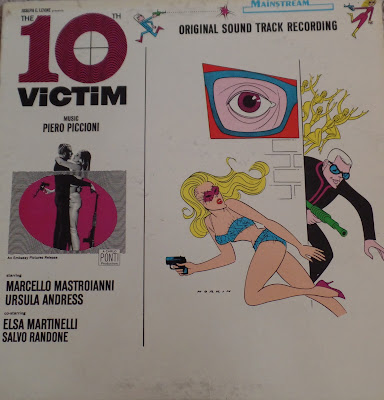 When I started buying my own records, this The Graduate soundtrack was one of my favorite finds. I listened to the sassy seduction scene track so many times I'm surprised the track didn't wear smooth: 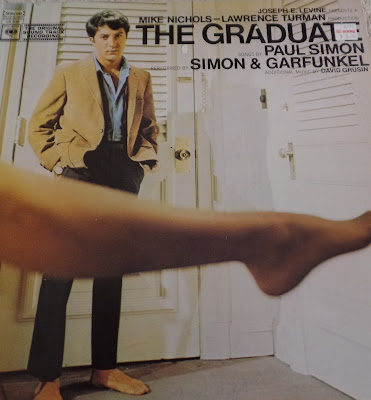 My favorite albums to listen to as a kid were the soundtracks for The Sound of Music and West Side Story. I loved both the music, and all the photos from the movies in the albums, which had two discs and were quite deluxe. The image on this cover brings back my childhood more than any other: 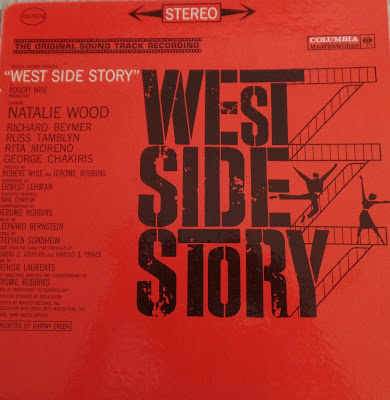 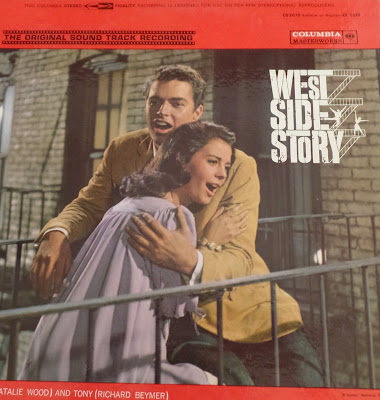 This is actually my second Sound of Music record. The first one warped because I left it out on a sunny day (maybe that lesson in LP care was not as good as I thought): 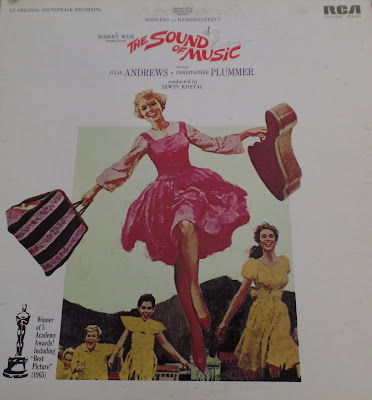 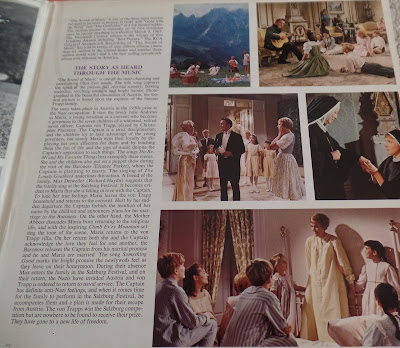 It still had all the great photos inside, but the new cover image cropped out Christopher Plummer standing in the distance with his arms crossed, a sight which always made my elementary-aged heart thump.
A lot of jazz artists in the sixties recorded albums inspired by soundtracks and stage shows: 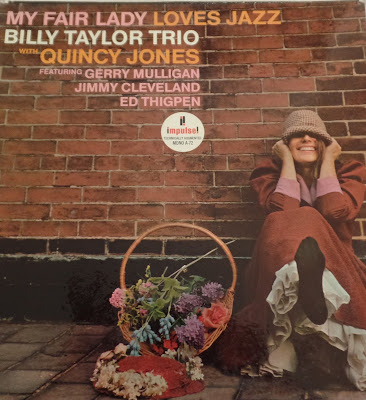 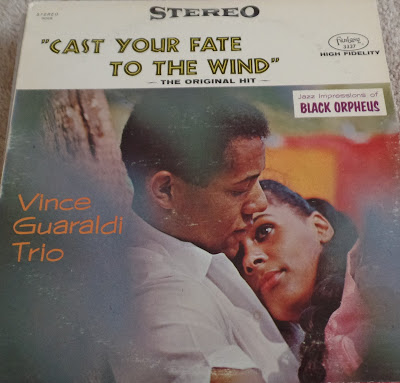 I got my Super Fly album because I loved the cover. When I finally saw the film, I was thrilled to see Curtis Mayfield himself performing in a nightclub scene. The cover has a flap that opens up to a full portrait of Mayfield. I was not prepared for the genius of his music. It was an exciting find: 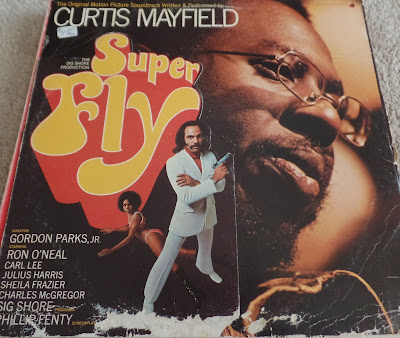 My Marlene Dietrich album isn't a soundtrack, though it is still of course movie related. I nearly died when I came across it in a used book store. That cover! 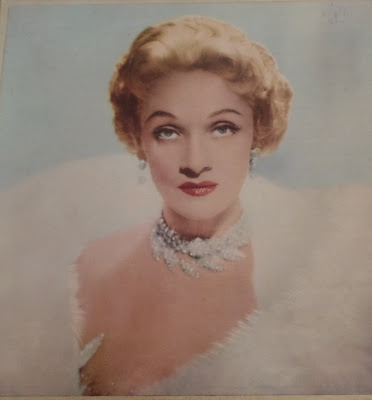 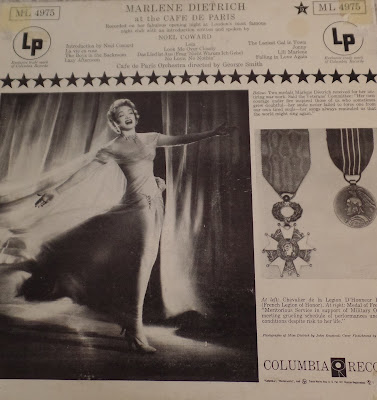 Glamour! And with an introduction by Noël Coward! But I couldn't afford it. It was the only record I'd ever wanted that was being sold at a collector's price. I sat there on the floor for a long time looking at it, wondering where I could cut a few corners on my fresh-out-of-college salary. Finally, I decided I couldn't live without it and I brought it up to the counter.

The old-timer up there winked at me and said, "this one is on sale," and gave me a steep discount. I was so stunned that I'm sure I didn't properly thank him. You don't have that kind of experience buying songs online.
Posted by KC

Email ThisBlogThis!Share to TwitterShare to FacebookShare to Pinterest
Labels: Soundtracks