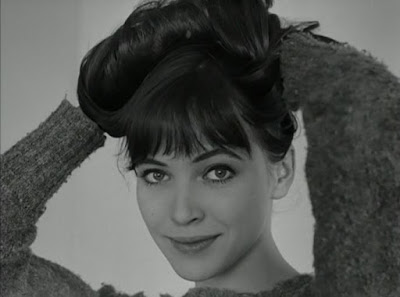 As the announcements rolled out for TCM Classic Film Festival 2016 guests, the name that inspired my most enthusiastic squeal
was Anna Karina. The actress will be introducing a sure-to-be-packed screening of Jean-Luc Godard's Bande à part (1964). This is my must-see event for the festival, as it is for many.

I could never adequately express why I love and admire this woman so much, but here are a few random things that come to mind:

1. This quote from an a profile of the actress in The Guardian in early 2016:

I am the old story. L’histoire ancienne. But an old story can still be a good story, no?

Read the whole thing. It's amazing. She has such a healthy outlook on life.

2. The famous Madison dance scene from Jean-Luc Godard's Bande à part (1964). She's having so much fun that she doesn't want it to end! I could watch it on a loop forever myself:

We will never be this hip. This is why we must watch movies.

3. I love the artless way Karina belts out a song. She's had the chance to show off her pipes in several movies. Music comes out of her in the most matter-of-fact way, as if the tunes are just an extension of her speech. Listen to how she growls her way through Roller Girl in Anna (1967). This is timeless cool. She knows what to do with a Serge Gainsbourg song. Also, only Karina and Harold Lloyd could make those glasses look so cool:

4. She communicates so much just by her presence. Godard in particular loved taking long close-ups of a silent Karina, and these shots are endlessly exciting. She is motionless, but there is a lot happening here: 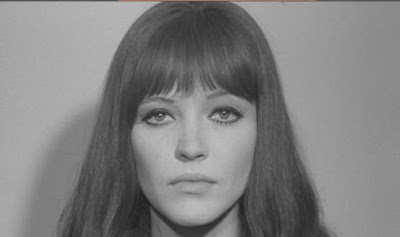 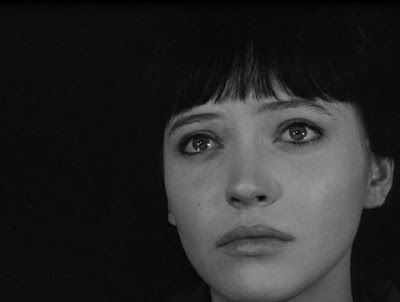 You lose some of the effect in a screenshot, but look at the boldness of her gaze. She is meant to be on camera.

5. She's brave. Karina was seventeen when she came to Paris from her native Denmark. The actress had very little money, no prospects and could barely speak French. Her courage paid off. Before she was out of her teens, she had become a successful model and actress. And then she met that fellow named Godard. 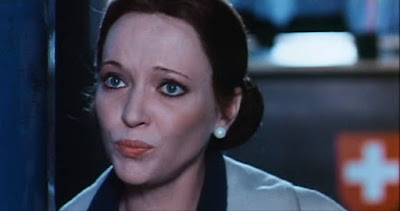 6. She's career savvy. Of course Karina was lucky to find a director like Godard who was dedicated to creating strong roles for her to play, as lucky as he was to find her. But it's what she did with the fame that their collaboration brought her that is so admirable. Once she had a taste of quality, she stuck with it, and she has continued to play strong roles throughout her career. Though she is a film legend, she does not often consent to appearing in small or cameo parts that simply trade on her fame. 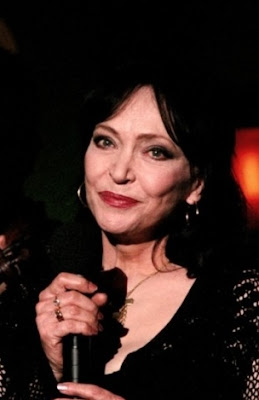 7. One major exception was her appearance as a nightclub singer in the otherwise forgettable The Truth About Charlie (2002). The film isn't very good, but her scene is perfect. Without expecting to see her, I knew immediately who she was the moment I saw her. Decades after the birth of her career, she still had that much star power.

8. She has what I like to call "the Joan Blondell effect". What I mean is that just like the eternally reliable Blondell, she is always good, no matter the film. Karina is excellent in the winners, like her charming performance as a Greek immigrant in Bread and Chocolate (1974), but even in the not-so-great flicks like Vadim's lumbering remake of La Ronde (1964), she is deeply moving. 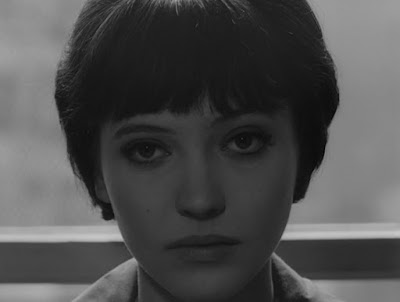 9. Her confidence. Even playing an insecure character, as with her school girl in Bande à part (1964) or as a vulnerable prostitute in Vivre Sa Vie (1962), she carries herself with a certain self-possession. Whatever their fears, her characters don't shrink away from life, and it appears she doesn't in real life as well.

10. This is a really random one, but I love the way she pulled off those crazy outfits she wore in Made in USA (1966). How does one avoid avoid looking like a clown in the bright colors and bold patterns in these dresses? By owning it. She's a queen: 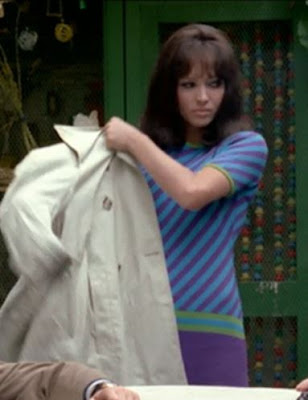 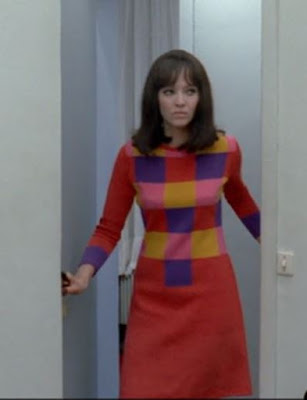 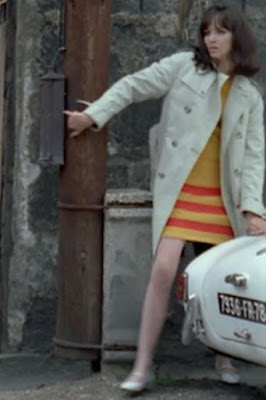