I reviewed twenty-three classic film books this year, and I found something to love about all of them. It wasn't easy to pick favorites! These seven were true stand-outs, because they brought something new to the table or elaborated on familiar stories and legends about the golden age of cinema in an interesting way.

The titles for each pick link to my original reviews, each of which are excerpted below: 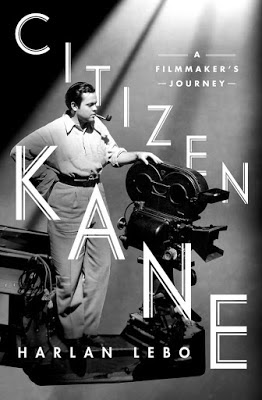 Harlan Lebo helps you to understand just how astounding the circumstances surrounding this legendary film were, from its filming to the controversy that surrounded its release. Welles' RKO contract gave him freedom that few filmmakers before or since have had and he also faced greater pressures when his masterful debut offended one of the most powerful men in the nation....If there is any film that begs for an in-depth examination, it is Citizen Kane, and Lebo has been thorough in his research. It should please any fan of the film, Welles or the art of filmmaking, and fans of outrageous stories about the studio age. 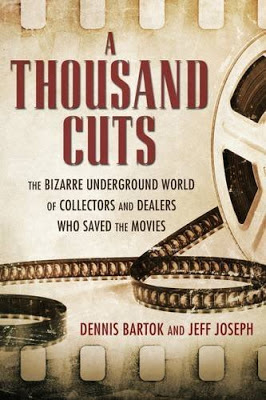 A Thousand Cuts: The Bizarre Underground World of Collectors and Dealers Who Saved the Movies, By Dennis Bartok and Jeff Joseph

A Thousand Cuts is essentially a series of interviews with various collectors, each of them given a spotlight in which to tell their story. While many of the (mostly) men in this community know each other, and refer to one another in their talks with the authors, it is interesting that they are profiled separately, each providing their own unique take on the phenomena of collecting and its decline.... It was interesting to get a closer look at the collector side of Leonard Maltin, who is best known for his books and reviews, and the chapter in which Robert Osborne reminisces about the film collection of his friend Rock Hudson had some wry insights that made me miss his presence as a TCM host. It was also wonderful to learn more about the fastidious Kevin Brownlow and his quest to rescue Abel Gance's silent epic Napoleon (1927). These three are among the less eccentric characters in a book full of people so devoted to film that they will lie, steal and screw each other over to get the prints they want. 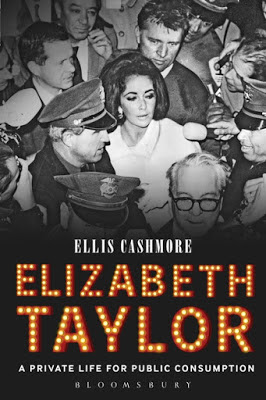 Cashmore is an academic who writes with the zest of a seasoned entertainment reporter. His well-researched, engaging text covers several decades of popular culture, making a case for Taylor's influence and exploring other groundbreaking public figures in the rapidly changing landscape of 20th century public life, like Jackie Onassis, Princess Diana, Madonna and Michael Jackson. He follows her from screen stardom through her years as an AIDs activist and perfume mogul, and on to the actresses' continued influence after her death in 2011. 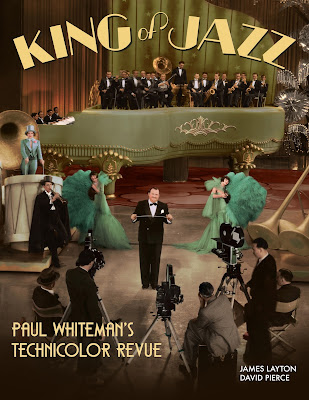 One of the best aspects of the book is that it does translate the meaning and importance of the stars, traditions and style of the film for modern audiences.Understanding these elements can increase the enjoyment of a film that otherwise can seem to zip along with little reason or form. It goes into the history of its players, placing the studio, band, performers, and Whiteman especially, in their various industries and explaining how they all came together....The book is modest in its assessment of the film. There is no claim that this rather jumbled spectacle is a universal classic in need of enormous revival. It makes a strong case for its appeal though, from the cheerful skill of its performers and the fun of seeing Bing Crosby in his first film role to the stunning designs of Herman Rosse, who won the Oscar for best Art Direction for his work on the production. 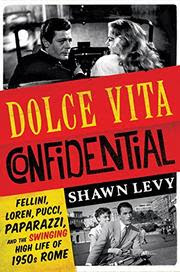 When I learned of the publication of Shawn Levy's Dolce Vita Confidential, my first thought was, "Please let him write about the time Anita Ekberg threatened the paparazzi with a bow and arrow!" Levy does chronicle this brief, amusing episode and many other sensational tales of the wild life in 1950s Rome. However, these bits of dolce indulgence sit on a solid foundation, one where I found even more intriguing storytelling and a fascinating history of a city, and country, pulling itself out of the devastation of World War II and glittering more brightly than it had before....Many of these stories were retold through Fellini's unique lens in La Dolce Vita. A significant portion of the book is devoted to this influential, controversial film. The director was stunned to inspire such anger with his film and perhaps also a bit amazed by the extent of the acclaim it won as well. Upon exiting the premiere, Sophia Loren said to him, "Poor you: What do you have inside of you?" 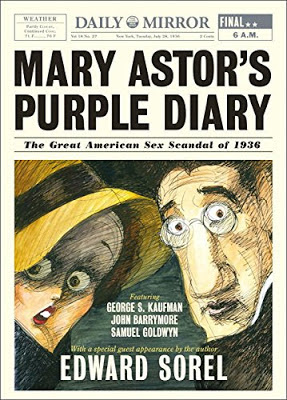 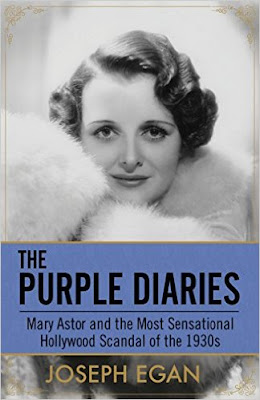 The Purple Diaries: Mary Astor and the Most Sensational Hollywood Scandal of the 1930s, By Joseph Egan

It has certainly been the year of the Purple Diary....Of the two books, Sorel's is dancing around with a lampshade for a hat; Egan's is sitting by the fireside, with a strong cocktail in hand. I love both, but if you're looking for details, the latter is where you'll find them.

These are just a few of my favorites. It has been a great year for classic film books. What are your top picks for 2016? Please share in the comments; it doesn't have to be a book published this year!
Posted by KC