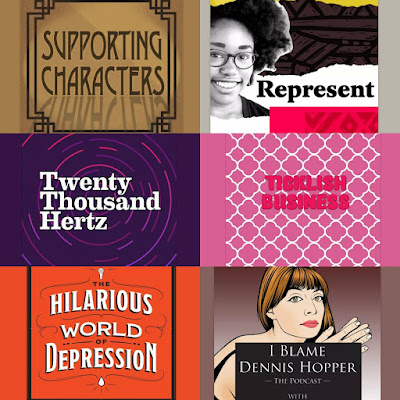 I subscribe to an overwhelming number of podcasts, covering a wide range of subjects, and of course that includes classic movies. As much as I am always scrambling to keep up with new episodes, every once in a while a show will stick with me and maybe even inspire me to listen again. I want to start sharing these episodes as I come upon them, because there's so many podcasts out there that I know it can be difficult to weed through it all and find the best of the bunch. Expect more posts like this one!

Do you have a favorite podcast that would be of interest to classic film fans? Do you have a movie-themed podcast? Then please share in the comments!

All podcast titles lead to the show's webpage, specific show titles link to the episode discussed: 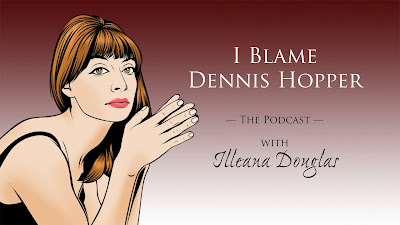 Illeana Douglas is well known to many classic film fans as a true cinema devotee and student of film history. Much like her book I Blame Dennis Hopper, her podcast is full of love for, and insightful critical appreciation of the movies. Primarily an interview show, many episodes touch on different aspects of classic film,but my favorite by far is Douglas' interview with television host and writer Alicia Malone. I think a lot of movie fans will be able to relate to her tales of childhood movie obsession, collecting VHS tapes, recording intros off TV, and the terribly lonely feeling of being the only kid in school who adores classic film. (also listen to episodes with Beverly Gray, Ben Mankiewicz, Eddie Muller, Peter Bogdanovich, Beverly D’Angelo)

This slickly produced podcast about different aspects of sound often touches on issues of interest to classic film fans. My favorite is the episode about the most famous movie scream ever recorded and the cult that has risen up around this split second snippet of sound. 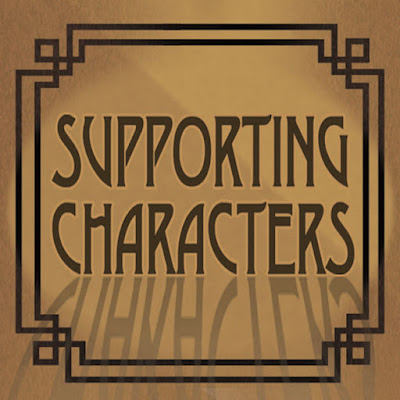 My favorite thing about Cult Movies author Danny Peary is his complete lack of pretension and snobbishness when it comes to film. While he looks at the medium with a highly critical eye, he understands that great cinema can come in any form. That attitude is what has made his books, including the popular Cult series, among the most successful in the film arena. He brings that spirit to this lengthy, wide-ranging conversation on the podcast Supporting Characters, in which he covers many aspects of film, the cinematic culture in which he grew up, and his books. This is simply a great audio document to have available for film fans. (also listen to the episode featuring Molly Haskell.)

This podcast focuses on comedians dealing with depression, but its episode featuring Dick Cavett is a can't-miss treat for classic film fans. In addition to poignantly discussing his struggles with the disease, he talks about his experiences with celebrities like Groucho Marx, Marlon Brando, and Judy Garland.

Film writer Kristen Lopez (full disclosure: she has been my editor at ClassicFlix) hosts a lovely podcast featuring film reviews and interviews with various personalities of interest to classic film fans. I especially enjoyed the episode in which she interviewed Hollywood Forever Cemetery tour guide Karie Bible, who is perhaps best known for many years playing the role of the mysterious woman in black, a tribute based on a real Rudolph Valentino fan who so garbed would place a rose on the actor's grave each year on the anniversary of his death. Here she shares her experiences guiding classic film fans through this famous cemetery. 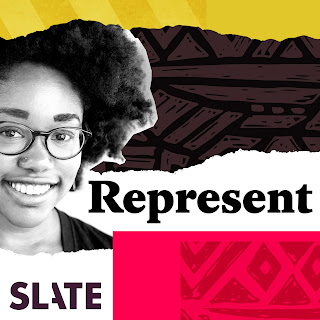 While she has attended the TCM Classic Film Festival, Represent podcast host and Slate writer Aisha Harris devotes most of her energy to thoughtful analysis of current pop culture. Every once in a while discussion about a classic enters the mainstream again though, as happened when theater owners, exhibitors, and critics began to examine Gone With the Wind (1939) through the current cultural viewpoint and rethink how it should now be presented to the public and whether sometimes it shouldn't be screened at all. This is actually a guest appearance that Harris made on the Studio 360 podcast, which she posted on the feed for her show, but I wanted to highlight her own podcast because it is so good and worth a listen as well.