A Peek at the Heroes & Villains: The Art of the Disney Costume Exhibit at MoPop 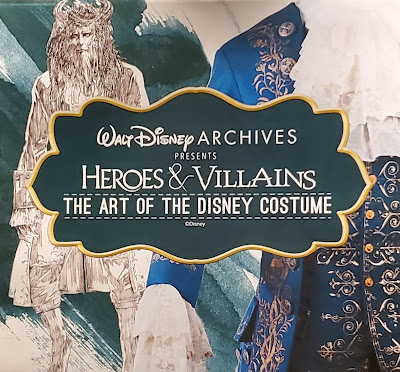 I attended an inspiring preview of the Walt Disney Archives’ Heroes and Villains: The Art of the Disney Costume exhibit yesterday at the Museum of Pop Culture in Seattle. While the collection focuses on pieces from films made within the past few decades, I was pleasantly surprised to find several nods to classic Disney. 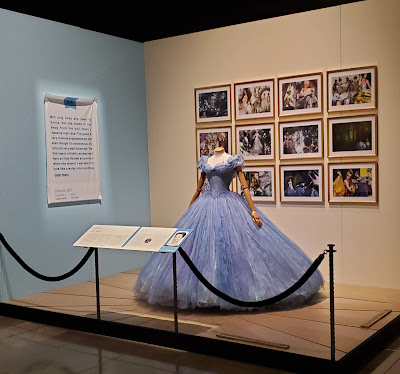 There are seventy pieces in the collection, including works by celebrated designers like Sandy Powell and Colleen Atwood. Glorious gowns dominate, with an extensive tableau of dresses from various productions of Cinderella, a trio of eccentric pieces featured in A Wrinkle in Time (2018), and the unusually detailed costume Angeline Jolie wore as Maleficent. 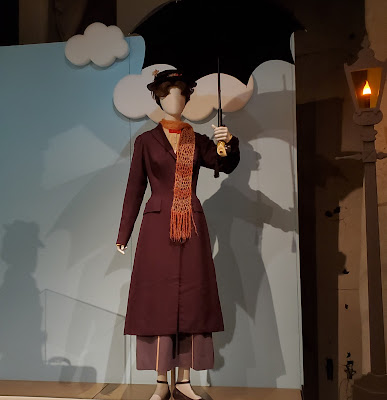 The oldest piece in the collection is Julie Andrews’ traveling costume from the original Mary Poppins (1964), which is charmingly displayed with the famous bird head umbrella. I was also delighted to see a dress Bette Davis wore in Return from Witch Mountain (1978). As much as I loved the oceans of tulle and finery around me, I got chills seeing something my acting heroine wore. I loved the way the Hero and Villain concept was presented. In addition to separate “Good” and “Evil” sections, there was a category called Spaces Between (because we all have a soft spot for Maleficent and The Evil Queen). There was also the Heroes vs. Villains section which showcased a series of duos facing off: from the rugged garb of Gaston and The Beast, to the strikingly detailed gowns worn by Susan Sarandon and Amy Adams as Queen Narissa and Giselle in Enchanted (2007). 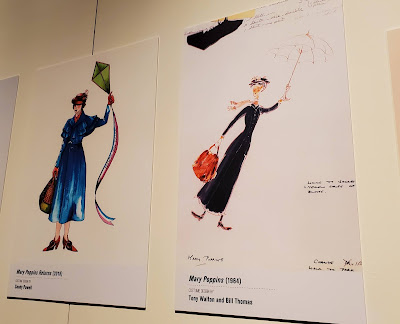 In a room adjacent to the main exhibit, there are several costume sketches on the wall, with looks from many lesser known Disney classics including Summer Magic (1963) and Those Calloways (1965). There’s even a sketch from the Zorro television show. The room also includes the Magic Mirror feature which enables visitors to “try on” various costumes digitally.
It’s a fascinating exhibit, presented with elegance and ingenuity. As with other works of art, the experience of seeing a costume up close can be deeply moving. In a mass-produced world, it’s exciting to see garments created with such care and attention to detail. In addition to having been on the backs of great stars, they are mini masterpieces, worthy of their own glory.
Tickets for the exhibit are available now. It opens on June 5, with a MoPop member preview on June 4. Check out the official exhibit page for information about a series of Zoom presentations, including a chat with costume designers, a virtual cosplay workshop, and an Enchanted watch-along. 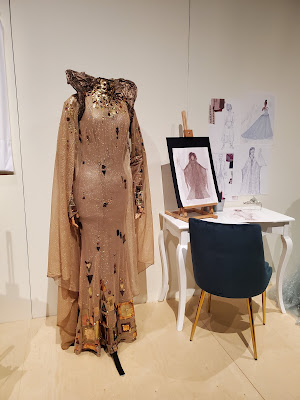