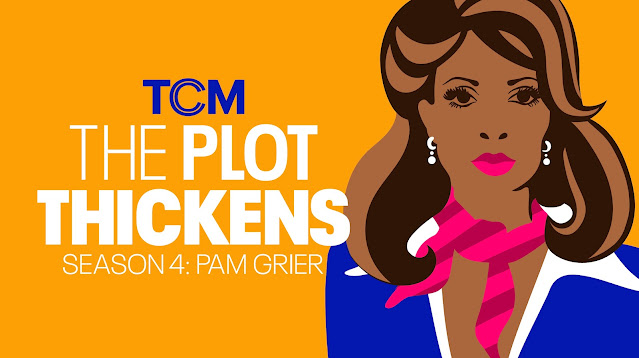 While I'm not going to Hollywood until Friday, I've been getting TCM Classic Film Festival news here and there. The best thing I've heard yet? It was announced at the media mixer today that season four of the TCM podcast The Plot Thickens will feature actress Pam Grier.
The first female action star of the modern era (and the first black female action star in Hollywood as her precursors in the silent era were all white), Grier has always had a lot more to offer than exploitation fare and eventually she was able to show that. However, those first films are the the most exciting of her work. Her screen presence was an explosion of charisma and sharp wit, and the source of many iconic moments.
I can't wait to hear more about Grier, because I know she's a fighter and has overcome a lot. Now I am extra excited to see Grier interviewed before Coffy (1973) as my last film of the TCM Classic Film Festival!
Posted by KC