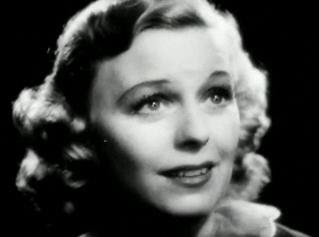 Margaret Sullavan never cared much for Hollywood. She was more prolific on the Broadway stage, where she originated the lead roles in Sabrina and Stage Door. Even her marriages to Hollywood players: actor Henry Fonda, director William Wyler and agent Leland Hayward, didn’t last (her fourth marriage to businessman Kenneth Wagg was her most long-lived). Nevertheless, Sullavan made her mark on Hollywood. Her low, throaty voice belied her often passionate nature and that conflict contributed much to her onscreen charisma.

There are many gems among the few movies Margaret Sullavan made before she abandoned tinsel town. Here are some of my favorites:

The Shop Around the Corner (1940)
As dueling shop employees (and secret pen pals), Sullavan and Jimmy Stewart are one of the best-matched movie couples. They switch smoothly from fast paced exchanges of insults, to quiet talks so intimate that you feel you are intruding. Sullavan was a perfect Lubitsch heroine: resourceful, clever, and knowing and yet vulnerable. 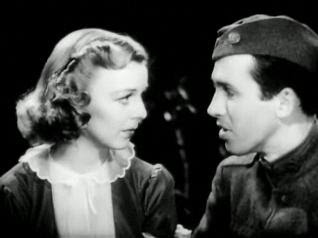 Though the first movie Sullavan made with Stewart isn’t as rich as Shop, their pairing is just as perfect. Sullavan is a brash showgirl who must come to terms with her growing affection for a naïve soldier (Stewart) who is hopelessly in love with her. It is Sullavan’s wildest role; her shouting matches with her maid are among the funniest scenes, but she balances her flashes of temper with a delicate, and sometimes heartbreaking, tenderness.

Three Comrades (1938)
Sullavan won an Oscar nomination for her role as a doomed woman who charms three soldiers at the end of World War I. She lends a simple poignancy to her role which helps restrain the melodrama in this tearjerking drama. It is easy to see why three friends would agree to share her, if that was what it took to be near her. 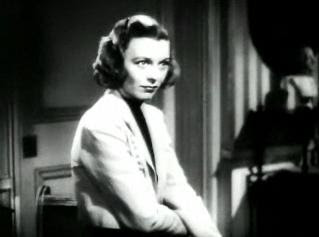 My favorite Sullavan movie is this fairy-tale-like comedy about an orphan whose encounter with a wealthy suitor leads her to give a total stranger an opportunity worth a fortune. In her funniest and happiest role she faces the complexities of the adult world by strictly following the thoroughly uncomplicated moral teachings of the orphanage. It’s a twist on the coming-of-age tale where the heroine stays the same and everyone else around her changes. Sullavan maintains the orphan’s sense of innocence and wonder, despite all the dark things she learns about the world outside the orphanage walls.