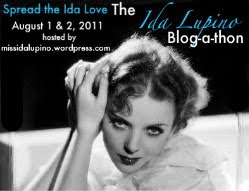 Search for Beauty (1934) was Ida Lupino’s first Hollywood movie, but it wasn’t meant to be. Paramount had planned to give Lupino a big build up in the title role of its all-star production of Alice in Wonderland. When the young starlet arrived from the United Kingdom, the studio realized she was much too sophisticated for the part of young Alice.

The movie she did make could hardly have been more different. Its plot fits well into the pre-code era. Search for Beauty is about a trio of con artists who convince a pair of Olympic athletes to edit their health and exercise magazine, which is actually a front for a racier mag with juicy stories and photos. Lupino is one of the athletes, and it isn’t a great role. She’s there to be cute and earnest, and she is.

Lupino’s look in this flick is a starlet version of Jean Harlow. You almost can’t recognize her under the platinum curls and the plucked, eternally astonished eyebrows. She still speaks with a British accent on screen which makes her foreign in more ways than one. When I first saw her in the role I thought "Who is this?" 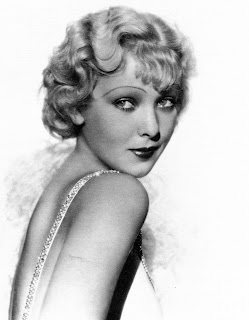 Though Lupino had enough spunk for the pre-code age, it didn’t give her the means to demonstrate what made her special. She came upon that in the forties, when her voice began to get smoky, and she restored her naturally dark hair color. Her wistful, but steely persona fit the somber mood of the film noirs that sprouted during the era.

Fortunately, Ida knew how to take care of herself. For a while she was homesick, and despaired of ever finding a decent part, but by the end of the decade, she had established herself as a powerful leading lady.

In 1939, she was something more than the damsel in distress in The Adventures of Sherlock Holmes. Then she stole a script for The Light That Failed and insisted upon an audition, which won her the juicy part of Bessie, a streetwalker. Finally she blew everyone away with an intense, crazed performance in They Drive by Night (1940).

I’ve often wondered what would have happened to Lupino if her role in Search for Beauty had been a blueprint for her career, rather than a starting point. Would she have been that charming, but dull starlet until she faded away? I tend to think she would have. Ida Lupino was a smart gal, and she became the artist we love today because she was determined to make her own opportunities. That makes me love her even more.

Here are a couple more of my posts about Lupino:

A Tribute in Song: Ida Lupino by Carla Bley