Book Review: Mamoulian Could Be Your Favorite Director 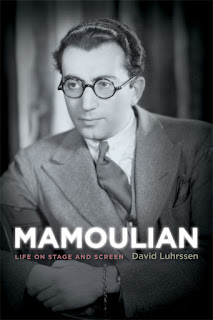 When you think of Silk Stockings (1957), The Mark of Zorro (1940), Queen Christina (1933) and Dr. Jekyll and Mr. Hyde (1931), do you think of one man? I'll bet that many film fans think of Fred Astaire, Tyrone Power, Greta Garbo and Fredric March. But part of the reason these stars were so memorable in these movies was that they were guided by the elegantly artistic Rouben Mamoulian.

I suppose Mamoulian had a bit of a category problem. He could direct anything, and he did, so he didn't specialize in a genre the way directors like John Ford, Frank Capra and Alfred Hitchcock did. You don't hear the term "Mamoulianesque" in movie language, because he wasn't easy to pin down.

Mamoulian did have a distinctive style, and a precise method of filmmaking, but it was subtle, in part the product of a rich education in theater. Though he certainly didn't avoid struggle in his life, his progression from a comfortable childhood in Tiflis (formerly of the Russian Empire) to directing for the stage in London, on to Broadway and, finally Hollywood, was relatively smooth. He would eventually split his time between the stage and films, determined to avoid long-term contracts and thus, very much in control of his career.

This is the man you get to know in Mamoulian: Life on Stage and Screen. A sophisticated, intelligent artist, who, for the most part, moves confidently through his professional life. You don't get much about the man himself, though he was apparently a hit with the ladies in Hollywood. That is, until he finally settled down with socialite artist Azadia Newman, to whom he would stay married from 1945 until his death in 1987. I would have liked to have known more about how these and other personal relationships shaped his work. Perhaps there was not much material out there about a man who married once and called it a day? Was he just the Irene Dunne of directors?

It didn't matter much, because learning about Mamoulian's work was intriguing enough. Whether on the stage or screen, he knew how to exploit every sense to move an audience, and Luhrssen explores his methods in satisfying detail.

Mamoulian's use of every day sounds on the street to create rhythm, as on stage with the drama Porgy or onscreen in Love Me Tonight (1932) was unique and clever, while seeming so simple. With Applause (1929), he was the first sound director to successfully layer background sounds under dialogue.He also let the camera roam, rather than sit cranking away in the corner, capturing a static scene, and that gave his films a visual rhythm as well. 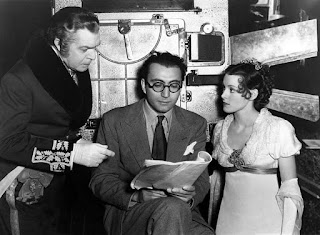 When with Becky Sharp (1935) Mamoulian was given the task of filming the first three-strip Technicolor movie, he deliberately used color to set the mood. The backgrounds were in a cool, Wedgewood blue, reflecting the stately calm of a wealthy class. When the sounds of approaching troops reached a ballroom full of lavishly-dressed dancers, Mamoulian had his fleeing revelers run out in groups of color, from ballgowns and coats in cool blues to bright reds, to visually demonstrate the rising panic of the guests.

Mamoulian also knew his actors. He knew when to step back, as he did when directing the famously perfectionist Fred Astaire in Silk Stockings. He also knew how to draw the performance he wanted from his cast. When he wanted to strike a particular tone with Garbo, he would say "This mood is like the purple sunset when the leaves turn their shadows, and now and then a yellow leaf falls down." And she would know what to do. That remarkable final shot of Garbo's enigmatic face in Queen Christina is a fine example of what he could achieve.

Luhrssen digs into all these elements of Mamoulian's work, and it is fascinating to see the roots of so many of his screen inventions in his early stage work. The director played with sound, color and emotion from the beginning of his career, so that when big opportunities were handed to him, he knew exactly what to do. 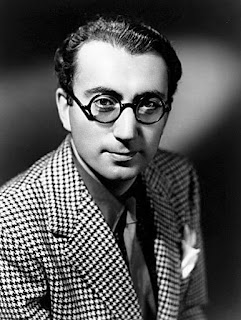 It did turn a bit sour in the end. Mamoulian was fired from his last two directing jobs, the movie musical Porgy and Bess (1959) and the notorious Cleopatra (1963). He might have made Porgy a classic--he had done versions of both the original drama and the musical on stage--but you almost feel relieved that he missed out on Taylor's Egyptian fiasco. Instead, Mamoulian essentially retired, writing the odd project, still reportedly looking at scripts now and then, but also enjoying traveling for the tributes paid to him all over the world.

Rouben Mamoulian directed seventeen feature films, and many of them have stood the test of time, though his stars often draw more attention for them than he does. While it can be difficult to draw a line between Blood and Sand (1941) and Golden Boy (1939), his touch is there, in that layered approach he had to making films. The best part about Luhrssen's book, is that you can make that connection and begin to understand that, however subtle it may be, you can detect the Mamoulianesque quality. Perhaps the reason the term never caught on was because no one could ever imitate him.

Thank you to University Press of Kentucky for providing a review copy of the book.