This was an astonishing year for movie books. So many epic, revealing, gorgeous and all around high quality titles were released. As you regular readers know, I couldn't resist covering several of them. I wanted to give a little extra attention to the tomes that I found especially satisfying this year.

Though I was fortunate in that I honestly found something to love in everything I reviewed in 2013, there were a few that really stuck with me. I thought about them long after I'd read them. Sometimes I even picked them up again. They were not necessarily the books with the most buzz. They simply resonated with me personally.

I still can't believe all these treasures came out over a period of twelve months. All titles link to my original review.:

Mary Pickford: Queen of the Movies, Edited by Christel Schmidt

Don't get me started on Mary. We've got a long way to go with America's Sweetheart. She should be up there in public affection with Chaplin and Keaton. And I think we're getting there, if slowly. I give Queen of the Movies and Schmidt a lot of credit for helping to make that happen. This lovely, fascinating bio. and celebration of the woman responsible for so many significant firsts in film was also the subject of my first review in 2013 (though the book came out in 2012). I still think that it deserves classic status for its diverse and well-executed exploration of all things Pickford, from fascinating analysis of her life, films and career to gorgeous photos of her costumes, films, posters and so much more. 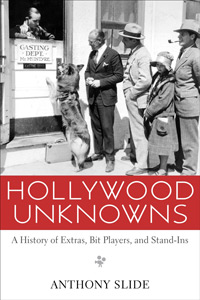 Hollywood Unknowns: A History of Extras, Bit Players, and Stand-ins, by Anthony Slide

It was a devastating education, but I really enjoyed learning about the turbulent lives of the thousands of people who supported the stars in classic Hollywood. Though I knew a few things about extras, bit players and the like, I had no idea how they struggled or what a complex, orderly society they formed. I especially liked that Slide shared the names of so many of these mostly forgotten players. It was a humanizing show of respect for a group of players who were and continue to be of vital importance to making movies. 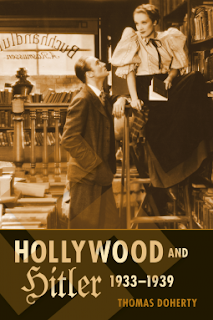 I approached this title with a great deal of dread and solemn responsibility. Every time I read about Hitler I have nightmares. So why torture myself? I felt I could not truly understand classic Hollywood without taking in every little smudge on the picture. Being that thorough isn't for all film fans, many of us just want to escape into the films alone, but there's a lot to be said for absorbing and understanding this dark time in world history through the lens of the influential film capital. I also could not resist Hollywood and Hitler because it is by Doherty, a responsible, knowledgeable film historian and scholar. In a year where a now notorious researcher with a similar focus chose sensationalism over developing a full understanding of subject and context, I was never more grateful for his integrity and skill. 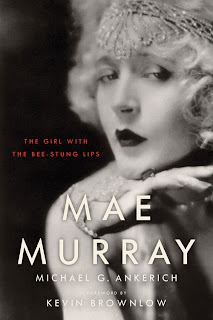 Mae Murray: The Girl With the Bee Stung Lips, by Michael G. Ankerich

What to do when your subject is a bit of a pill? A troublemaker? So haughty you wonder what dreamland she lives in? If you're Michael Ankerich, you don't give her a pass, but you do find a way to love her. The Girl With the Bee Stung Lips is a deeply satisfying journey into the life of a true eccentric. Silent movie queen Mae Murray raised a lot of hell, but she could show a lot of heart as well. Her sad, goofy, crazy story leaves you with the impression that whatever Murray may have been, she probably never bored anyone. 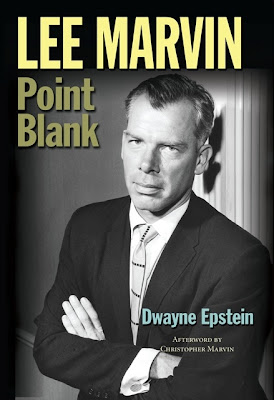 
In a manner similar to the previous book, Epstein takes a trouble making star with a rough reputation and gives you a reason to love him. Marvin had his demons, and he left a lot of damaged lives in his wake, but in Point Blank you understand the force of his allure. A lot of this is due to input from Betty Marvin, the star's first wife. Though she suffered her share of heartbreak as a Hollywood wife, she is balanced in her assessment of her ex-husband. Her edgy, essentially warm reminisces serve almost as narration for Epstein's lively, vibrant story. I was inspired to look up Betty Marvin's own memoirs, and found them fascinating as well. 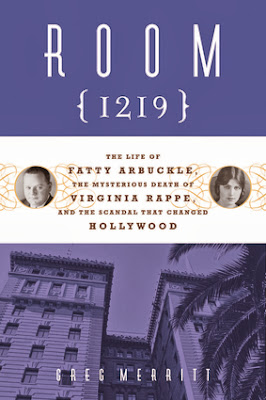 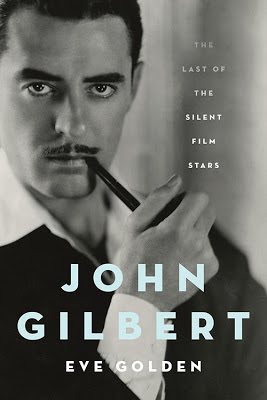 Room 1219: The Life of Fatty Arbuckle, the Mysterious Death of Virginia Rappe, and The Scandal That Changed Hollywood, by Greg Merritt and John Gilbert: The Last of the Silent Film Stars, by Eve Golden

Roscoe "Fatty Arbuckle" and John Gilbert, two of the great casualties of classic Hollywood, were the subject of thorough and compassionate biographies this year. Over the years there have been an overwhelming number of rumors surrounding these wild, lucky, talented and unfortunate men. Merritt and Golden scrupulously lay out what facts they can find from a pair of busy, eventful lives. When they are forced to speculate, their thoughtful analysis may take us as close to the truth about Arbuckle and Gilbert as we are ever going to get. 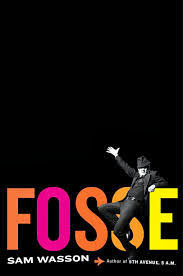 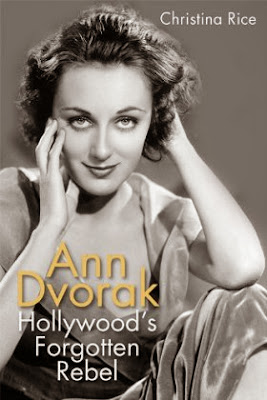 I've probably already said this more times than anyone cares to hear, but these are seriously my bladder-bursting books of 2013. When you consider that Fosse was 700 pages (a surprising amount of that was devoted to his movie work), you can see the difficulty in my not being able to put the darn thing down. I similarly lost track of time while reading the Dvorak bio, with its difficult-to-research, and charmingly eccentric subject. It wasn't until recently that I understood what these two very different books had in common: accomplished storytelling and a knack for providing context without derailing the narrative. It helps that both authors dug deep with their research and found fascinating details to flesh out their stories. They could have employed a lot less skill in stringing them together and I would still have been satisfied. The fact that they managed to make those bits and pieces sing as they did is such a treat. 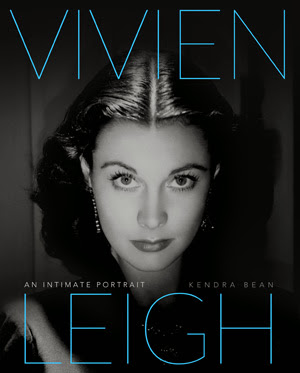 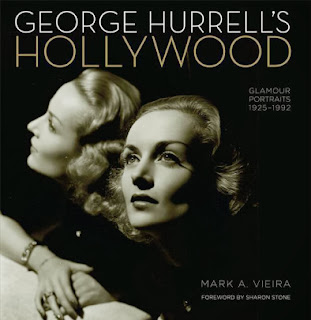 While Bean and Vieira are primarily responsible for the success of these gorgeous and intelligent tributes, I've got to also pay my respects to Running Press for publishing the most beautiful film books of the year. To get great substance and drool-inducing beauty in one package is about as good as it gets. I love the convenience of an eBook, but this is why we still need print: intricately detailed end papers, expertly printed photos, artfully colored and arranged fonts--nothing will ever beat them.
Posted by KC