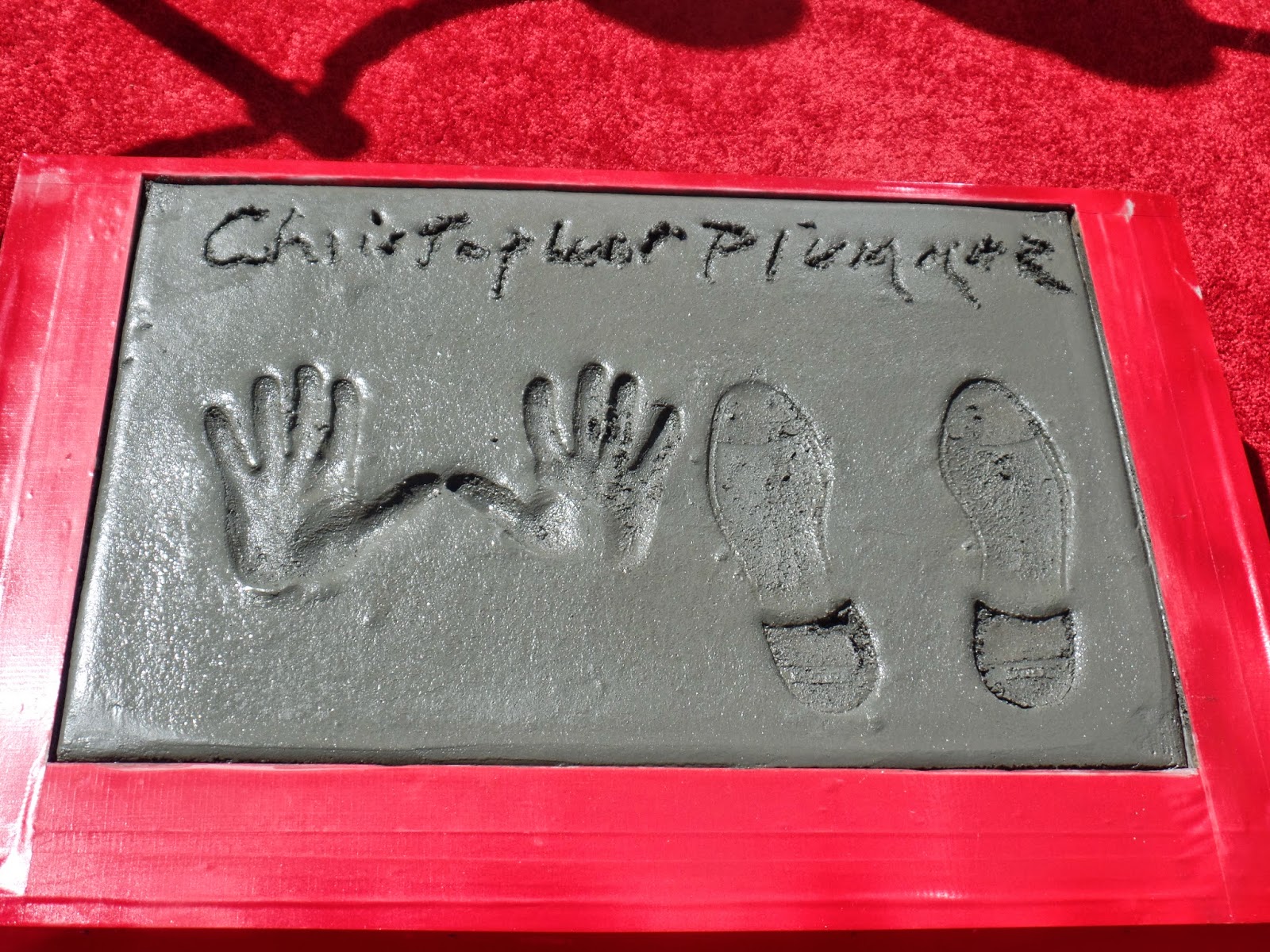 The hand and foot print ceremony in the forecourt of the Chinese Theater is one of my favorite TCM Classic Film Festival events. It's an occasion of blissful celebration and pure joy.

Last year's tribute to Jerry Lewis was a riotous affair, my recording of the event is full of people snorting with laughter at the comedian's antics. While this year's tribute to Christopher Plummer, on the second day of the festival, had plenty of laughs, it was overall a much more serene affair. 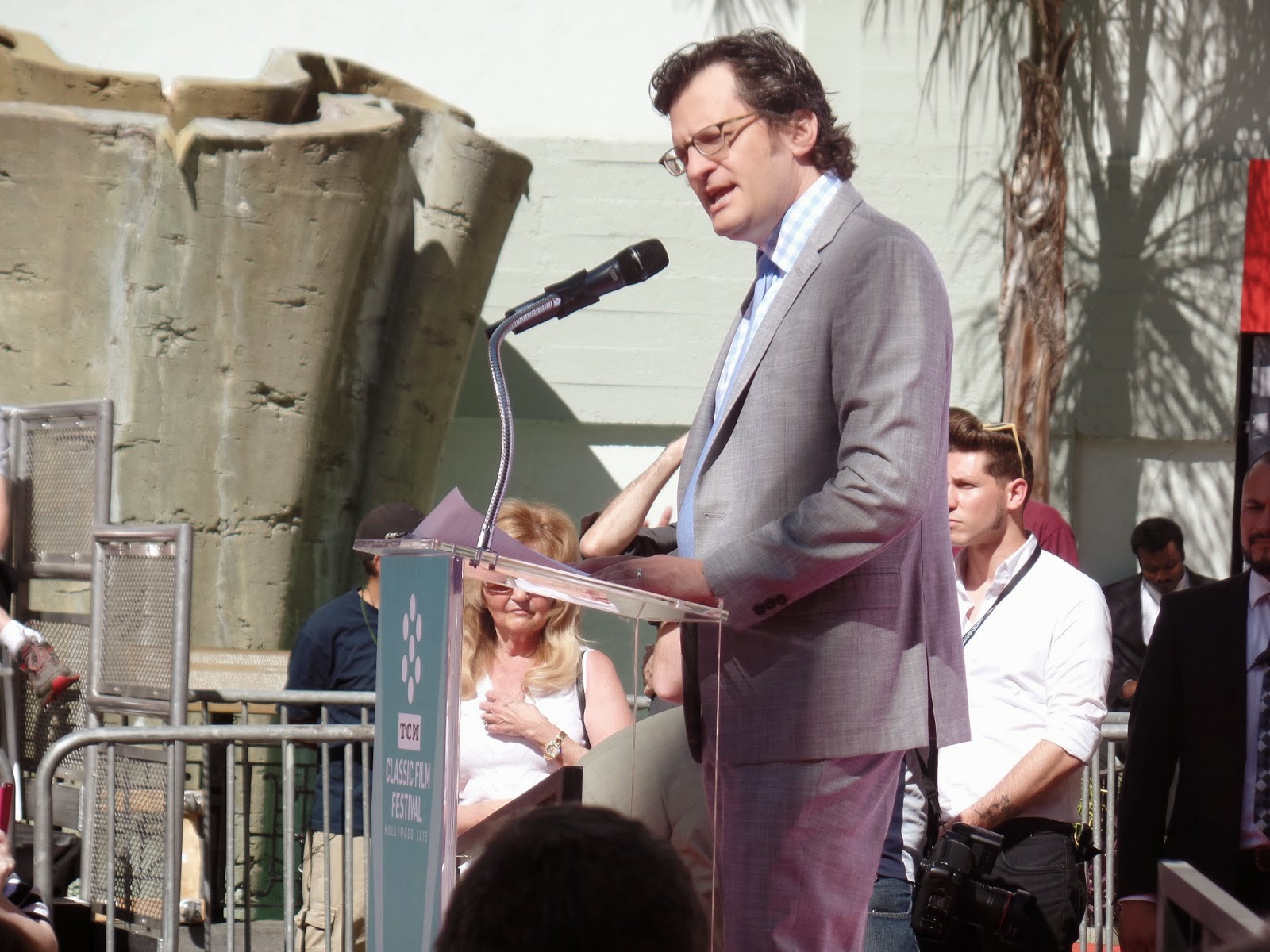 TCMFF Energizer Bunny Ben Mankiewicz (seriously, I saw him everywhere, definitely the festival MVP) served as MC for the event. In his introduction, he noted that Ontario-born Plummer was the recipient of two Tony awards and an Oscar. He also listed some of the films in the actor's impressive resume, including The Man Who Would Be King (1975), Malcom X (1992), Inside Man (2006) and of course The Sound of Music (1965) 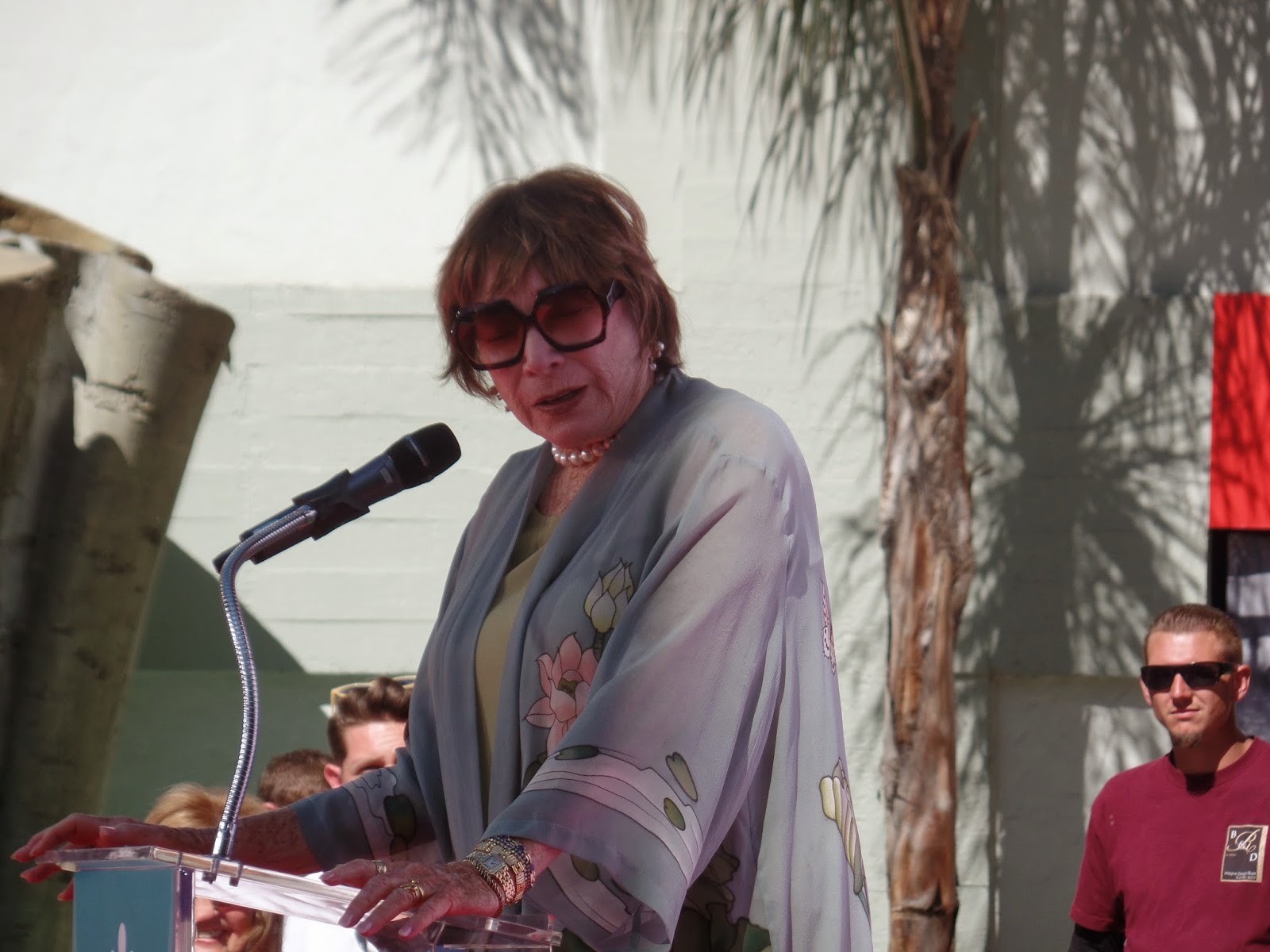 I'm here not only to honor your putting your hands and feet in cement, but I'm here to see how the hell you get up. -Shirley MacLaine

Next up to the podium was longtime friend and Plummer costar Shirley MacLaine. The pair appeared together in Closing the Ring (2007) and last year's Elsa and Fred. MacLaine praised the actor for his acceptance of her spiritual interests, and his interest in her dogs. She joked that, "he taught me how to drink one whole bottle of wine in fifteen minutes." The actress also praised Plummer's one man stage show, which she claims ran an impressive two-and-a-half hours.

This sweet photo of the two hugging is my favorite of the morning: 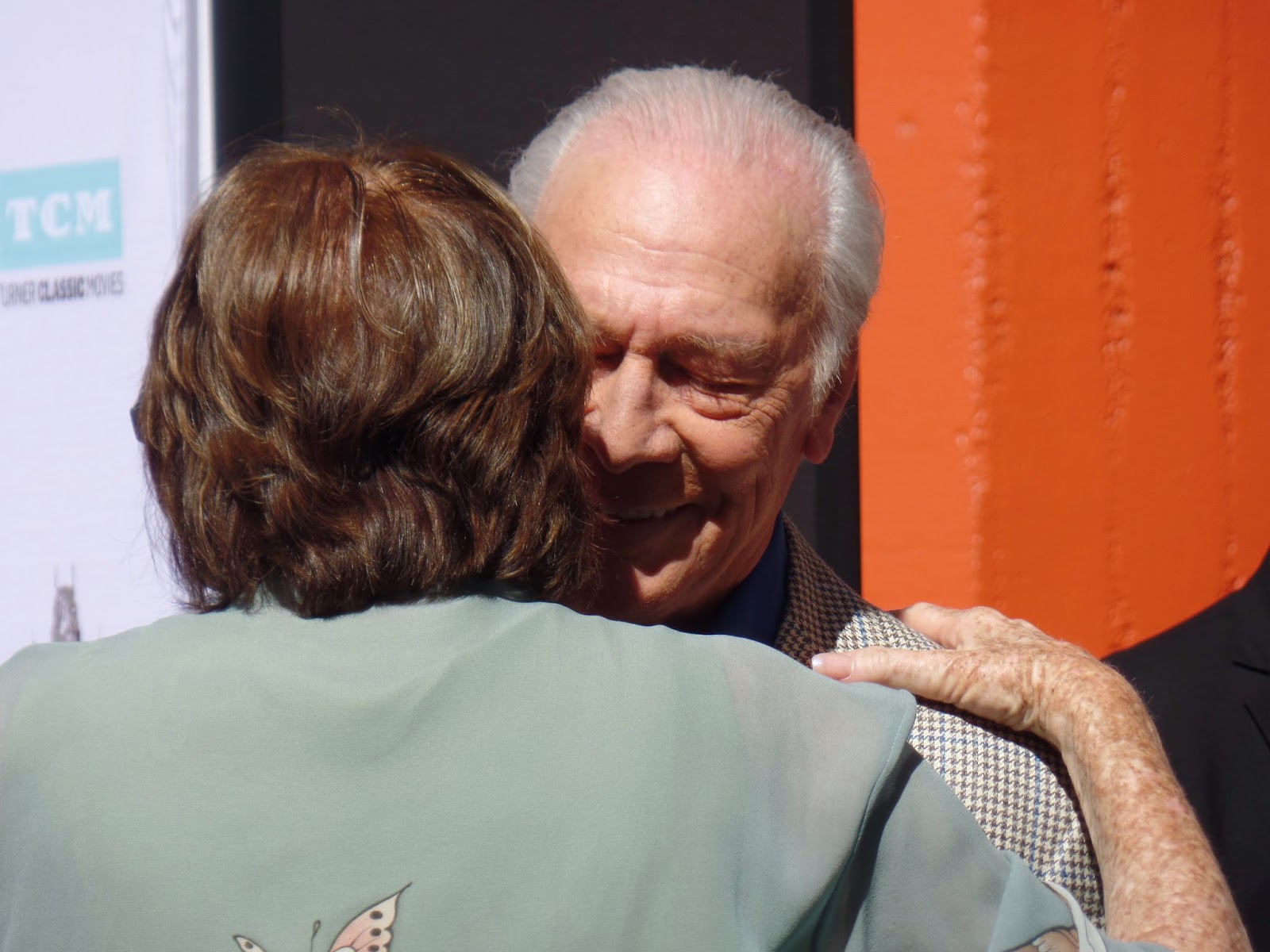 Up next: the always unforgettable William Shatner. I was thrilled to see him. He always seems to be doing an impression of himself. I mean, even the way he was holding his coffee cup seemed "Shatneresque" to me. 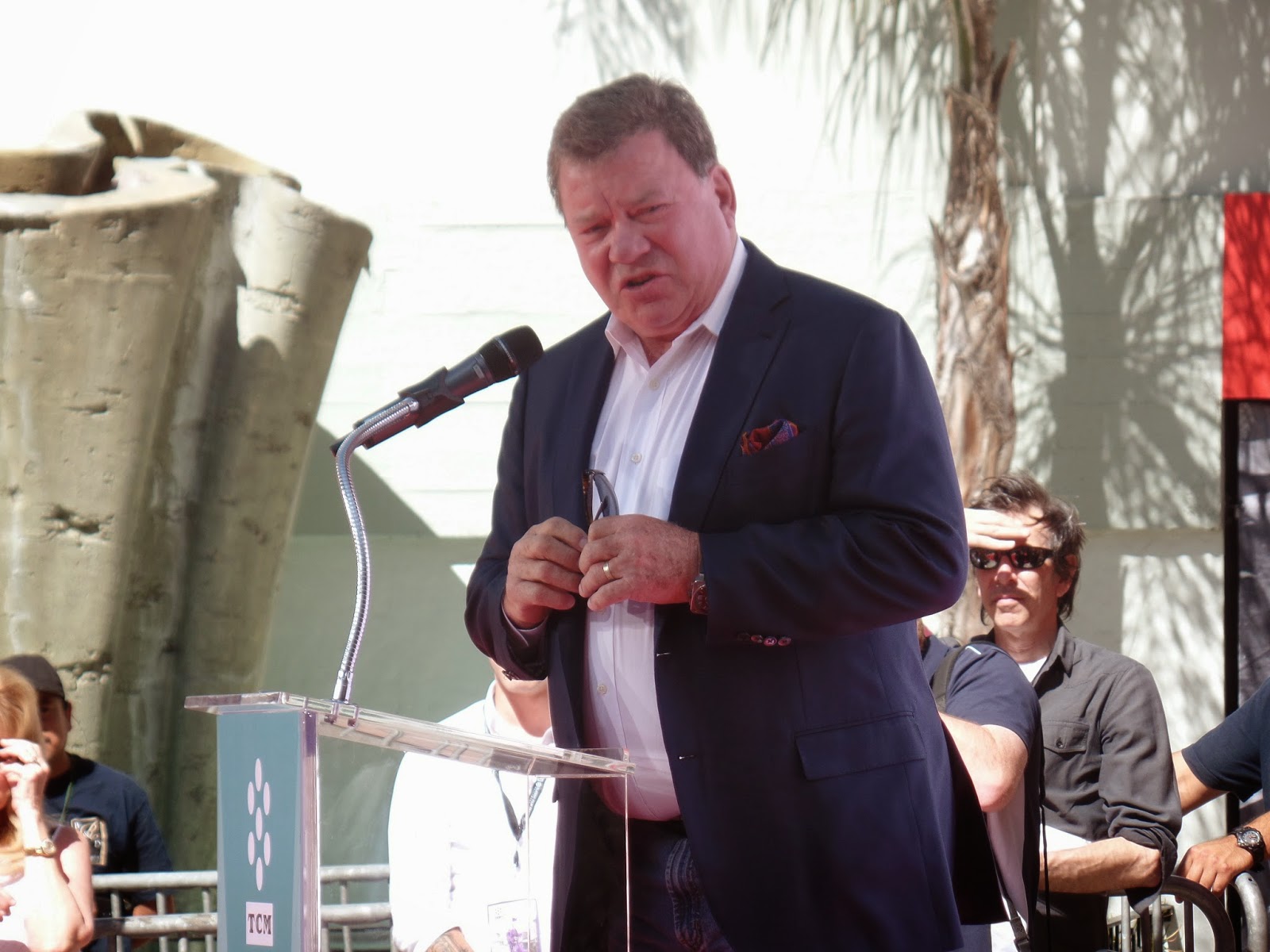 I followed you everywhere. I would follow you anywhere. But you have to go first. -William Shatner

Turns out Shatner was Plummer's understudy in a 1955 production of Henry V in Montreal. The actor crafted his speech around the idea that he was always following in his footsteps, trailing his path to Canadian radio (where they both performed in French and English), summer theater, the New York stage and eventually film and television in Los Angeles. It was definitely a "Shatneresque"  speech. 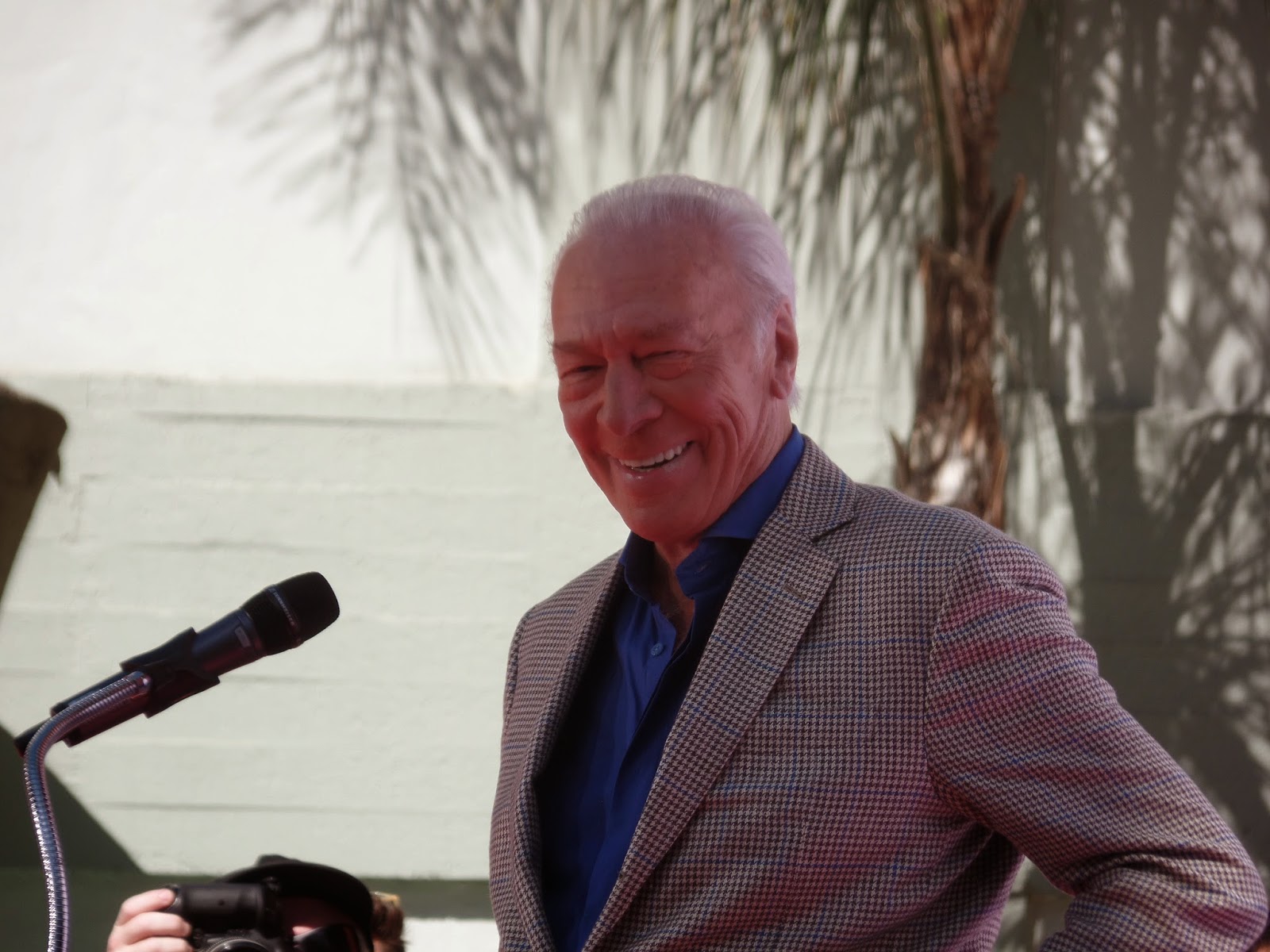 Finally it was time to hear from the man of the hour. As he took the podium, Plummer joked to MacLaine, "I actually prefer your dogs to you." For the most part though, the actor's speech was sober, emotional and showed his deep appreciation of the honor which he was about to receive.

He said, "My mother once predicted that I would have to wait to be a very old man before receiving recognition in our profession. She was absolutely right, but she never mentioned anything about getting stuck in cement and allowing pedestrians to trample over me to their heart's content." Plummer added that he was, "immensly touched that I am a part of this glorious history." The actor also paid tribute to TCM and asked that the channel continue "enriching lives" He was humble, grateful, charming and still just as dreamy as he was back when I developed my five-year-old crush on him.


I should also note that when he stood up from making his handprints, he did it a lot better than I would, and I'm half his age!

One of my favorite things about the hand/foot print ceremony is that you never know who will show up. This year I was pleased to see Alex Trebek in attendance. Here he is chatting with Shatner, with Plummer in the background between them. I'm pretty sure this is what heaven is going to look like: 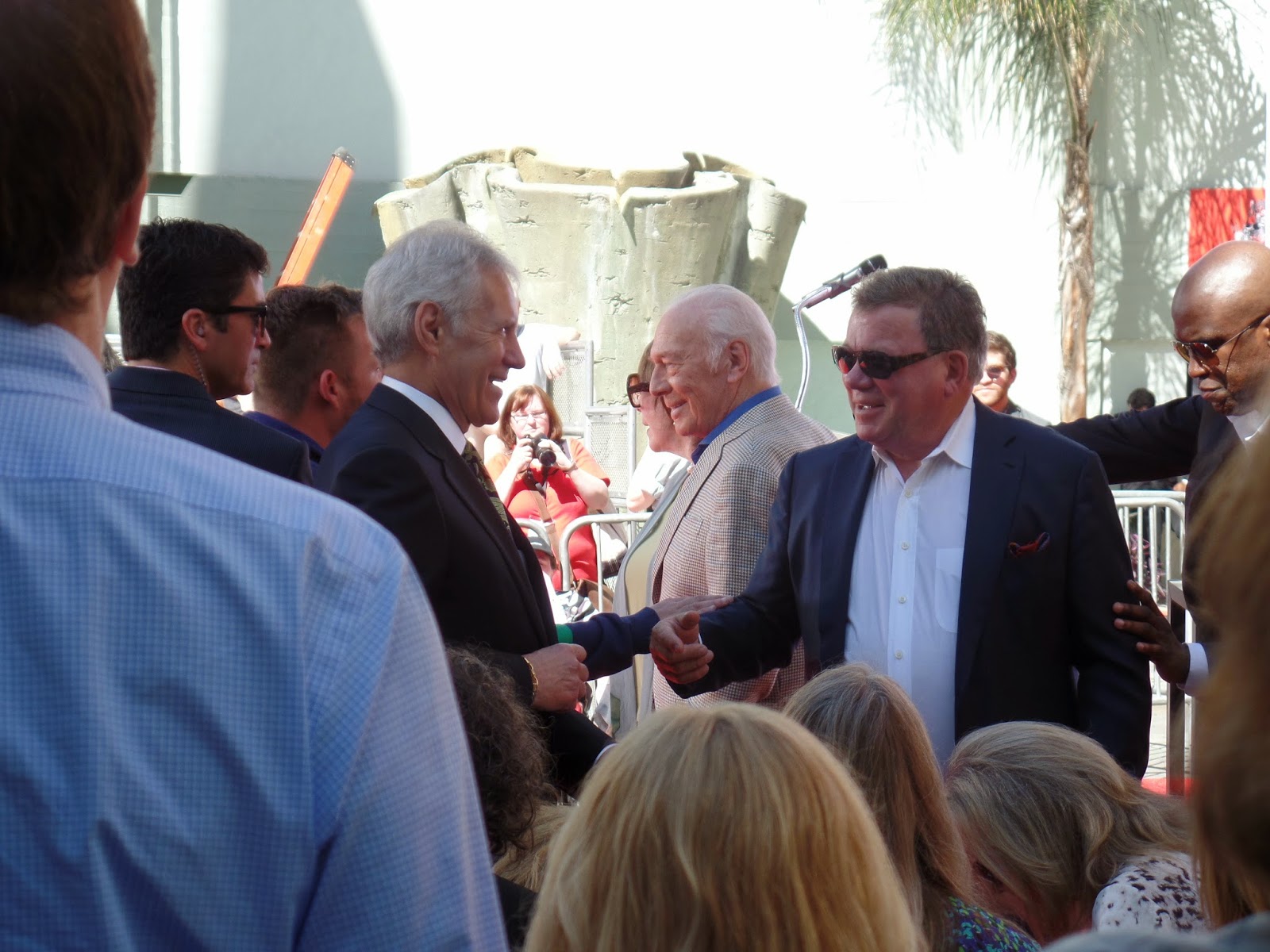 Just like last year, Raquel and Jessica also attended the ceremony. We all missed our friend Daniel of Celebrity Cafe, who we met at the event in 2014, but who was not able to attend TCMFF this year, so we sent him this picture (with Nora included!)


I like the unusual composition of this official TCM pic with Kimberly added to the mix. Kind of an action shot! If we ever get tired of blogging, the five of us can solve mysteries for our unseen boss Robert O: 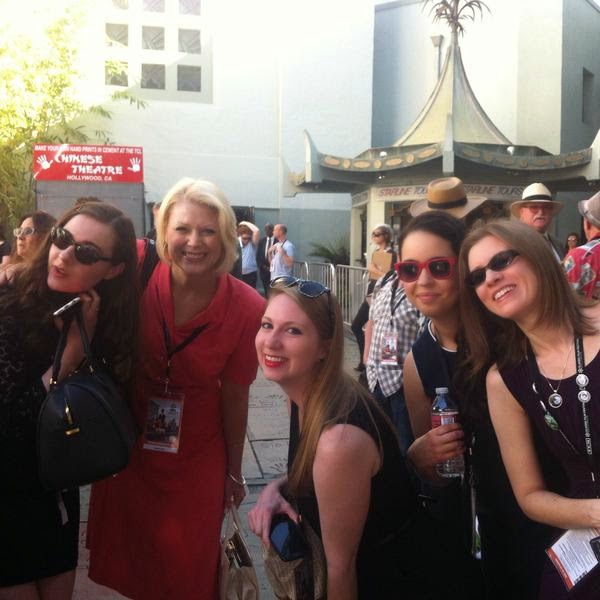 A few more shots of the event, all courtesy of TCM: 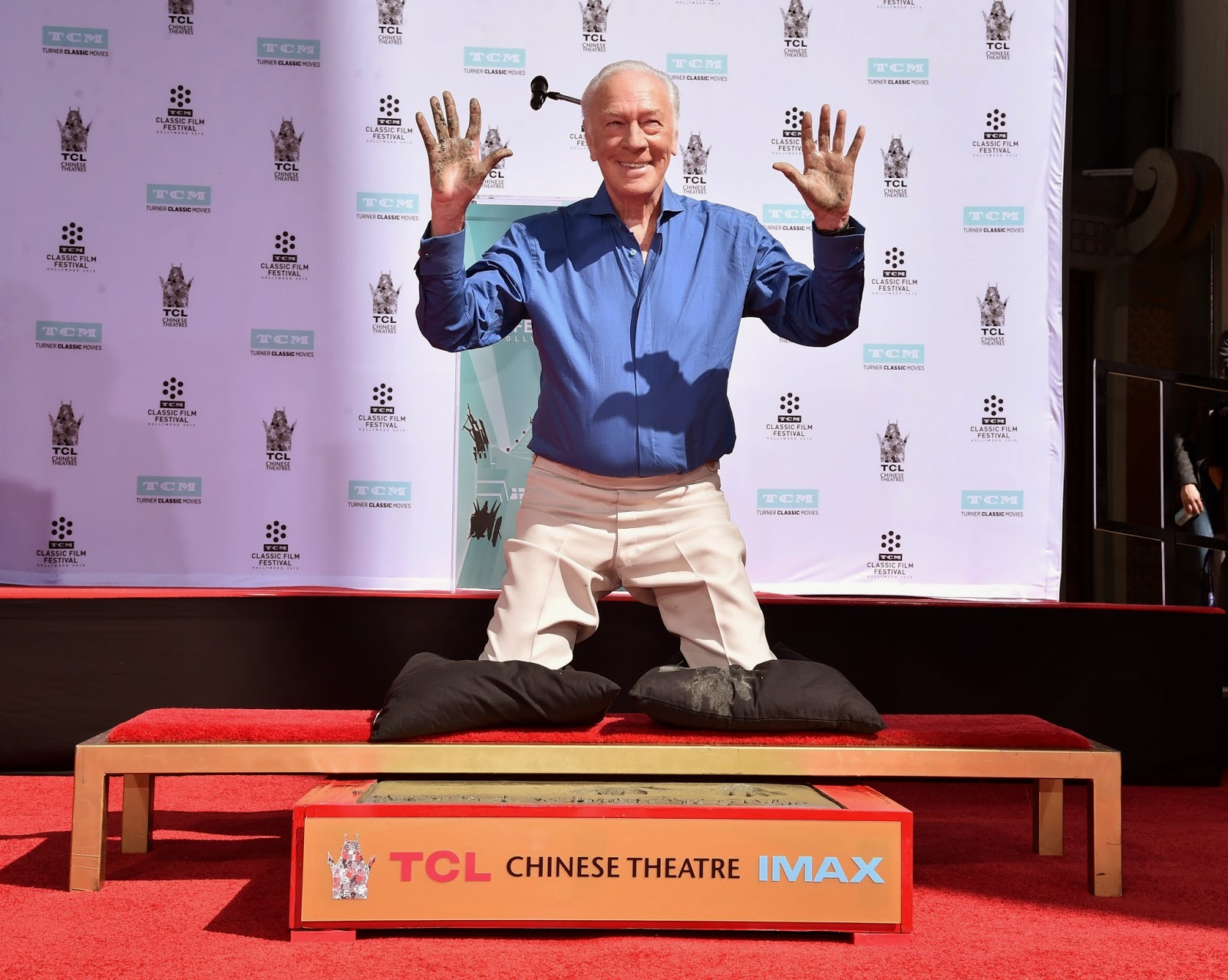 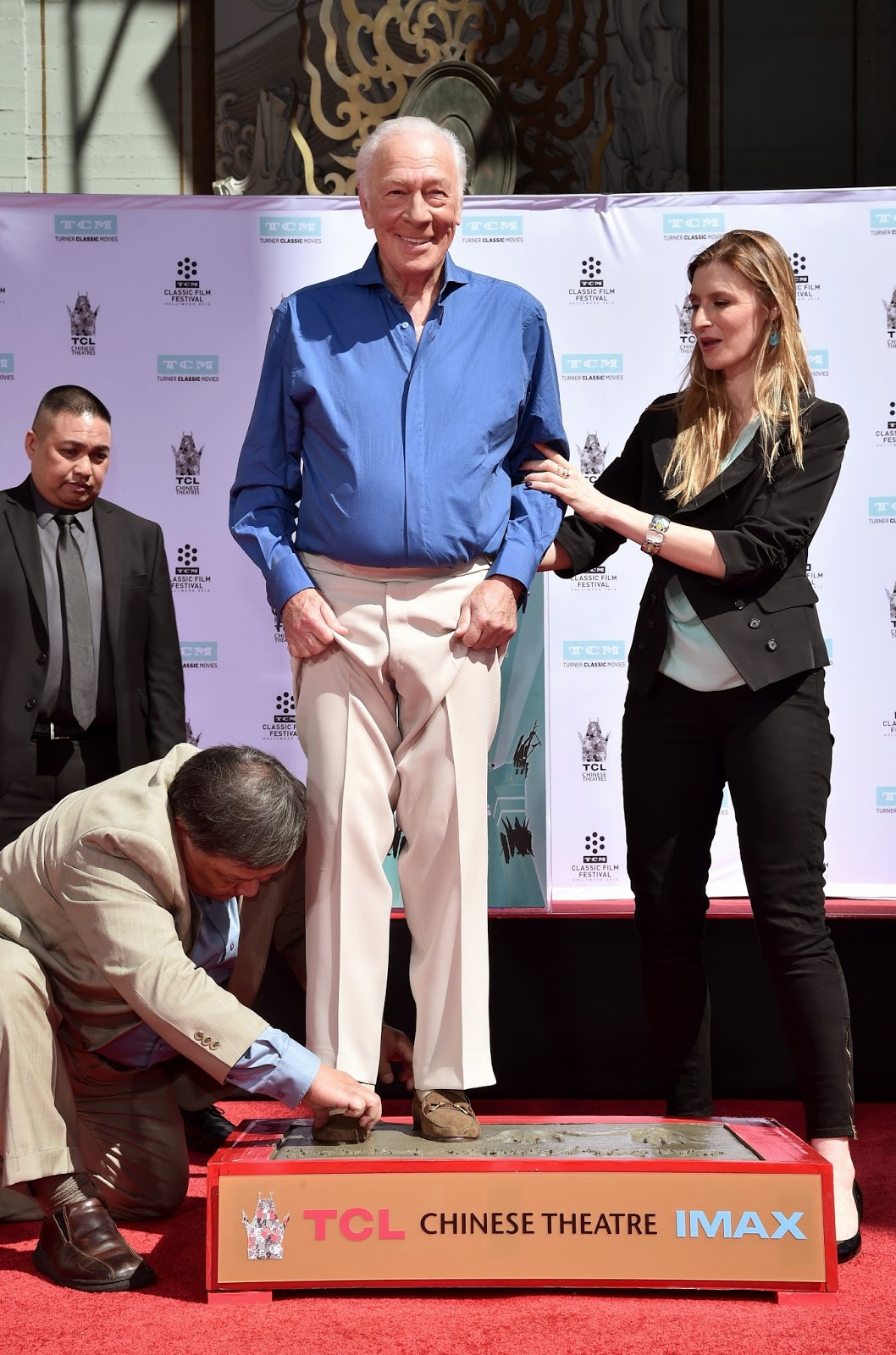 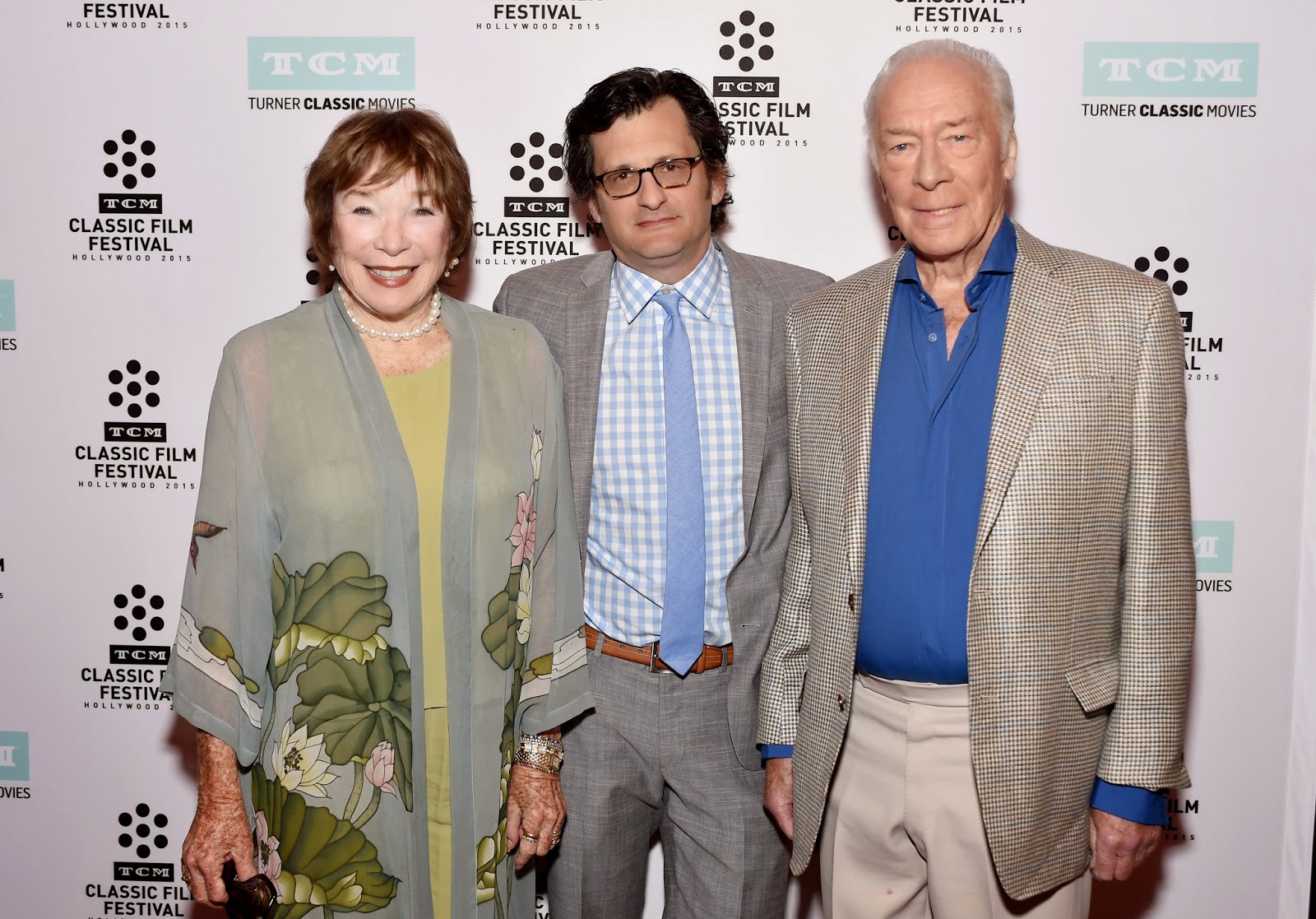 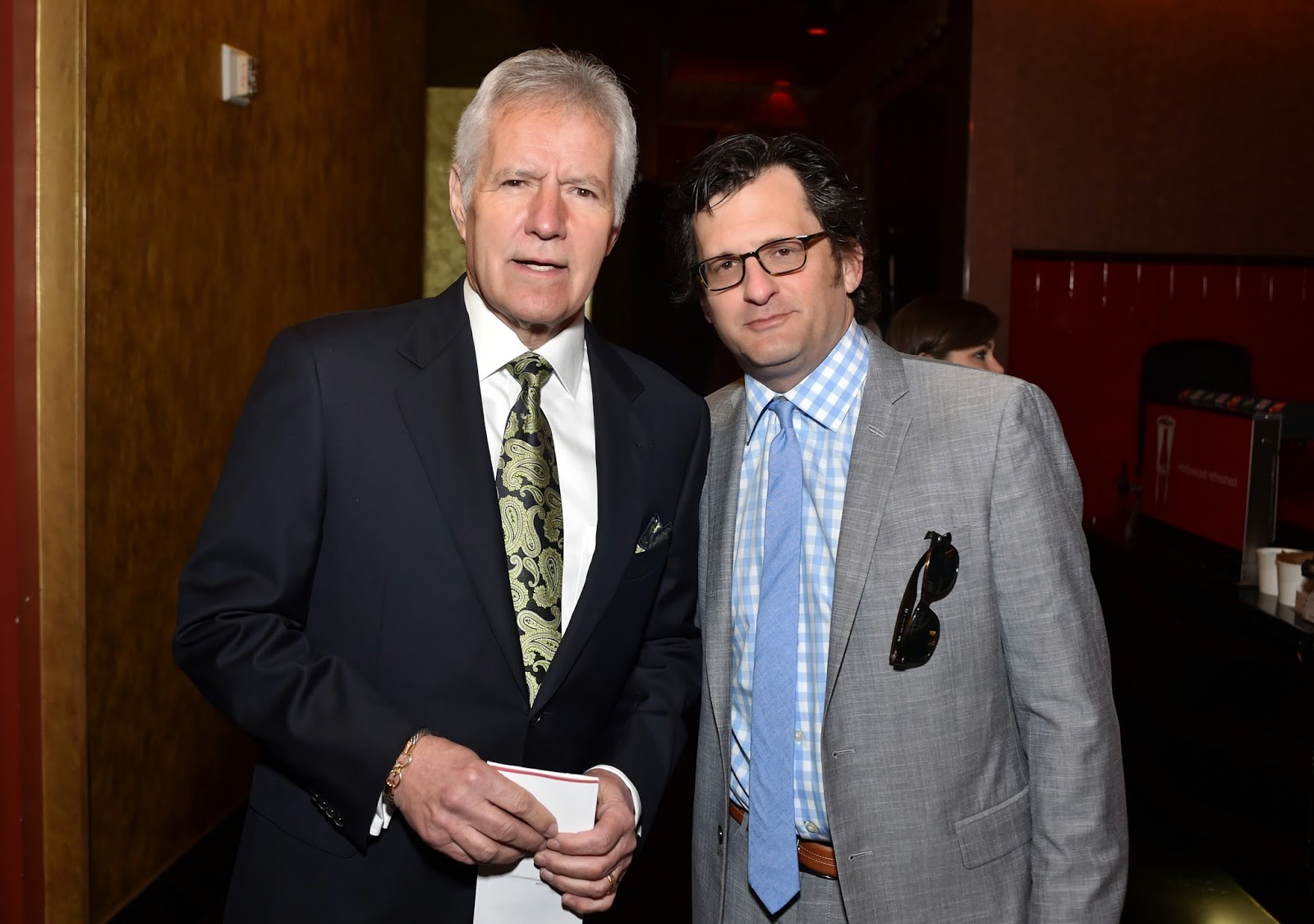 All photos are the property of A Classic Movie Blog unless otherwise noted.