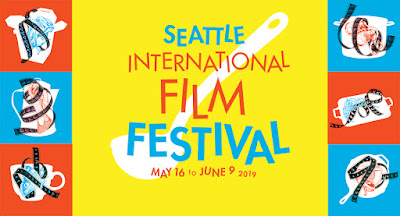 The schedule for the 45th Annual Seattle International Film Festival is out, and it is a jawdropper. SIFF is going to be an especially happy place for classic film fans this year. With restorations, rediscoveries, and a diverse array of voices, the selection is especially tantalizing.

This year’s festival runs from May 16 to June 9, and I’ll be writing about several screenings in more detail as the month progresses. For now, here are my recommended flicks. All film titles link to schedule and ticket purchase information: 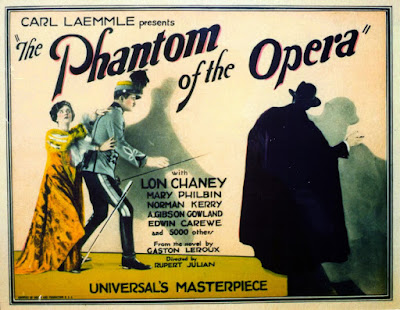 The Phantom of the Opera (1925) with Live Soundtrack by the Invincible Czars
This is the third time the Austin, Texas-based indie band The Invincible Czars have provided musical accompaniment for a silent at SIFF. I loved the knowledge of music history, creativity, and craft that went into their score for John Barrymore’s Dr. Jekyll and Mr. Hyde (1920), which they performed at SIFF 2017, so I’m looking forward to seeing what they come up with for another horror silent.

As the Earth Turns (1938)
Shot in Seattle, this newly remastered sci-fi thriller has been out of circulation for 80 years. Seattle native Richard Lyford directed and starred in the film, which includes location footage of Boeing Field and Gasworks Park. I love that even the new score has been composed by a Seattle composer, Ed Hartman.

Spies (1928)
Fritz Lang’s take on the thriller is his penultimate silent film. Of epic length, but fast-paced, there are many elements which would eventually become genre tropes and spy gadgetry in this mixture of intercultural agent romance and intrigue. SIFF will be screening a 2K restoration. Barbara Rubin & the Exploding Underground (2018)
A brisk portrait of the brief life of Barbara Rubin, an experimental filmmaker who boldly established herself in the primarily male arenas of  movies and Orthodox Judaism in 1960s New York. The story of the woman who introduced Andy Warhol to the Velvet Underground is bound to be interesting.

Miles Davis: Birth of the Cool (2019)
Via recordings he made while writing his autobiography, Miles Davis himself gets to narrate much of this straightforward and thorough documentary about the legendary jazz trumpet player. Former loves, family, bandmates, and experts present a justifiably critical, but empathetic portrait of an artist, who had a reputation for being difficult, but whose impact on and complete adoration of music is undeniable. Movie fans will love the in-depth segment on the unorthodox way Davis created the soundtrack for the Louis Malle film Elevator to the Gallows (1958).

What She Said: The Art of Pauline Kael (2018)
The polarizing, long-time New Yorker critic Pauline Kael gets the documentary treatment in a film that alternates her own words and life with clips of the films she reviewed.

Storm in My Heart (2018)
The Story of Film: An Odyssey (2011) director Mark Cousins examines race and privilege in Hollywood by comparing the lives of stars Susan Hayward and Lena Horne. Born in the same year, on the same day in Brooklyn, these talented women had dramatically different careers. The film primarily consists of the Fox musicals Stormy Weather (1943) and With a Song in My Heart (1953) , which starred Horne and Hayward respectively, playing side-by-side on two quarters of the screen, while text with trivia about the women and their lives occasionally appears on the other half of the screen. At first I found the presentation headache-inducing and the comparison not as compelling as I'd hoped, but the story gradually builds and deepens. You begin to understand the exhaustion both actresses felt as women in Hollywood, but how much more profoundly draining it was for Horne as a black woman. A tonal shift in the final ten minutes of the film firmly establishes that divide. 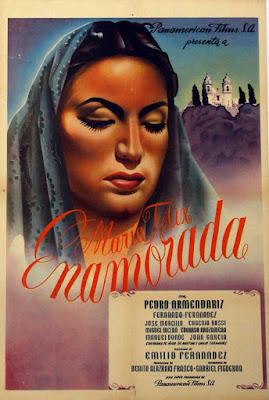 Enamorada (1946)
I have been dying to see the films of Mexican movie star María Félix for years. After being limited for so long to admiring her in stills, I’m excited that I will be seeing her in action for the first time on the big screen,costarring with Pedro Armendáriz (From Russia with Love [1963]). The restoration of the print was overseen by Martin Scorsese, who has done so much to bring classic international film to a wider audience.

I Am Cuba (1964)
A gorgeous film that is notorious for its Soviet propaganda, but celebrated for magnificent cinematic technique. Whatever you think of the politics of these four stories of Cubans struggling under the Batista dictatorship, Mikhail Kalatozov’s long, climbing tracking shots are a baffling wonder. 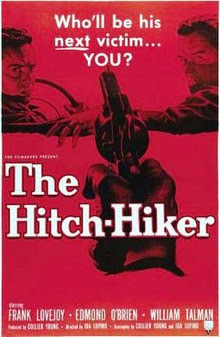 Between the Lines (1977)
Director Joan Mickin Silver’s (Chilly Scenes of Winter [1979]) joyful and devastating film about a group of journalists working for an underground newspaper in Boston touches on the same takeover anxiety that plagues the industry today, but is for the most part about the lives of these difficult, but intriguing people. Baby faces abound in this flick that came early in the careers of Bruno Kirby, Jeff Goldblum, John Heard, Lindsay Crouse and Jill Eikenberry.

Sonja: The White Swan (2019)
Norwegian filmmaker Anne Sewitsky directs this biopic of skating star Sonja Henie, who was all smiles in her Hollywood movies and apparently the exact opposite off-screen. 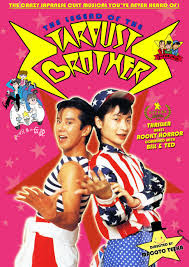 The Legend of the Stardust Brothers (1985)
Every description I see of this Japanese new wave musical about a manufactured pop duo compares it to another movie: Rocky Horror Picture Show, A Hard Day’s Night, The Apple. All of these comparisons are apt, but insufficient to appropriately describe this silly, chaotic, and immensely entertaining movie. With zombies, manga, inventive slapstick and wall-to-wall music, there’s always something interesting, and sometimes astounding, happening. While there will be three screenings of the film at varying times of day, this is definitely a Midnight must-see. 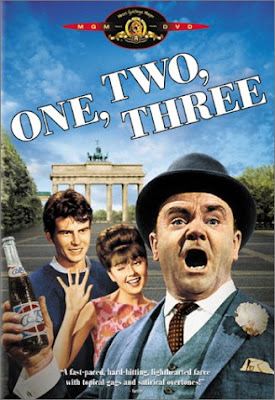 I’m not a big fan of Billy Wilder’s Cold-War comedy 1,2,3(1961), but I did want to mention the festival screening. It’s a good opportunity for fans of the director and star James Cagney to see the film on the big screen.
Posted by KC