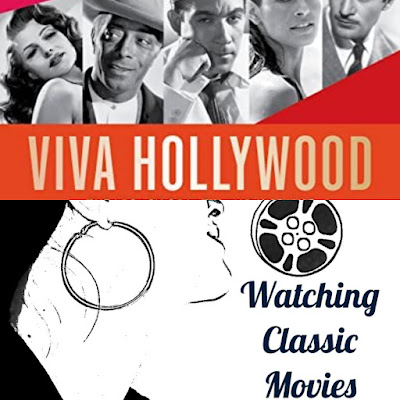 My guest, Luis Reyes, is the author of Viva Hollywood: The Legacy of Latin and Hispanic Artists in American Film. We talked about the changing representation of this varied and vibrant group in Hollywood, and artists from the popular to the underseen, while celebrating the fact that Latin and Hispanic people in film have long been an integral part of the industry with many towering accomplishments and innovations to offer.
Viva Hollywood: The Legacy of Latin and Hispanic Artists in American Film is available from Running Press.
It's out of print, but I also highly recommend Hispanics in Hollywood: A Celebration of 100 Years in Film which Reyes co-wrote with Peter Rubie. It can be hard to find, I had to borrow it from the library, but it is an impressive, extensive reference book and well worth tracking down.
More books by Luis Reyes:
Hawaii Movie and Television Book: Celebrating 100 Years of Film Production Throughout the Hawaiian (with Ed Rampell)
Made in Mexico: Hollywood South of the Border
Pearl Harbor in the Movies (with Ed Rampell)