Book Review: Frankly My Dear--Gone with the Wind Revisited 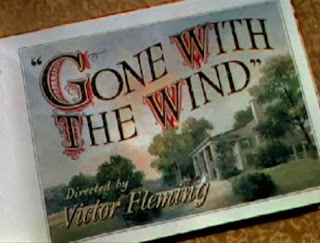 I have never been a particular fan of the film version of Gone with the Wind (1939) and I haven’t read Margaret Mitchell’s novel, but I thoroughly enjoyed Frankly My Dear: Gone with the Wind Revisited, Molly Haskell’s in-depth study of the enduring novel and film. Haskell explores GWTW from the conception of the book, through the film production, to the way both works are perceived today. Her intelligent, accessible investigation strikes a happy balance between thorough analysis and personal reflection. Though Haskell makes careful consideration of the effects of racism, sexual roles and changing society on GWTW, her most interesting observations come from her fascination with the trio of author Mitchell, producer David Selznick and actress Vivien Leigh. She makes a strong argument that these three, with their shared passionate natures, but wildly different personalities, were the driving force that made GWTW legendary. With its well-researched prose and a fair helping of Hollywood gossip, Frankly My Dear is bound to please history and classic Hollywood buffs as much as devoted fans of GWTW.