March in March Blogathon: Nothing Sacred (1937) 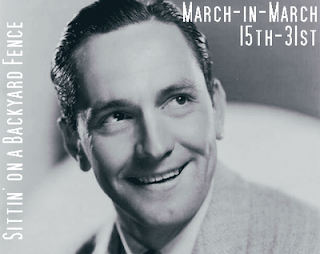 Though I love Fredric March in dramas, his comedies usually leave me kind of ‘eh.’ He tends to be a bit wooden in these roles, as if he doesn’t quite know how to loosen up. The way he sort of announces his lines in that barky tone makes it seem like he’s reading them off cue cards.

As I’ve long been aware of this aversion, my adoration of March in Nothing Sacred (1937) has confused me. Why does his performance in this movie charm me so much when there are Carole Lombard, Walter Connolly and Charles Winninger to overshadow him? Not to mention all those silly bit parts.

I’ve decided it’s got to be the slapstick. I love the way March moves in this movie. He’s goofy, but precise. While his motions are nearly always exaggerated, he never seems to lose control. For this reason, I think this is one of the best March performances to watch (I’m still not fond of the way he speaks).

I tested this theory by playing the movie without sound, and I thought he was even funnier. His double-takes, raised eyebrows and generally baffled reactions play out like a screwball ballet. 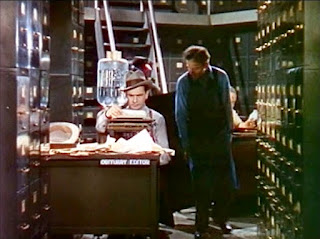 March plays Wally Cook, a newspaper reporter who is on the hunt for a new sensation to bring him back from the scandal of a faked story and demotion to the obituary department. He thinks he’s found his way back to the top with a sob story about Hazel Flagg (Lombard), a small town girl who appears to be dying of radium poisoning. Wally whisks her from her wretchedly peaceful Vermont hometown to New York, where she becomes a celebrity for facing her sure to be painful death with cheerful bravery. Hazel isn’t really sick, but she can’t resist a free trip to the big city. Wally is doomed.

Some of March’s funniest slapstick is in the scenes set in Hazel’s hometown. As he moves among the hostile and suspicious townspeople, their constant insults inspire a flurry of flinches and grimaces. It is as if these small town folks are shooting at him with tiny arrows and he’s an angry giant stomping in the main square, grunting like Frankenstein’s monster. An exchange of unintended spittle bombs between March and a huffy store keeper played by Margaret Hamilton has got to be rare if not unique in the history of the movies. Though he reacts in the exaggerated style of a silent movie actor, he somehow isn’t overacting. 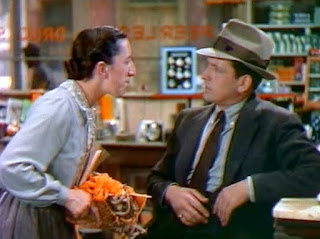 When a little boy actually bites March in the leg, you can see him almost give up. He rips his hat off his head and flings it to the ground. He doesn’t just toss it, he lifts it way over his head and gives it a good slam. I think part of the reason this is so funny is that he puts so much more energy into that than he does tending to his leg.

March uses his arms enthusiastically in Sacred. He swings them energetically when he walks and he often holds them up to protect himself. It’s as if he thinks that if he is handy enough with those appendages, he can protect himself from the insanity around him. Several times he is literally holding characters back at arm’s length, as they lean towards him menacingly, or even try to take a swing at him.

Nothing Sacred is probably most famous for a big fight scene between Lombard and March at the climax of the film. As much as I love March’s flailing in the rest of the movie, Lombard kicks his behind in this scene, at least for laughs. Her frantic puffing and uninhibited swings would overshadow anyone. Still, he makes his mark in the scene. He is an honorable straight man when Lombard has him beat.

I like the big-headed figurines in the opening credits, but what the heck? Does this look at all like March? 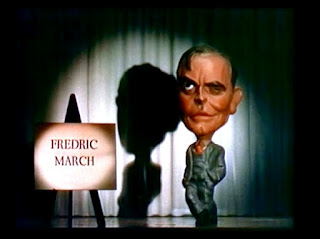