A Tribute in Song: Ida Lupino by Carla Bley 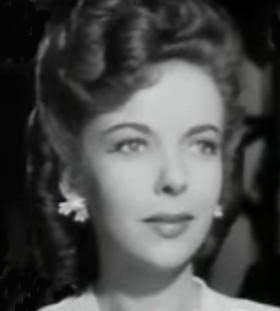 In 1964, jazz pianist, composer and bandleader Carla Bley composed an homage to Ida Lupino. It is a wistful, ambling tune, though not insubstantial. Over the years it has become a minor classic, performed by many artists and with a wide array of instrumentations, though I feel most effectively with a trio of piano, bass and drums.

I first learned of the song several years ago, while listening to an episode of the American radio program Piano Jazz with Marian McPartland on National Public Radio (NPR). McPartland’s guests were Carla Bley and her longtime partner, bassist Steve Swallow. In the interview portion of the show Bley explained that she had written her tribute because she had been struck by what she felt was Lupino’s melancholy, dreamy persona. I wish I could remember exactly how she put it, because it was such a beautiful description. At the time, I’d only seen Lupino in High Sierra (1940), but I understood what Bley meant and I agreed with her.

Then they played a gentle, meandering duet version of the song. I adored it. Though I think I would have eventually gotten into Ida Lupino’s films on my own, hearing that song for the first time definitely sped up the process. I used to have a tape of that interview; I wish I knew what happened to it. In any case, I’ll never forget that moment and how that song opened up a fascinating chapter in my love of the movies.

My favorite version of Ida Lupino is the piano solo by Bley’s first husband Paul Bley, which I have on his Turning Point LP from 1964. The Steve Swallow trio also does a nice version.
Now I'd like to know, what would Cary Grant, Jean Harlow or Carole Lombard sound like?