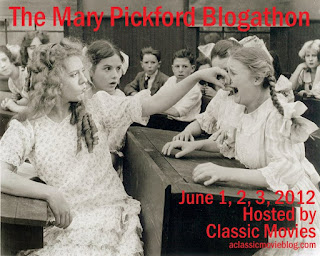 As I mentioned in my blogathon update post last week, prolific Pulitzer-nominated author David Menefee has generously offered to send a signed copy of his book, Sweet Memories to a lucky winner during the event.

The book is an entertaining fictional retelling of Pickford's early life and career as told by her mother Charlotte. I should add that the fiction is only in the dramatization. Having just read several Pickford books, I can say that this story is deeply rooted in fact. Call it a biopic instead of a documentary.

I thought it would be fun to learn a little more about David and his wonderful book. Here's what I learned from our brief exchange: What inspired you to write about this period in Mary Pickford's life?

The first decade of American filmmaking was filled with exciting and explosive developments. At first, no one thought they were forging a new art form; they were merely supplying cheap entertainment for the masses. Nevertheless, an art form did develop, one that drew elements from theater, ballet, literature, painting, music, and sculpture, and merged them into an altogether new experience.

By around 1910, this fact had become clear to certain filmmakers, and Mary Pickford was one of those accidentally pioneering in the new art. They fully realized that they were onto something unique when The New York Times began reviewing films, bestowing onto them the same respect previously reserved for theater, ballet, literature, painting, music, and sculpture.

Why did you decide to tell the story through (Mary's mother) Charlotte Pickford's eyes?

By the written accounts left by those who knew Charlotte Pickford, she was the unheralded mover and shaker behind Mary's unique and phenomenal success, involved in nearly every detail of Mary, Jack, and Lottie's careers, but someone who has remained outside the spotlight, standing silently in their shadows. Although her influence resonates through Mary's autobiography and those of others, she never wrote her memoirs, unlike Margaret L. Talmadge, who wrote The Talmadge Sisters, a memoir about Norma, Constance, and Natalie Talmadge. 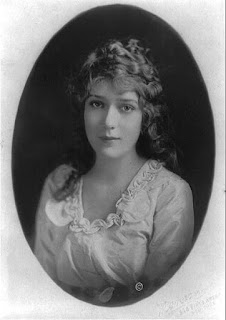 Charlotte probably would have written a memoir had she lived longer, so I wanted to give her a voice, but I desired that the voice ring true, as if Sweet Memories sprang from her and solidly reflected the facts. With Mary, any writer will be vilified if he or she strays from the facts, so I had to perform due diligence and research every written account on record and stay on a straight and narrow course with those facts. This task was difficult to accomplish, but there were enough clues in the writings of others to light the path clearly.


Fortunately, those 1909-1913 years were so full of turbulent drama that the fictionalization required was only minimal. I pieced together Charlotte's personality into a mosaic-like filter, and then channeled each incident through that screen so that the details were accurately retold from her point of view. Sweet Memories also was written to be a film, and so the story flows neatly and swiftly in a way that lends to one sitting, as it will be when the film version is made.

Would you ever consider writing a sequel to cover Pickford's Hollywood career and later life?

Yes, if I can put my thumb on the core drama around which the story will fall. There is a recurring problem with fashioning a scenario from the long life of a famous person. Most take the approach of telescoping their entire life down to about two hours, and the result always disappoints. (Think of other silent film bioflicks, such as Chaplin, The Buster Keaton Story, Valentino, The Man of a Thousand Faces.)

A better approach is just the opposite: to pluck a single segment from their life and expand and amplify that, which is exactly what I accomplished with Sweet Memories. One of the questions I would most like to pose to participants in the Mary Pickford Blogathon is: what do you think is the single most dramatic turn of events in Mary's later career? I already imagine it may be her struggle to play little girls while ever advancing in age, but I'd like to know what other people think.

You mentioned that you fell in love with Mary when you saw a showing of one of her films in a theater. Which movie was that? What about it, and her, appealed to you? 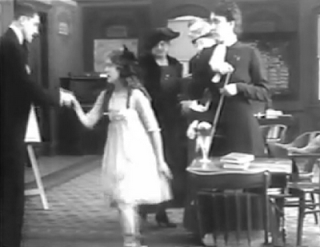 Poor Little Rich Girl (1917). Who cannot help but identify with the story of the child trapped in one set of circumstances but longing to be in another? Even when life is good, which life is for Gwen, a person can be miserable if they're not where they should be in the world. Mary's real-life kindness, rebellious temperament, fighting spirit, and radiant personality seem to glow from every scene, and the close-ups seem to penetrate her soul.

Do you have a favorite Pickford movie?


Sparrows (1926), which seems to possess a timeless quality, perhaps because the movie features so many scenes with children who were captured being themselves, not acting. That one element bestows the movie with a realism not always found in movies.

In my opinion, straying too far into theatricality contributed to the overall demise of her popularity in the 1930s, not advancing age, the transition to talking pictures, or her personal life. I also still enjoy watching the gripping one-reeler The Lonely Villa (1909), because the movie still packs a punch, and because the movie features one her very first film appearances. Those film firsts, like Lillian and Dorothy Gish in An Unseen Enemy, are moments in which we get to glimpse what we now know are the births of legends.

Thanks for taking the time to answer my questions David.

Stay tuned! I'll keep you all updated as to how you can win your own copy of Sweet Memories.
Posted by KC