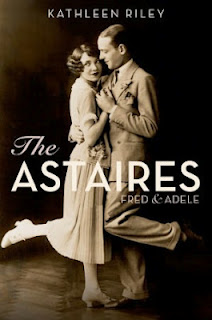 Before Fred and Ginger, there was Fred and Adele. When I started reading The Astaires, I expected that phrase would best describe this tribute to the legendary sibling dance team. I was wrong.

The gist of it is really this: maybe Fred found more widespread fame, but his charismatic older sister was the spark in their brilliantly successful partnership. Adele’s popularity was such that when she retired from the stage to marry, there was some concern that Fred would be able to make it on his own. We all know that he somehow managed to soldier on.

From their days as child hoofers to their conquest of London’s west end, Fred and Adele Astaire excited audiences with an eccentric, but well-executed performance style. The word “Astairia” was coined to describe the rapturous effect they had on their audiences. 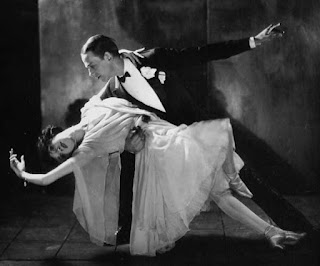 With signature moves like the wild runaround, where they would whip around the stage in circles before careening into the wings, they demonstrated a modern, lively flair for choreography, showmanship and complicated footwork. Partnerships with great composers, such as their good friend George Gershwin, also gave them a boost.

The Astaires details both the team’s remarkable professional partnership and the tight, and occasionally stifling, family bond that enveloped the siblings and their mother. Their father led a frustrating life of unrealized ambition. The early success of his children sunk him deeper into unhappiness and his marriage suffered. He essentially dropped out of the picture as the rest of his family went in search of success.

Determined to give her children every professional advantage, the Astaire’s mother was always present as a guardian and caretaker as they went on the road to perform. As a result, she strengthened her bond with them while increasing her dependence on her offspring. 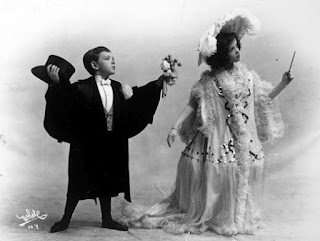 Adele could also be possessive. When Fred met Phyllis Potter, his first wife and greatest love, he found she was not welcomed in the trio. Determined to find his own happiness, he nevertheless balanced himself carefully among the women in his life, trying to keep the peace.

Though she left the partnership for marriage herself, Adele never fully released her hold on Fred. An alcoholic husband and several miscarriages left her depressed and desperate for the attention of her brother. Providing aid to the troops during World War II lifted her spirits, but for the most part, there was a  steady decline for Adele once she left the stage.

The Astaires dances elegantly among these personal stories and professional anecdotes. It is rich with detail about the era in which Fred and Adele performed, with fascinating asides about the politics, culture and overall climate of the times. 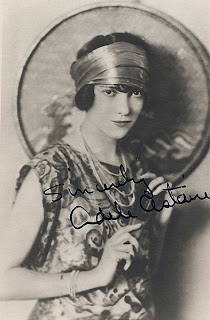 The bits about Adele were especially intriguing. After reading about her universally adored wit, talent and goofball charm, I was deeply depressed that she decided not to pursue Hollywood stardom. In fact, there has never been footage filmed of the team dancing.

As disappointed as I am that I will never be able to see this charming team at work, The Astaires did help me to envision a bit of their magic. The real deal was a gift to lucky audiences in a distant past, a flash of brilliance that has lived on in legend.

Thank you to Oxford University Press for providing a copy of the book for review.
Posted by KC