App Review: Glamour of the Gods 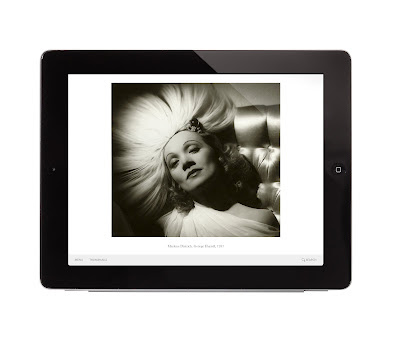 Glamour of the Gods
MAPP Editions on Itunes
2012

Lately it's been driving me crazy to see all these interesting iPad apps come out and not to be able to access them. You see, I am iPadless.

Anyway, I finally got my hands on a loaner, so I could try out the marvelous Glamour of the Gods app.

In July 2011, the Glamour of the Gods exhibition opened at the National Portrait Gallery in London . It consisted of hundreds of photographs featuring classic movies stars and scenes from the 1920s to the 1960s, all from the John Kobal Foundation. Now with the app of the same name, you can enjoy the show electronically. 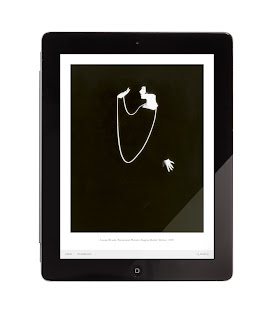 John Kobal was a devoted collector of portraits and stills from the golden age of Hollywood. He was one of the first film historians to focus attention on film industry photographer and the promotional power of the images they captured.

The app is a rich compilation of text, video and, most importantly, images. A great place to start is the 45 minute video tour of the gallery, which includes an overview of the exhibit and further exploration of select shots. Another clip explores Kobal's collections. Three extensive essays, one about pioneering Hollywood studio photographers, the other two about Kobal and his collection work both as reference and fascinating entertainment.

There's also a general biography of Kobal which I found interesting and amusing. The collector met many classic stars as a teenager. Apparently he was especially adored by the grand old actresses of the golden age.

The best part of the app, the part that had me drooling all over my poor sister-in-law's iPad screen, was the photo gallery. It has over 230 shots from Kobal's collection. I couldn't believe how beautiful they were!

Many legendary stars are included in this collection, such as Rudolph Valentino, Greta Garbo, Clara Bow and Mary Pickford. Some shots even looked familiar, though much sharper in this format; others were totally new to me. Though the shots were all wonderful, I especially liked that less well-remembered stars such as May McAvoy and Evelyn Brent got some space among the greats.

There are lots of little treats in this collection, some of my favorites: a lovely blue-tinted shot from The Ten Commandments, an artsy shot of Carole Lombard half nude in 1929 and a wonderfully campy pic of Nita Naldi in a glittering snake costume for Cobra (1925).

I imagine this gorgeous coffee table book app is as close as you could get to the exhibition without actually being there. If you check it out, enjoy the photos, but don't forget to check out the essays, because the story behind them and their collector is just as fascinating.

Thank you MAPP Editions for providing access to the app for review.

Thank you to Beth for lending me your iPad. I hope I didn't break anything. 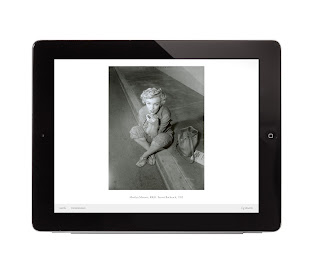