Book Review--Eartha and Kitt: A Daughter's Love Story in Black and White 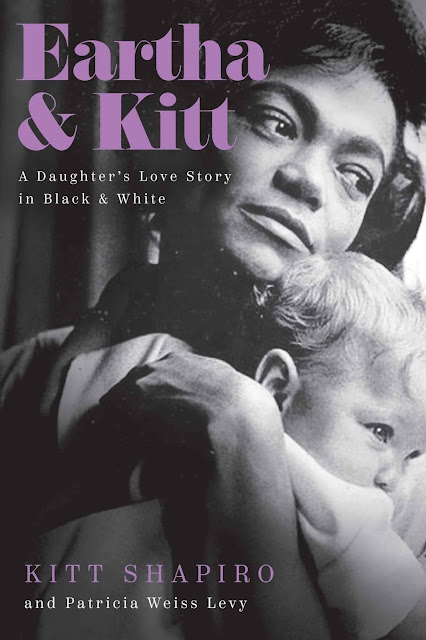 Shapiro tells a story counter to many of those told by children of famous parents. Eartha was devoted to her daughter and kept her close, taking her on airplanes to various engagements as soon as Kitt’s doctor said it was it safe. One could speculate that her constant need for her daughter’s company could be excessive, and it is revealed that need had much to do with her lonely, abuse-filled childhood, but Shapiro’s take is that she accepted and embraced her role as her mother’s companion because she wanted to fill that need and found it mutually beneficial. It’s interesting, and refreshing the way Shapiro understood her mother and committed to her with a good perspective on what she sacrificed and what she gained.

he chapters are arranged in categories, telling a somewhat chronological story of their relationship, but the overall feel is the unordered flow of a woman reminiscing to an intimate audience. Shapiro shares her mother's struggles and triumphs, recognizing the net positive of a woman overcoming brutal odds achieving an unusual level of success in a wildly adventurous life.

While Eartha Kitt did make her mark in film and television, that was only a small part of a diverse career. Shapiro likewise doesn’t devote much attention to her career as an actress, though she does share a few interesting insights. She recalls watching classic films with her mother which were sometimes cast with stars who she had befriended or shared the screen. There’s also a touching moment where seeing Eartha by chance in an old television show gives her much needed strength.

Overall this is a tender and engrossing story. Shapiro shares the complications and blessings of her remarkable relationship with her mother with grace and an understanding that leading with love often means forging your own path.