On Blu-ray--In the Shadow of Hollywood: Highlights from Poverty Row 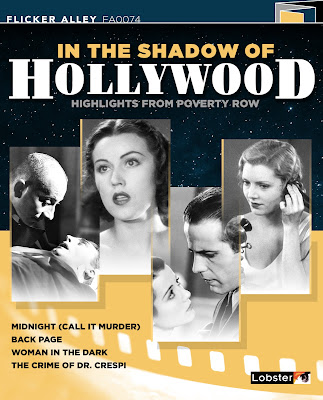 It’s important to remember that poverty is a lack of resources and not necessarily of quality. That is precisely the way to view the new 4-film Blu-ray collection from Flicker Alley, In the Shadow of Hollywood: Highlights from Poverty Row.
The independent features made with fewer resources outside of the major studio system have long suffered a bit of an image problem. While they are low-budget productions that due to the structure of the distribution system were never expected to make much money, the restrictions forced upon them didn’t hamper the creativity of the filmmakers who helmed them and in some respects made for better films.
The films: Midnight/Call it Murder (1934), Back Page (1934), Woman in the Dark (1934), and The Crime of Dr. Crespi (1935) were all made as the production code was reinforced with new vigor, leading to further challenges. They were made by companies that rented studio space and were often unable to afford to continue past make a few films or even just one. Intended to be modest ‘B’ flicks to serve as the bottom half of double features headlined by more plush ‘A’ films, they were by necessity short (one aspect of these films that I love; an hour and change is a perfect length), limited to spare sets, and produced quickly.
At the time these productions were typically populated by performers and filmmakers looking to break into the industry or former top-liners limping to the end of their careers. They weren’t something to brag about, though as can be seen in the performances of stars like Humphrey Bogart, Fay Wray, and Erich von Stroheim in this collection, they could be a platform for great performances. The special features in theset, including a booklet essay by Jan-Christopher Horak and audio commentaries by Horak, Leah Aldridge, Emily Carman, and Jake Hinkson are particularly valuable here as context makes the accomplishments of these films all the more remarkable. 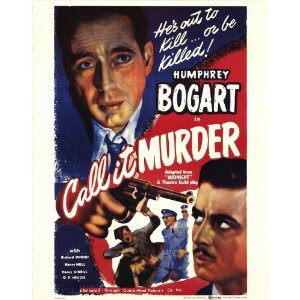 Midnight/Call it Murder (1934) stars O.P. Heggie (most famous as the hermit in Bride of Frankenstein [1935]) stars as a morally rigid jury foreman who feeling the weight of his influential decisions on a murder trial when he believes his own daughter (Sidney Fox) commits the same crime. A fresh-faced and sleazy Bogart plays the daughter’s less-than-loyal lover and shows an early hint of his magnetism. I found this to be the least effective film in the set, but it was interesting to see an elderly man in a rare lead. 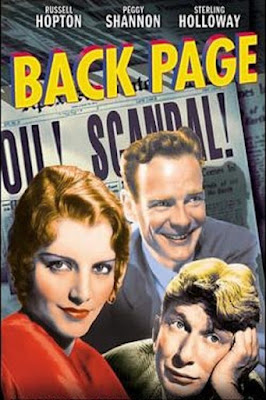 Back Page (1934) is an antidote to every film in which a woman is cured of her ambition by marriage. Peggy Shannon stars as Jerry Hampton a sharp-witted, determined reporter who quits (in a fashion) her big city reporting job on principle and then talks her way into the role of editor for a small town paper. Her staff is small and it seems that the local news will be lacking in excitement. Then she uncovers an oil well scandal and changes the power structure of the entire town as she uncovers the facts. It’s fun to watch Jerry foil the suits with her city smarts; they’re smug in their wealth and power, but they haven’t a clue what they’re up against. Sterling Holloway (most famous for his Disney voice acting, including Winnie the Pooh) is charming here in an early role. It’s a refreshing film because Jerry is never humbled or made to feel less than human for having ambition. Sure her boyfriend wants to marry him and settle down, but he supports her career wholeheartedly, something rare in both the films of the time and those to come in the decades to follow. 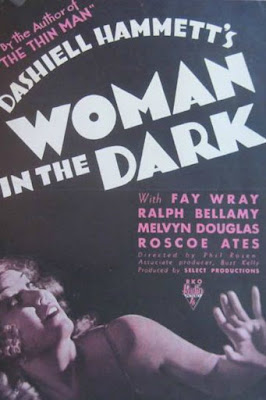 Woman in the Dark (1934) is a great dramatic showcase for Fay Wray, who rarely got the meaty parts, though she was always more than a pretty face. Here she is striking in her early scenes, stumbling through the forest in a satin evening dress, distressed, but clearly a survivor. The story is about John Bradley (Ralph Bellamy), a recent ex-con whose bad temper always gets him in trouble and Melvyn Douglas is wonderfully oily as his nemesis, but they both fade away when Wray is on the screen. She expresses the vulnerability and fear of a woman who can't get rid of a toxic suitor with acute sensitivity. The film is an adaptation of the novel of the same name by Dashiell Hammett. 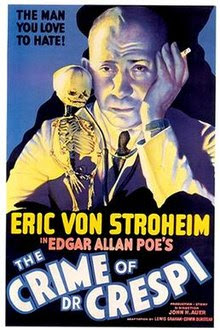 My favorite film in the set is the creepy The Crime of Dr. Crespi (1935). Based on the Edgar Allen Poe story The Premature Burial, it stars Erich von Stroheim as an alcoholic, ill-tempered doctor who blames his unhappiness on the loss of Estelle (Harriet Russell), the woman he loves to Dr. Stephen Ross (John Bohn) a man who also has the nerve to be more successful than him professionally. When Ross is in serious car crash, Crespi successfully operates on his rival, but plots to engineer his death by other means. Director John H. Auer crafts a dark world of Venetian blind shadows and off-kilter angles much like that of the German Expressionists. It’s the most artfully crafted film of the set because its design is so deliberate and bold. An effective cast, with a gallery of fascinating faces also helps. While von Stroheim was at a low point in his career when he made the film, his is a great performance of menace and nastiness.
This is a remarkable collection. I’ve already watched a couple of these films multiple times. They’ve got great characters, good pacing, and seeing them in beautifully-restored prints makes them evoke utility and craft more than poverty. Here's hoping there will be more volumes to come.
Many thanks to Flicker Alley for providing copies of the films for review.
Posted by KC