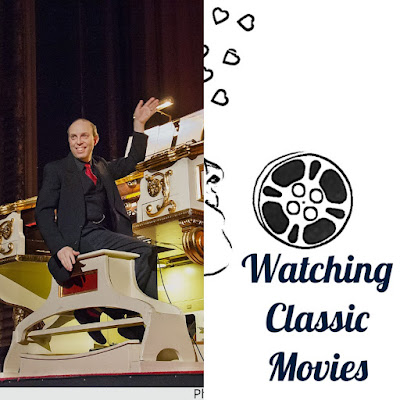 I’ve been fascinated by silent film accompanists ever since I saw an organist playing jaunty tunes for Charlie Chaplin shorts at a local pizza parlor as a kid.

Accompanist, composer and film historian Ben Model has accompanied silent films since his college years. His career has taken him around the world. In pandemic time, he’s found a new international audience from his living room, streaming comedy shorts and live accompaniment via The Silent Comedy Watch Party with his co-host, film historian Steve Massa.

We talked about Ben’s unusual career, creating the perfect score, and how to reach an audience whether they think they like silent movies or not.

The show is available on Spotify, PocketCasts, Breaker, Stitcher and Radio Public.
Watching Classic Movies podcast is also now available on Apple Podcasts! If you are enjoying the show, please give it a 5-star review.
You can learn more about Ben Model at his website
Watch The Silent Comedy Watch Party